The Big Dam Bridge 100, Arkansas’s largest cycling tour, is this Saturday, September 26. The event,  is celebrating 10 years. According to a news release sent from race directors, the event is expected to draw around 3,000 riders from 30 states and throughout Arkansas. 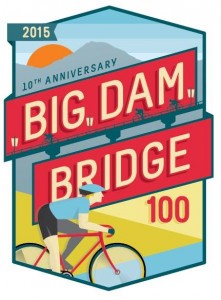 Each year, thousands of cyclists from around the country participate in the annual event. The routes take riders across Central Arkansas and the Big Dam Bridge, a landmark in the city and the world’s largest bridge built specifically for bicycle and pedestrian traffic.  Participants have a chance to take on routes from 10 to 100 miles. The start line is at Riverfront Drive and Willow in North Little Rock and the finish line is on Main Street in the Argenta Arts District of North Little Rock. Riders start at different times depending on which designated corral they are in. The corrals for the race open at 6 a.m. and riders in the blue corral start at 7 a.m., those in the yellow corral start at 7:10 a.m. and those in the green corral at 7:25 a.m.

After the race, a finale festival will have food, drinks and entertainment for participants and spectators. That night after the race, there will also be a Big Dam Blues Festival, a fundraiser sponsored by KABF. 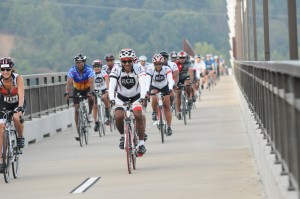 Also of note, a day before the race (Friday, September 25) the Old State House Museum in Little Rock will be the scene of  “Gears and Beers”.  This event is open to all riders and features entertainment and tours of the museum’s current “Different Spokes” exhibit. The exhibit showcases the history of bicycling in Arkansas and will be at the museum until next February. Via artifacts, photographs and videos, visitors get a glimpse into not only the history of Arkansas as a bicycling destination, but also the technical advances of cycling in the past 130 years.

Registration for the Big Dam Bridge 100 is available online at the race website at bigdambridge100.com until 8 p.m. on September 23.  Onsite registration and packet pick-up will be at Statehouse Convention Center in Little Rock September 24-25. For more details on the race, visit the race site  here or their facebook page here. 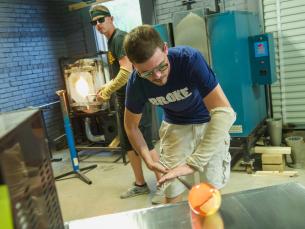 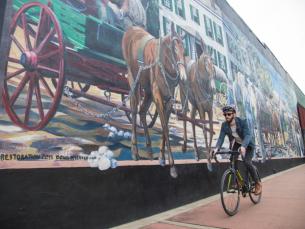