A new National Park site in Hope will help ring in the new year for Arkansas.

Since opening, the museum has welcomed over 83,000 visitors from 159 countries.  “People want to know about the family and people who planted seeds of ideas in the heart and mind of a child who would become president and influence the whole world,” said Museum Director Martha Berryman.

The two-story white frame house (which belonged to Clinton’s grandparents) on South Hervey Street was where Clinton lived from his birth in 1946 until age four. The house is furnished with items that date to time period when Clinton lived there. Clinton moved to Hot Springs when he was seven but the Hope home served as the center of his family life (he spent summer’s and weekends there) until his grandfather, Eldridge Cassidy, died in 1956 and the house was sold.

The home was occupied until it was acquired by the Clinton Birthplace Foundation (created in 1993) during Clinton’s presidency. Restoration of the home began in 1995 and it opened to the public two years later. Efforts began immediately to position the site to become a National Historic Landmark (achieved in 1997) and to begin the legislative process to present the site to the National Park system. After many sessions of congress and many dedicated legislators it was finally signed into
law by President Obama last March. The Clinton Birthplace Foundation is gifting the site to the National Parks.

According to Berryman, who has worked in field of history and museums for 30 years, the National Park site, coupled with the soon to be completed Amtrak stop in town, will be a huge boom to the area.

“The most rewarding aspect of my work during these almost five years as director has been our international visitors,” added Berryman who concludes her tenure as museum executive director this month. “They come with such a profound respect for
what Clinton has done in their nations and lives and they share stories about his work that pierce the heart. They are not concerned with politics of Democrat or Republican, they only see the results of his diplomacy. It was in this house and from this family that President Clinton learned such effectiveness.”

Taking the lead as superintendent of the National Park site will be Laura Miller, who has served as chief of interpretation at Little Rock Central High School National Historic Site since 2001. Previously, she was the executive director for the nonprofit
Central High Museum, Inc. that started the first visitor center at the site.

“I’m looking forward to working with this dynamic local community to start a new park,” said Miller. “I was involved with the Central High site from the very beginning and I’m looking forward to planning and developing a new site, particularly since we have such a wonderful head start provided for us by the Clinton Birthplace Foundation board and staff who restored the home and have been operating the site for many years now.”

According to Miller there will be some changes visitors will notice after the January transition. “The most obvious will be the presence of uniformed park rangers providing tours of the home and conducting interpretive programs at the site,” she
said. “I hope we soon can begin conducting programs for area schools and I certainly want to partner with the University of Arkansas Community College at Hope to bring in guest speakers and other dignitaries so that students, as well as the larger community, can participate in discussing issues that affect the community, nation, and the world. President Clinton was known for his statesmanship as president, and for his global initiative now, and I see tremendous potential for this site to engage students, visitors, and others about these vitally important issues that we all face in this global community.”

Miller said preserving historic sites enables communities and visitors to connect to their shared history. “President Clinton spent his first formative years in Hope and certainly credits his family and the community with helping shape his understanding of the world and influencing his development into the international statesman he has become,” she said. “Being part of a larger National Park system will enable us to have access to wider venues to share the stories of President Clinton’s childhood, and also draw speakers and visitors from around the world to share their own perspectives of what Mr.
Clinton’s legacy has meant to them.”

More information about The President William Jefferson Clinton Home National Historic Site can be found at
www.nps.gov/history/nr/travel/presidents/. The site is located at 117 S. Hervey Street. 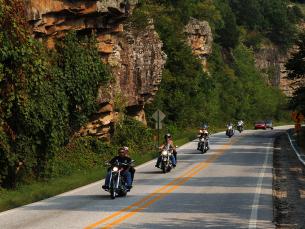