Known as a fishing and water sport hot spot, Moro Bay State Park is the only Arkansas state park on the lower Ouachita River. 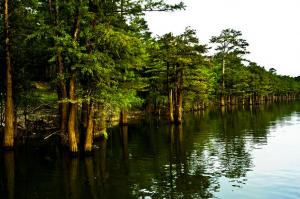 “Moro Bay is a smaller park in a less populated area of the state that many people still don’t know about,” said Paul Butler, superintendent of Moro Bay State Park near Jersey. “This makes the park unique in that it offers visitors the opportunity to experience the outdoors in a way that busier locations can’t–in a setting that is remote and natural yet remains uncrowded.”

Moro Bay and Raymond Lake join the Ouachita River at the park, which is located around 20 miles northeast of El Dorado.  A chance to reconnect with nature and connect to these waters is often a lure for visitors.

“Parks are meant to be places where people can unplug,” said Butler. “We all need to remove ourselves from the stresses of work and urban lifestyles sometimes. We are often too busy racing through each day to pay the bills and getting to the next day that we sometimes don’t stop long enough to realize what we have and what is around us. We forget to take in the sunrise and notice the colors in the sunset with the ones we love.”

For those interested in visiting the park, there are five fully-furnished cabins available to rent if your plans call for an overnight stay. The cabins overlook Moro Bay and have a screened-in deck with a view of the river. If camping is more your style, the park also has 20 campsites along Raymond Lake.

Butler, who has worked at Moro Bay State Park since 2005, shared a sample itinerary for visitors with only one day to experience the park. “I would rent a cabin or a campsite and grill out over the campfire with my family,” he said. “Then I’d get up early and check out the wildlife and birds along the Low-Water Trail. On the way back, I would explore the old ferry exhibit and stop by the visitor center to sign up for a boat tour and see the live alligator in one of the exhibits inside. The tour explains the park’s rich history and how the waterways and habitat come together here. Next, I would rent a kayak and head towards the Sandbar for an afternoon of swimming.  After swimming, I would go back to rest and eat for a little while. Then, I would take the kayak into the bay with my fishing gear and see if I could land a largemouth bass or two while watching the sunset.” 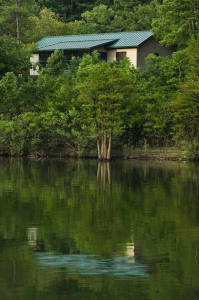 Fishing from a bank or boat is popular at the park. The waters here are home to bass, bream, crappie, and catfish. Wildlife at the park includes a range of mammals like fox, white-tailed deer, river otters, and squirrels. Birding is also popular.

“I have been out birding quite a bit lately and have been seeing some wood ducks, hooded mergansers, sparrows, warblers, cardinals, phoebes, titmice, and juncos on a fairly regular basis,” said Butler. “I have also been getting some photos of mature and immature bald eagles at the mouth of Raymond Lake where it meets the Ouachita River.”

Butler added that the park is a great place to view the woodpeckers of Arkansas too, including the northern flicker, pileated, red-headed, hairy, downy, red-bellied, and yellow-bellied sapsucker. “Though most of these species can be seen throughout the state, it is uncommon to find a place where you are likely to see them all in a 30-minute period,” he said. “The great part is you can usually find them all without walking more than a couple hundred yards from the road along the Low-Water Trail.”

Being on the water via boat or kayak is also a highlight of the park.

“The kayaking here is great as we have the Ouachita River, Moro Bay, and Raymond Lake to kayak and you can see wildlife, big cypress trees, and great sunsets,” Butler said. Visitors can rent solo and tandem kayaks from the park visitor center. There are also pedal boats, bicycles, and 16 -foot flat bottom fishing boats with 15 horsepower motors for rent at the park. For visitors with their own barge or boat, the park also has the only marina on the Ouachita River in Arkansas with gas and boat slips for rent.

Before railroads, the Ouachita River was a main route of travel in the region. “There has been a ferry here since 1828 and up until 1992 it was the only way to cross the river from Bradley County to Union County,” said Butler.

Butler noted that from 1965 to 1992 the Modern Ferry, which includes a tug and barge, was operated by the Arkansas State Highway and Transportation Department and made about 250 trips a day shuttling cars back and forth across the river. In 1992, the state finished building bridges over Raymond Lake and the Ouachita River.

“At that time the ferry was donated to the park and since then it has been on permanent display close to where it used to be in operation,” said Butler. “Visitors can walk on it, explore the deck hand box and tug, and check out the history by reading the wayside exhibit panels.”

In researching the history of the park, Butler has learned about the Hunter and Dunbar Expedition, the Choctaw Trail of Tears, the Civil War, and the Moro Bay Ferry, which all crossed the Ouachita River at Moro Bay at one time or another.

However, being an avid outdoorsman and nature enthusiast, Butler was particularly intrigued by a story that ties into the important role that state parks play in Arkansas and throughout the country. 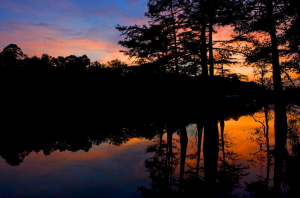 “I discovered that the area across the river from us, named Pigeon Hill, was named after the passenger pigeon,” he said.

One of the most numerous bird species in the world in its prime, the passenger pigeon was once common all over North America. The bird species went extinct from overhunting and habitat loss in the early 1900s.

“This story, and others like it, began to open people’s eyes to the need to set aside special places to protect our natural resources so that everyone has a chance to enjoy them,” said Butler. “This thinking gave rise to the establishment of the National Park System under President Wilson. The federal government couldn’t possibly take on the task of managing all the places that needed to be protected and shared with everyone, so states were also setting aside places to be protected as state parks.”

Moro Bay State Park is located around 20 miles northeast of El Dorado on U.S. 63. In addition to this park, other outdoor options in the area include the Felsenthal National Wildlife Refuge. The refuge is located 18 miles southeast of Moro Bay on the Ouachita River. 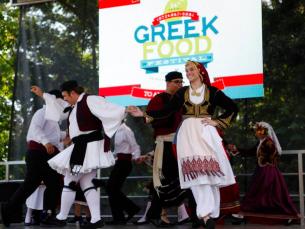 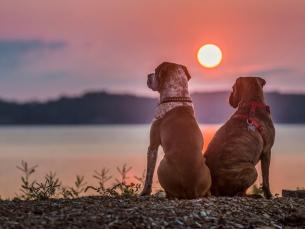