Good news for fans of music, arts and culture: El Dorado will soon be unveiling the first phase of the Murphy Arts District (MAD), a $100 million dollar development project that centers on a state-of-the art music, entertainment and restaurant complex.

The district will officially be unveiled to the public on September 27 and a five day line up of artists have been secured for the celebration including musicians such as Brad Paisley, Smokey Robinson and ZZ Top.

The $54 million Phase I section of the project includes the opening of the Griffin Building, which will house a farm-to-table restaurant, cabaret lounge and 2,000-seat music hall. The renovated building has an interesting history as it was once an assembly center and showroom for Model T Fords.

The Griffin Building overlooks a new 8,000-capacity outside amphitheater and a two-acre children’s playscape, billed as the largest in Arkansas, and an outdoor farmers’ market will also be next door.  The MAD district is named after three well known companies that call the city home: Murphy USA, Murphy Oil Corp., and Deltic Timber Corporation.

The town has a rich arts culture. “What few people know is that this town has a very old and impassioned history in the arts,” said Austin Barrow, president and COO of El Dorado Festivals and Events via a news release. “The South Arkansas Arts Center is celebrating its 53rd year and the South Arkansas Symphony, the state’s oldest, has turned 61. This is the renaissance of El Dorado, the rebirth of a soulful city.”

El Dorado also has a rich history as a oil “boom-town” of the 1920s. The town lived up to the promise of this name when oil was discovered a mile west of the city in 1921. The resulting gush of prosperity led to an architectural boom still reflected in the city’s restored downtown, now filled with renovated 1930s style buildings and many historic buildings on the National Register. Downtown has many shops, stores, restaurants, and nightlife options located near the 1928 Union County Courthouse. Downtown is also home to Oil Heritage Park, which pays homage to the city’s boom-town history.

Many annual festivals also take place in town such as MusicFest El Dorado, which will celebrate its 30th year this September as a part of the MAD lineup. The second phase of the MAD development will include a $32 million renovation of the 1920s Rialto Theater and the creation of a 10,000-square-foot art gallery, exhibition hall and artist in-residence quarters.

Tickets for the grand opening of MAD will be available in July. The full artist lineup for the celebration is below. For more information, visit ElDoMAD.com. 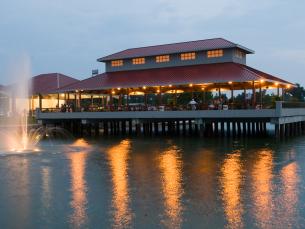 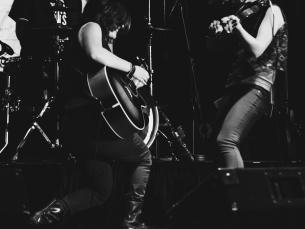