There are a lot of things that make October a perfect month in Arkansas—the weather is crisp but not yet cold, landscapes are ablaze with turning leaves, and pumpkin patches and corn mazes are in full swing. In Central Arkansas, October means another very important thing: food. Every weekend of the month brings multiple opportunities to celebrate local flavors by pigging out at unique food events. 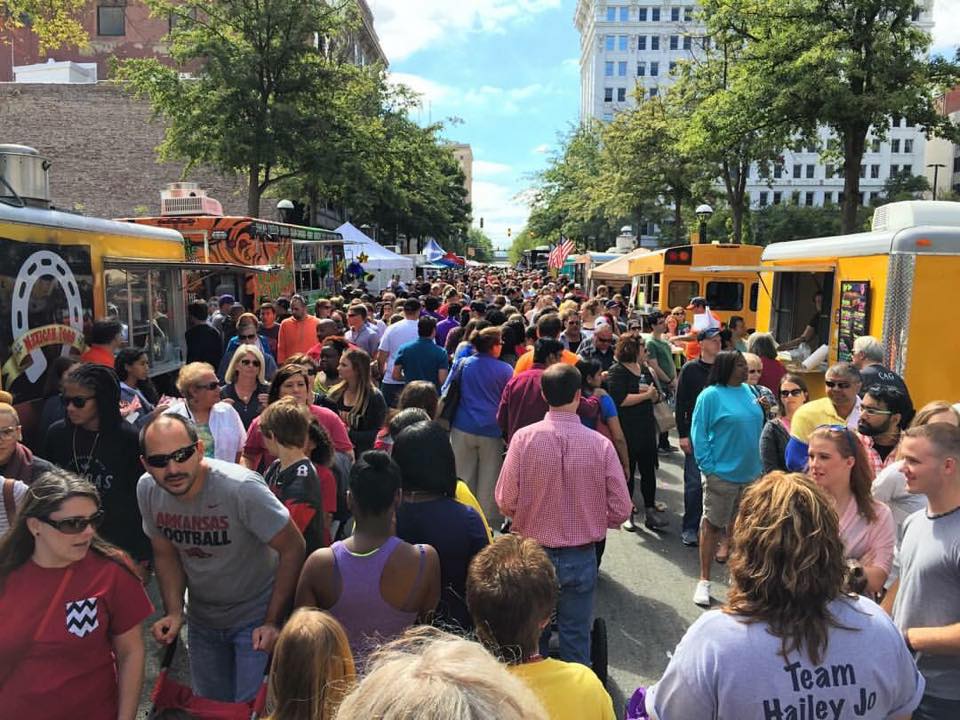 The 7th Annual Main Street Food Truck Festival will once again take over several blocks of downtown Little Rock and fill them with more food options than you can shake your chicken-on-a-stick at. Upwards of 50 food vendors—plus artisans, buskers and other entertainment—will be parked along nine combined blocks of Main Street and Capitol Avenue. Last year’s festival saw a record 50,000 eaters in attendance, so it’s a good idea to read up on the trucks in advance and make a game plan (i.e., gather a crew and get there early). The festival runs from 11 a.m. to 5 p.m.; for more information, please visit http://www.mainstreetfoodtrucks.com.

While technically not a food festival, the Arkansas State Fair should be on every foodie’s radar for two reasons. 1) Fair food has always been fun, but when things like fried butter and chocolate-covered bacon started showing up at fairground stalls, it became clear that there was a lot of untapped creativity in the world of fair food; aren’t you dying to know how they’ll top last year’s sweet tea on a stick? 2) Don’t forget that there are dozens of food categories in the Creative Arts competitions taking place all week in the Arts & Crafts building. The judges might get to do most of the tasting, but you can find a ton of future inspiration browsing offerings in categories like pie, cookies, cakes, rice, canning and preservation and more. 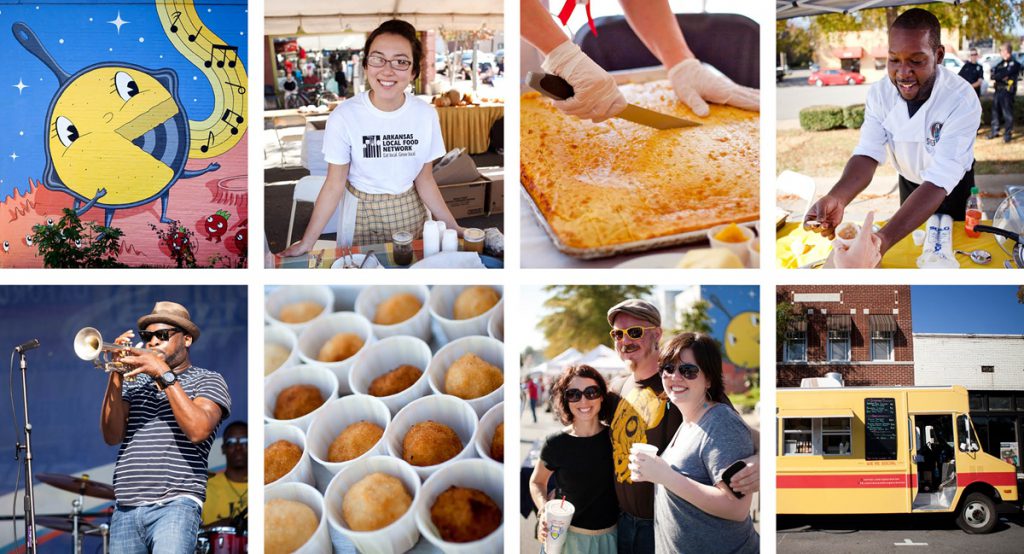 This weekend is the first of two consecutive Arkansas originals: The 6th Annual Arkansas Cornbread Festival. This anchor event for Little Rock’s South Main Street district—it inspired the often-grammed “dancing skillet” mural on the side of the ESSE Purse Museum—is a true Arkansas original, drawing thousands of cornbread aficionados to sample dozens of amateur and professional entries. And the festival isn’t just about cornbread; there will be local bands, breweries, vendors, games and kids’ activities as well. The fest takes place from 11 a.m. to 4 p.m.; for more information, visit https://www.arkansascornbreadfestival.com.

Rounding off our month of utter gluttony is perhaps the most gluttonous—or at least the gooiest—festival of them all: The 7th Annual World Cheese Dip Championship. Lest we invoke the wrath of the great state of Texas (again), there is a solid argument to be made that cheese dip was invented in Arkansas. And even if it wasn’t, there’s no arguing that we created the World Cheese Dip Championship, which also draws thousands of people to sample both amateur and professional creations, usually with tortilla chips, but sometimes just sipping the molten yellow sauce straight from its tiny cup. The event will take place on the grounds of the Clinton Presidential Center from 11 a.m. to 3 p.m.; superfans are advised to arrive early to avoid shortages.

Not into food? Or just too stuffed even thinking about it? Here are a few more noteworthy festivals and events taking place in Central Arkansas in October: