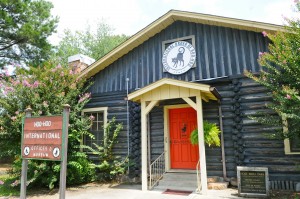 Gurdon was founded in the late nineteenth century, one of many timber towns located along a railway. The town is famous for its role as the founding place of the International Concatenated Order of the Hoo Hoo, the oldest industrial fraternal organization in the nation.

This lumbermen’s fraternity was founded in 1892 by six lumber industry workers stranded in town by a train derailment. 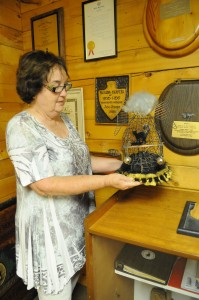 “The trains were not running so they ended up staying in this place called the Hotel Hall,” said Beth Thomas, who works at the International Headquarters and been a member of the association since 1993, the year they let women in. “And when they were there-that is when they started talking about starting an organization that would promote the lumber industry that would be fun and not boring.”

That day they also coined the name Hoo-Hoo as the name they wanted to carry their mission. “It was a word one of the men (a journalist named Bolling Authur Johnson) had been using to refer to anything that was strange or unusual,” said Thomas. “And they wanted our association to be unusual. We had no history, so they decided to go back and use Egyptian history. You’ll see the black cats throughout the museum. Their tail always make a 9 and of course a cat has nine lives.  Our mascot is the black cat.”

The name Hoo Hoo is also said to refer to a tuft of hair ( 9 strands) on the bald head of the first president of the organization.

And the creativity didn’t stop there. “We didn’t want to call our president, ‘president,’ because again we wanted to be different. Bolling Authur Johnson, his imagination was big, had been reading Alice and Wonderland and Lewis Carroll had also written some poems called The Hunting of the Snark. So we refer to the president as ‘Snark’ and he is known as ‘Snark of the Universe.” Right now our Snark is from Australia.

There have been some high profile members over the years. Elizabeth Taylor accepted the title of Miss Hoo Hoo in 1948. And two U.S. presidents have had membership in Hoo-Hoo. Theodore Roosevelt was given the prestigious membership number 999 for his work promoting the importance of forests. Warren G. Harding was inducted in 1905.

The Hoo-Hoo Monument in town pays tribute to the organization. Since 1927 it has served as a point of interest for visitors and locals alike. It is located in downtown Gurdon where Main Street crosses the Union Pacific Railroad tracks. The bronze tablet in the monument is cast from pennies donated by members and was designed by famed sculptor, Zolnay. 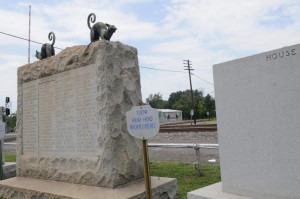 The Hoo-Hoo International Museum and headquarters building are also located on Main Street in a renovated 1930s WPA log cabin. The museum was established in the 1980s. Over the years the organization’s offices had been in different places ( including Boston) but it was always the intent to bring it back to Gurdon,  the birthplace of the association.

In the 1920s the organization started forming into clubs. They have had clubs in every state except West Virginia and Delaware. In the 1960s Australia came in. They are international now with clubs in New Zealand, Malaysia, Indonesia, etc.The national colors of every country where Hoo-Hoo is represented are flown in front of the museum.

At the height of the organization’s popularity, membership totaled more than 13,000. Though initially the organization was for those that worked in the forest industry, Thomas said currently anybody can become a member that has an interest in the industry.

“To think that six people could get together in a small rural town and decide they are going to start [an association],” said Thomas.  “And here we are 120 something years later and it is still alive and active.” 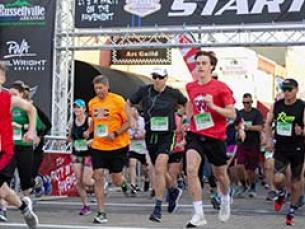 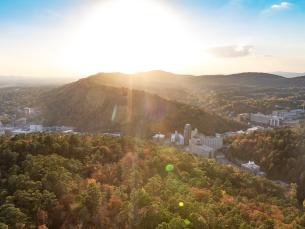