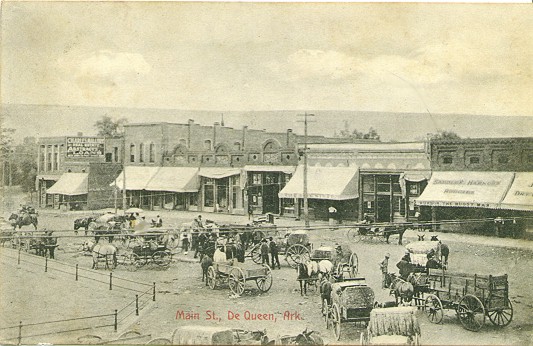 The annual Hoo-Rah Days festival in De Queen is this week: October 11-12.  The festival, which celebrates the heritage of the town, is held at the Sevier County Museum. This year’s theme celebrates the history of downtown De Queen, which was added last year to the Arkansas Registry of Historic Places.

For the festival the museum will open for tours with a special display of original downtown De Queen memorabilia. There will be vendors and also live music on Friday night from The Crossroads Band from Texarkana. On Saturday there will be a fiddling contest at 11 ( at the annex porch of the museum), live music, vendors, knifemaking and blacksmithing demos, a civil war encampment, a truck and tractor show and more.

De Queen has quite an interesting story. The town has roots in a frontier tent settlement called Hurrah City.  When the Kansas City Southern Railroad (The Kansas City Southern railroad connects Kansas City, Missouri with the Gulf of Mexico at Port Arthur, Texas) came through in the late 1880s, a Dutch coffee merchant, Jan de Goeijen, in joint effort with railroad magnate Arthur Stilwell, raised money to finance the town.  Most of this money came from Holland.  Because of this, Stillwell wanted to name a town after de Goeijen.  Since no one could pronounce his name, they called de Goeijen, “Jack De Queen”. De Goeijen chose Hurrah City as the town he wanted to be named after him so that’s how De Queen got it’s name.  An interesting tie is that the town of Mena (in Polk County) was named for de Goeijen’s wife, Mena Janssen de Goeijen. The Sevier County Museum is located at 717 Walter J Leeper Drive. 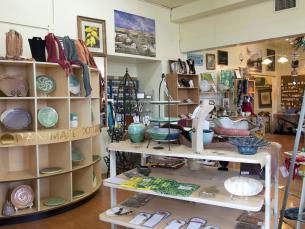 Exploring the art and history of downtown Pocahontas 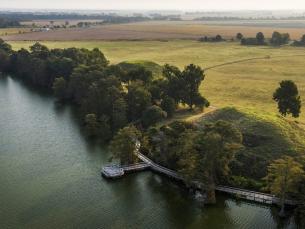