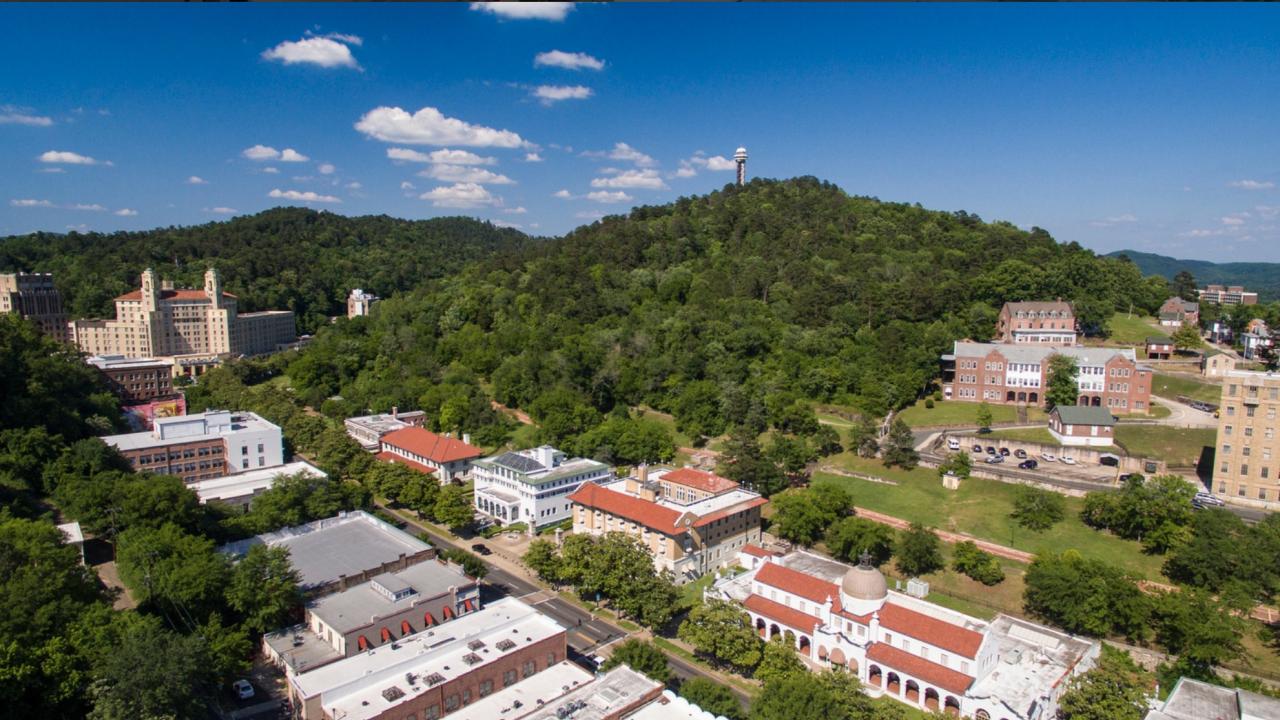 A century ago, people traveled from across the nation to enjoy the thermal waters of Hot Springs National Park. All the bathhouses on Bathhouse Row were open and many were coming in care of doctor’s orders to seek relief from various health issues by soaking in and drinking the thermal waters. Today, 100 hundred years later, two of the bathhouses on Bathhouse Row continue to offer thermal baths and visitors continue to come to this national park to relax and soak in the famous thermal waters and enjoy the surrounding beauty of the Ouachita Mountains.

Hot Springs National Park’s namesake attractions are the reason the park was first set aside for protection in the first place. The park’s 47 protected springs, whose water is a truly hot 143 degrees (F), were the first and continue to be the only federally controlled hot springs in the nation that are managed for both public health and consumptive use. Visitors can taste the water at one of the various jug fountains located around the park. Every year, nearly 1.5 million visitors have the opportunity to fill vessels with the hot spring water to take home. 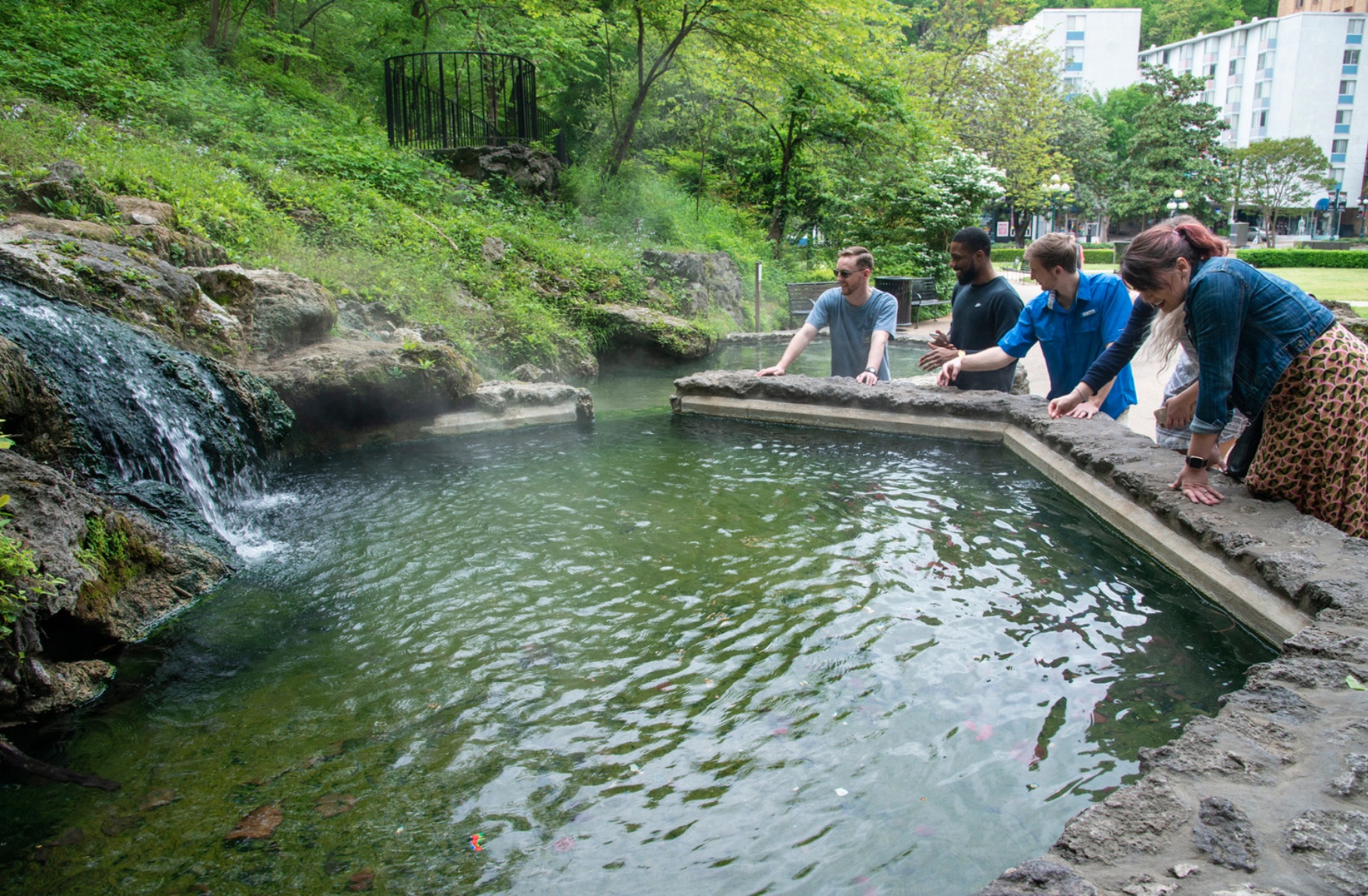 Along with these features, Hot Springs National Park, which does not have an entrance fee, has 5,500 acres to explore including over 25 miles of hiking trails that lead to scenic vistas and to destinations like the Hot Springs Mountain Tower, which provides an aerial view of downtown Hot Springs and the surrounding Ouachita National Forest. Pets are allowed throughout the park and on all trails, but not in federal buildings.

The park is also still known for Bathhouse Row, which is now a National Historic Landmark District and home to eight picturesque bathhouses, most built in the early 1900s. The Fordyce Bathhouse serves as the park’s visitor center. The Fordyce opened in 1915 and owner Colonel Samuel Fordyce spent over $200,000 dollars to build the facility, which became known as the most luxurious bathhouse in the city at the time and a beacon of prestige in town. President Franklin D. Roosevelt visited the Fordyce in 1936 when he came to Hot Springs to celebrate the Arkansas Centennial. 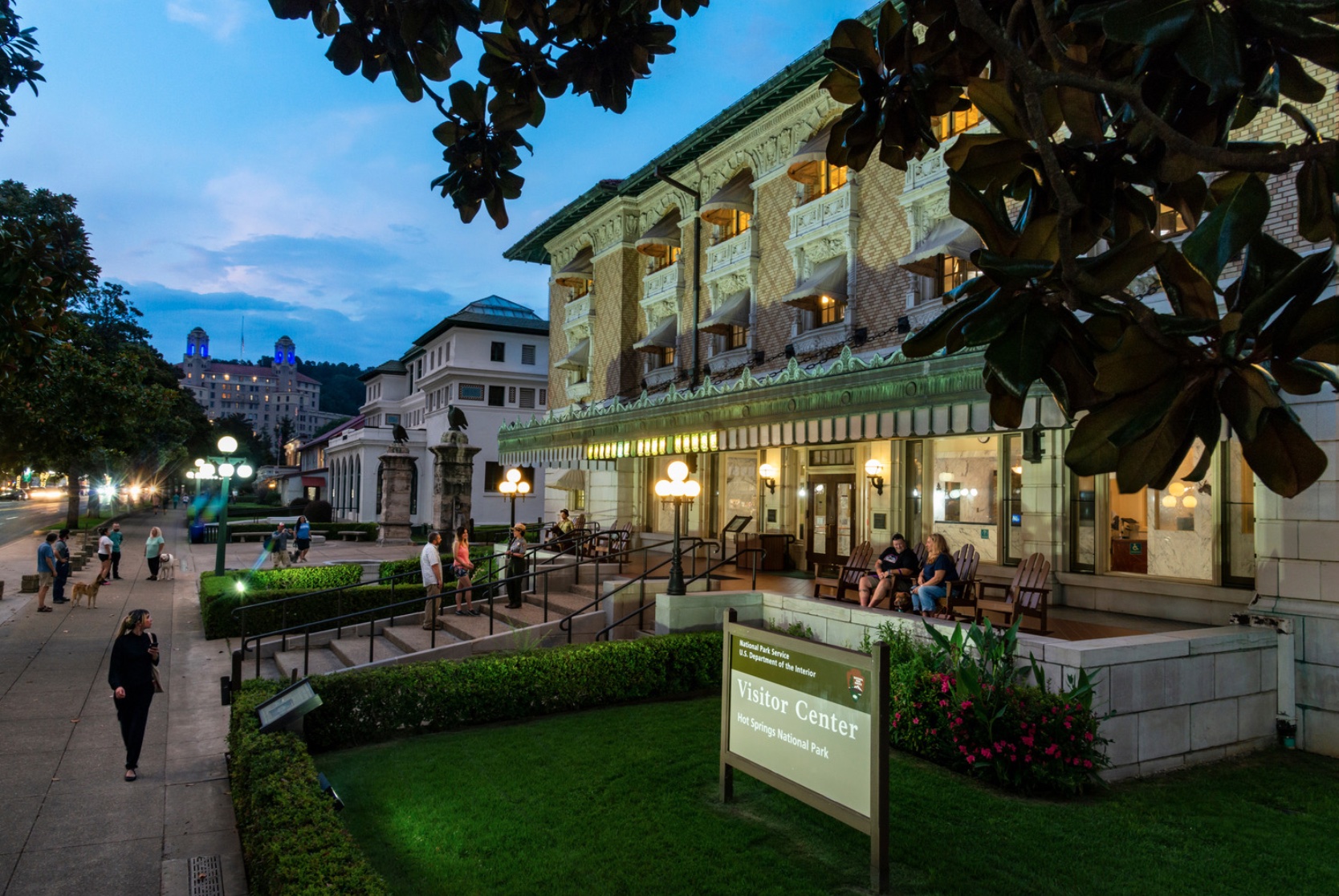 The Buckstaff Bathhouse, which has operated continuously since it first opened in 1912, and the Quapaw still operate in their original capacity as bathhouses and have thermal spa treatments available. The Superior Bathhouse Brewery currently makes its own brew on site and aside from standing out for using thermal spring water as the main ingredient, it also lays title to being the first brewery inside a national park. The Hale is now a boutique hotel called Hotel Hale; the Lamar Bathhouse is the Bathhouse Row Emporium; and the Ozark Bathhouse is now the Hot Springs National Park Cultural Center. The Maurice Bathhouse is the only bathhouse on the Row that is vacant. When touring Bathhouse Row, one should be sure to see the park’s namesake attraction. However, it should be noted that these are not thermal springs that you can jump into as they are 143 degrees (F), thus very hot.

Thermal springs occur elsewhere in the U.S., particularly where there has been recent volcanic activity. However, the water of Hot Springs National Park is quite rare and an unusual set of geologic conditions of the Ouachita Mountains created and maintained the flow of hot waters here. The spring water starts out as rain falling on nearby mountains and takes about 4,400 years to travel roughly 6,000 feet deep into the Earth before reemerging at more than 40 springs.

Hot Springs National Park is an urban park located in the city of Hot Springs, so places to stay are plentiful as are the many shops, restaurants, and other attractions you will find that are all within walking distance while downtown. Places to stay at the national park are also available at Gulpha Gorge campground which operates on a first come first serve basis.

Hot Springs National Park is hosting both year-long events and special, monthly events throughout this special centennial year. With seven other NPS units and fifty-two state parks, you'll find plenty to do throughout the state if you want to keep touring after your visit. For more details on the national park, visit nps.gov/hosp.