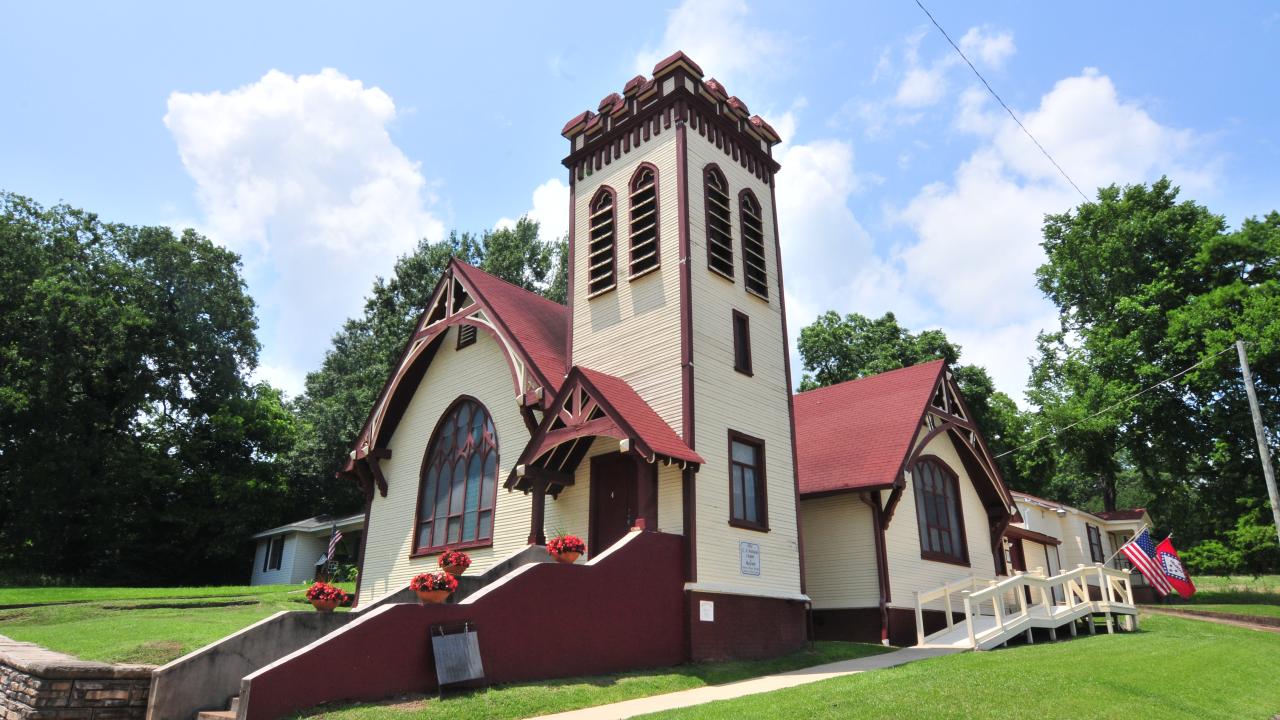 Nashville, Arkansas is in Howard County at the base of the Ouachita foothills, around 130 miles from Little Rock. The town stands out for many reasons including the fact that one the largest dinosaur trackways in the world was discovered a few miles from town. Nashville was also once a major center for peach trade in the state.

There is a lot of interesting history to learn about the town and Howard County when visiting Nashville. Museums are a great vehicle to learn the local history of an area. One must stop to do while in this town is a stop by the 1912 E.A. Williams Chapel and Museum. This beautiful museum is located in the historic 1912 Presbyterian Church. The building is on the National Register of Historic Places and stands out for its Victorian Gothic architecture. Inside, you are transported on an insightful journey into the history of Howard County. 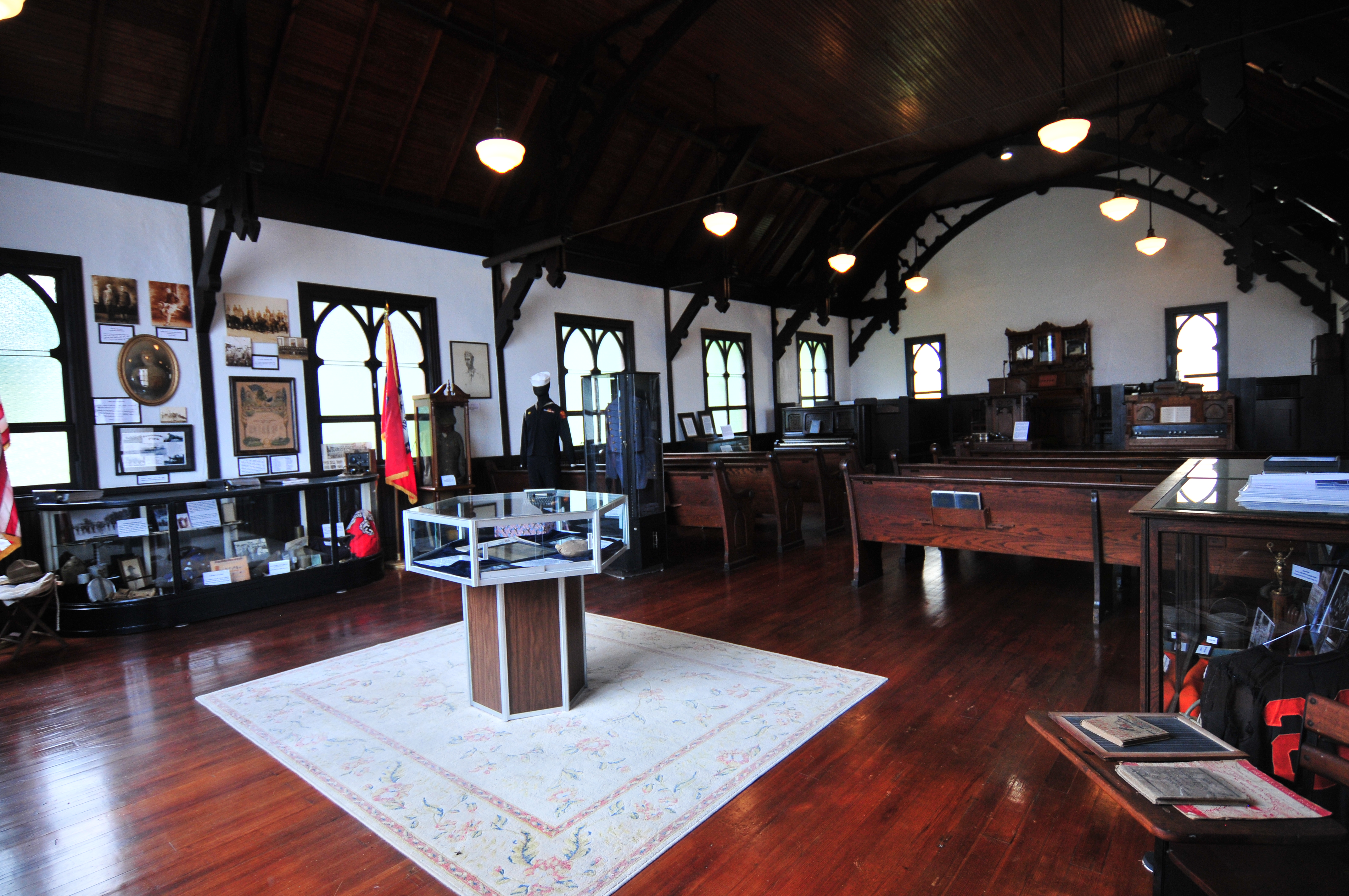 While here, you can learn more about congressional secretary John Garrett Whiteside (1885-1947), who was born in Nashville. He typed the Declaration of War for both World War I and World War II and also typed the documents leading to the creation of the League of Nations, an international organization that was the predecessor of today’s United Nations. There is a painting of him inside the museum. You can also learn about the discovery of dinosaur bones in the area and see fossils of a hadrosaur that were found nearby.  You can learn more about the accomplished carpenter E.A. Williams, who built the church and whose name is part of the museum now. You can learn more about the history of the peach industry here. And lots more. The museum is filled with interesting items and covers a broad scope of Howard County history. 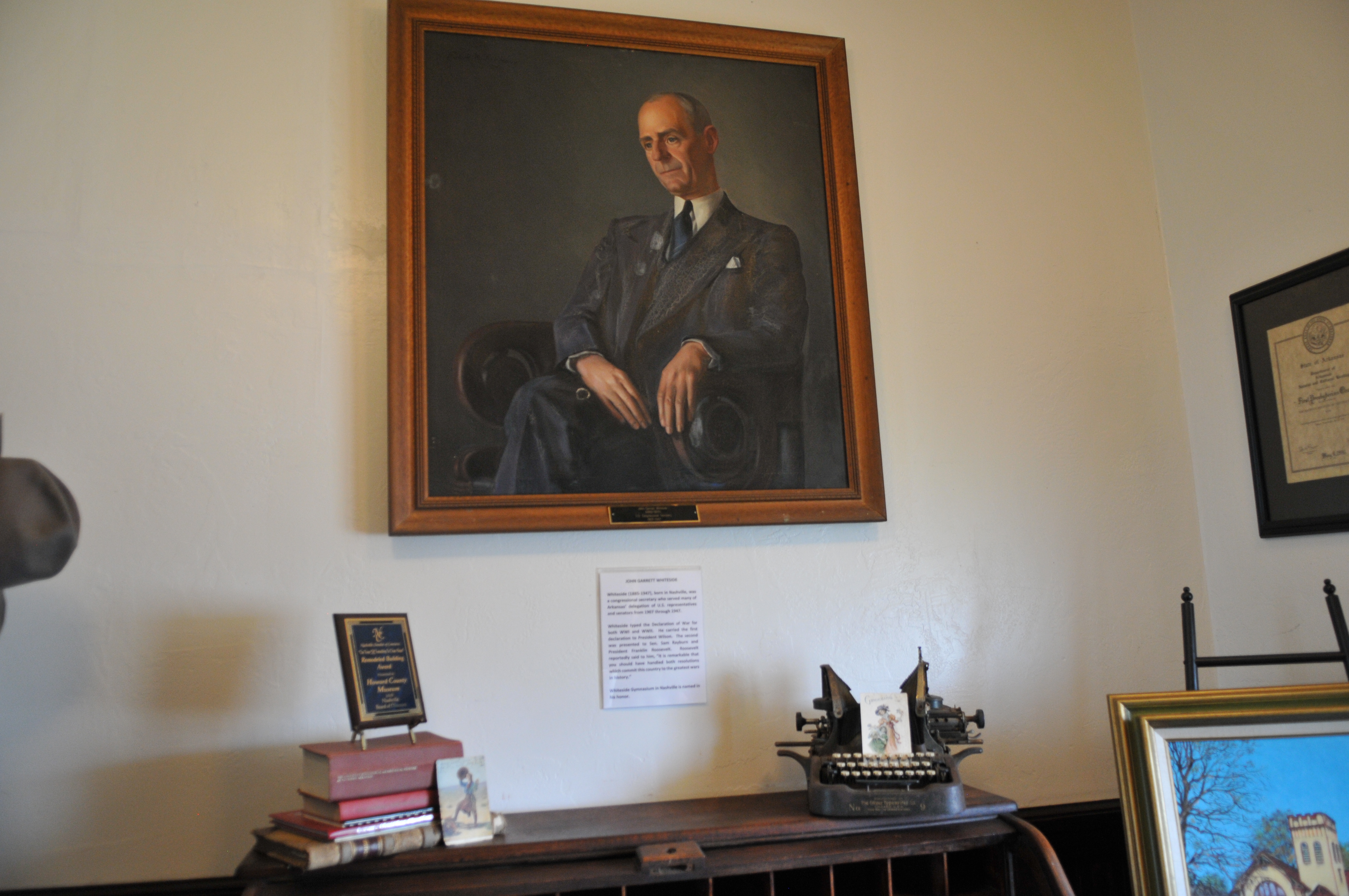 If you are on the lookout for more history, you can head to the Old City Hall, the Old Fire Station and the Continental Trailways Bus Station of Nashville. All are connected to each other in what is known as the Lyons Center Complex. And all are under the reins of the Howard County Historical Society, as is the 1912 E.A. Williams Chapel and Museum.

Inside the Old Fire Station, which is located in a building that once housed the Nashville Volunteer Fire Department, you can see a 1948 Chevrolet Loadmaster, a 1930 Ford Model A Tudor Sedan Taxi, and a showpiece firewagon from 1899. You will also learn about the firefighting history of the area. 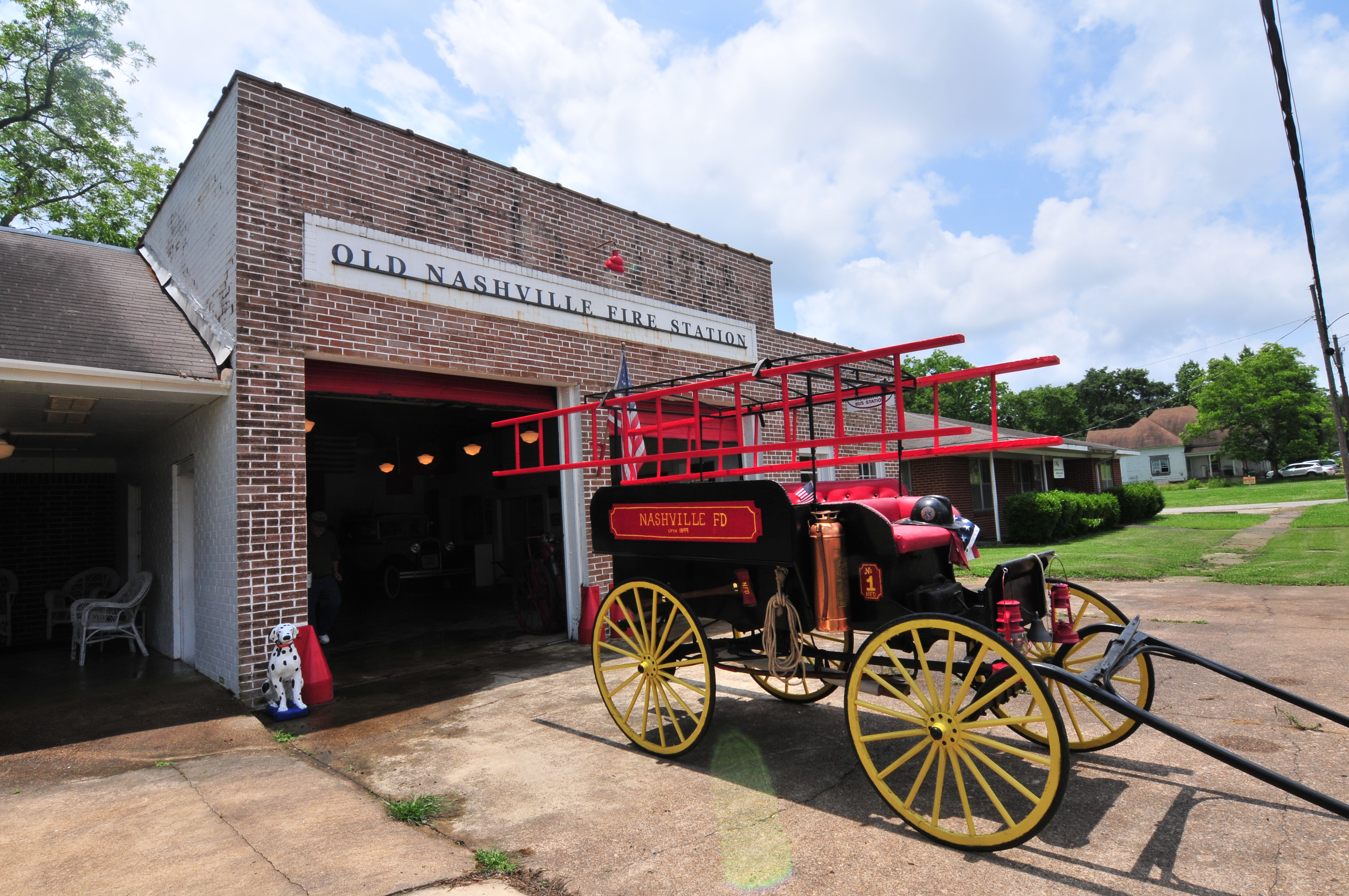 On one side of the Old Fire Station is a building that was used by the Lyons family as a home and it was also a city hall at one time. Inside are also items from the history of Howard County. On the other side of the fire station is a former Continental Trailways Bus Station, which now has items on display that showcase items from the bus line as well as the era. 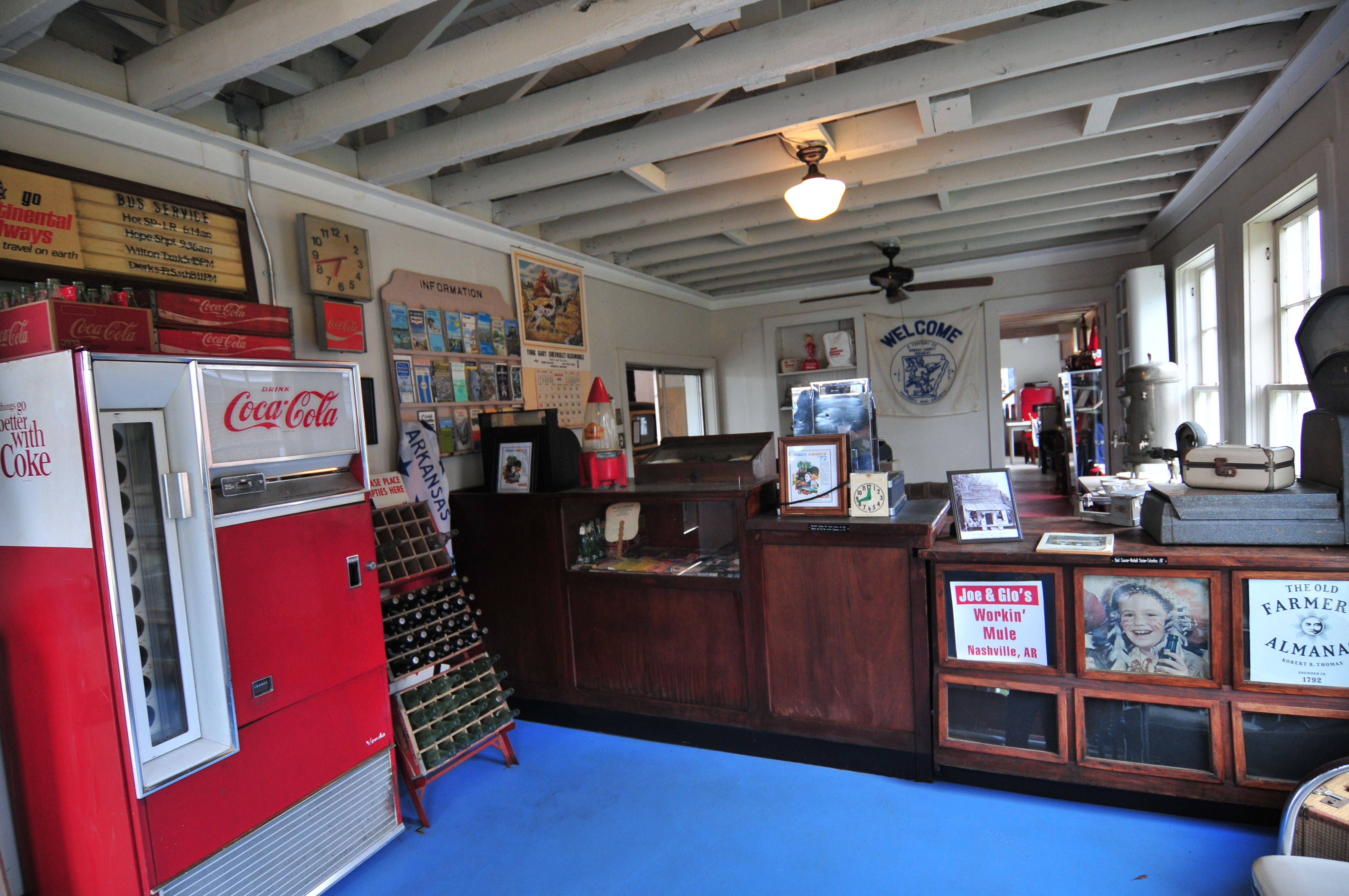 The museums are open Monday-Thursday from 10-2 though it is best to always call ahead before making a venture. Freddie Horne, president of the Howard County Historical Society, can be reached at 870-451-4288 and is the contact for the museum.

Around town, there are many other family-friendly spots for visitors to enjoy.  Nashville City Park offers trails to walk. The town of Nashville is also located near Historic Washington State Park, a popular cultural landmark, and Crater of Diamonds State Park, where people can dig for diamonds and keep what they find.