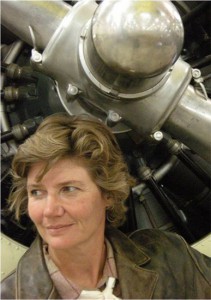 Pam Beasley, superintendent of the Arkansas Museum of Natural Resources in Smackover, has sent details of the upcoming Natural State Chautauqua taking place next month on June 2-4. The theme this go around is “Adventure is Worthwhile” and will feature the stories of three adventurous characters from American history: Daniel Boone, Edith Russell and Amelia Earhart.  All programs are free and open to the public and donations are appreciated.

“This lineup is going to be extraordinary,” said Beasley via the news release. “Each of these characters made that first step to do what others couldn’t or wouldn’t do, and to hear the story related as if by them is remarkable.”

Below is a peek at the details she sent.

“The Natural State Chautauqua is in its 16th year of production and is a first-person interpretation of American history by those who shaped the nation. Scholars are chosen from across the county to spend three days in south Arkansas to present their characters and hold additional workshops. They present the character, then take questions as the character and finally step out of character to answer questions as the scholar behind the historic figure. In addition to the evening performance under the tent in character, the scholars present children’s and adult workshops and speak to civic clubs in the community. This is a unique learning experience as one becomes immersed in the past and learns firsthand about America’s history. 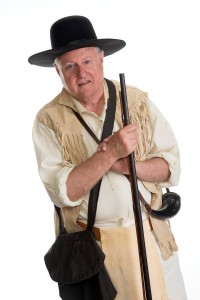 “All three scholars and the characters they portray are different, yet independently strong and vocal. Pat Grills will present the frontiersman Daniel Boone, who blazed a trail to the far west though the Cumberland Gap, thereby providing access to the frontier. Debra Connor will portray Edith Russell, a feisty American fashion buyer, stylist and correspondent, best remembered for surviving the 1912 sinking of the RMS Titanic with a music box in the shape of a pig. Saturday evening’s performance will be Elsa Wolff as Amelia Earhart, aviation pioneer, author and the first female aviator to fly solo across the Atlantic Ocean.

“Pat Grills of Greenville, South Carolina makes his first appearance on the Natural State Chautauqua stage as Daniel Boone. Grills has participated in several chautauquas around the country as General W.T. Sherman, Ulysses Grant, George Washington and many others. During his non-Chautauqua career, he was in the high school classroom for 42 years and he currently serves as the Chair of the Board of Directors for the Greenville, South Carolina, Chautauqua Festival. He will bring Daniel Boone to life on Thursday, June 2, at 7 p.m.

“Debra Conner of Summerville, South Carolina, began portraying Emily Dickinson in 1997, thanks to a fellowship from the National Endowment for the Arts. Since then, she has added in-character portrayals of five others to her program offerings. As a poet, she also conducts workshops and residencies in creative writing. She is part of the Ohio Arts Council’s Arts in Education program, and  has published an essay about that experience in Teaching Writing from the Writer’s Point of View, which was published by the National Council of Teachers of English. She will present RMS Titanic survivor Edith Russell on Friday, June 3, at 7 p.m. 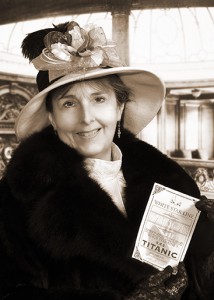 “Elsa Wolff of Denver, Colorado will land on the Natural State Chautauqua stage for the first time on Saturday, June 6, at 7 p.m. She will portray Amelia Earhart. Wolff has been entertaining audiences in the Denver area with singing and storytelling for over 16 years. In addition to performing, she coaches through Colorado Humanities Young Chautauqua Program, helping young people benefit from this more personal way to experience history.

In addition to the evening performances, three additional programs will be held in the museum auditorium. On Thursday June 2, at 1 p.m. Elsa Wolff will present a program for children about Amelia Earhart. On Friday, June 3, Pat Grills will present a children’s program about Daniel Boone. To conclude these programs, on Saturday, June 4, at 11 a.m., Debra Conner will discuss the Titanic tragedy for adults.

The Arkansas Museum of Natural Resources is located at 3853 Smackover Highway in Smackover. It is open from 8 a.m. to 5 p.m. Monday –Saturday and from 1 to 5 p.m. on Sundays. There is no admission cost. 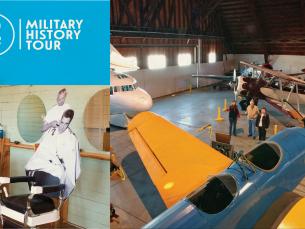