On Hallowe’en the thing you must do / Is pretend that nothing can frighten you / And if somethin’ scares you and you want to run / Just let on like it’s Hallowe’en fun. ~ 19th Century Halloween Postcard

Editor’s note: The event featured in this article occurred in 2012, but we hear that this year’s will be the best yet. Find it on our Events page.

Magic Screams has been held at the Magic Springs and Crystal Falls amusement and water park in Hot Springs since October 2005. It is billed as “Arkansas’ Biggest Halloween Festival” and is the season ending event for the park.

Hours for the frightful event will be same as last year: weekends in October Saturdays 4pm-11pm and Sundays 4pm-9pm. Those that have season passes can use it for Magic Screams too. The event hosts three haunted houses and other entertainment such as scary characters (ghouls) walking about.

The event is for kids of all ages but be warned that it does get scarier in the park after dark and they close the kiddie rides a couple of hours before the park closes. Magic Screams is a Halloween-focused event with some of their rides available but not all will be open. Many of the rides near the Halloween attractions will be open. However the Arkansas Twister will not be because it is on the other side of the park.

Of note, the Water Park closes for the season on Sept. 15 so that won’t be open. More details on the park and admission price can be found at www.magicsprings.com. For more information on haunted places in the state, check out the Haunted Arkansas page! 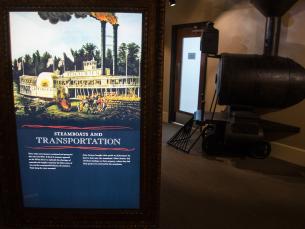