Some interesting news came across my desk that I wanted to share. Characters created by Arkansas writer Charlaine Harris will soon make the transition to the screen in a new vampire series set to air on HBO.

Harris has called Magnolia home for the past 20 years and her 24 books have been published around the world. The series, True Blood, is being directed by Alan Ball of Six Feet Under fame and is based on Harris’s  Sookie Stackhouse Southern Vampire novels, one
of the most popular being From Dead to Worse. The base of the show revolves around Sookie Stackhouse, a barmaid living in Louisiana who can read people’s minds. The series is set in a world where vampires can live out in the open, thanks to the development of synthetic blood that allows them to survive without feeding on humans.

Keep an eye out for the series if you get a chance. It debuts Sept. 7. Oscar-winner Anna Paquin (The Piano, X-Men) stars as Sookie and British actor Stephen Moyer is Bill Compton, a 173-year-old vampire. 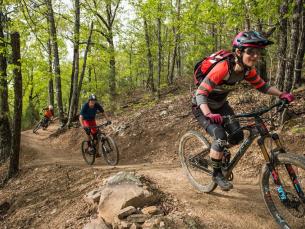