Pokemon Championship To Be Held in Hot Springs

Polish your Pikachu. The Arkansas Pokémon State Championship Tournament is scheduled for Hot Springs on March 19, 2011. More than 100 fans of the popular role-playing game are expected to gather for the showdown, according to Craig Durmon of the Hot Springs Convention and Visitors Bureau. Early registration is now underway and will continue through March 15. Information on how to register and details on the type of play may be obtained by sending an e-mail to [email protected] or by visiting www.organizedplayinar.com.

Tournament age divisions are:
Junior Division, for those born in 2000 or later; Senior Division, for those
born between 1996 and 1999; Master Division, for those born in 1995 or earlier.
It will be the first state championship ever held in Arkansas, according to Jessie
Duncan, Arkansas’ Pokémon Premier Tournament organizer. Winners will earn
Premier Rating Points toward a possible Rating Invitation to the World
Championships in August in San Diego. Pokémon originated in Japan and quickly
spread worldwide, with numerous forms of play involving the capture of various “Pocket
Monsters” (hence the abbreviated name). For more information contact Jessie
Duncan at 501-262-1744. 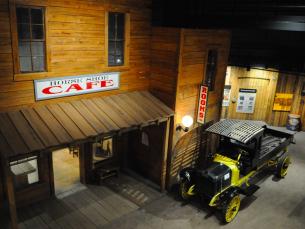