The show has three performances this summer and takes place the last Saturday of
each month, on June 25,July 30 and August 27 at the courthouse square (101 N. Washington St.). This award-winning event was named one of the Top-100 Events in North America by the American Bus Association and received the Community Trademark Award by the Arkansas Festival & Event Association.

The re-enactment supports a cast of area actors and chronicles the events that led up to this historic event. Characters include: City Marshal Guy Tucker, grandfather to former Arkansas Governor Jim Guy Tucker; store owner Tom Parnell; brother Matt Parnell; photographer Bob Mullens; Sheriff Norris and others.  This historic portrayal of life in El Dorado in the early 1900s includes live music prior to the re-enactment.  Entertainment begins
at 6 p.m. with the re-enactment starting at 6:30 pm.

The first event’s lead-in entertainment (June 25) is the cast of the South Arkansas Arts Center summer musical production, Seussical. The pre event live music on July 30 and August 27performances will be Andy Reid.

Showdown at Sunset is open to the public and there is no admission fee.  Group seating is also available and each person attending receives a free Showdown at Sunset souvenir program and trading card. For more information, contact: Mark Givens, Executive Director of Main Street El Dorado at 870-862-4747 or [email protected]. More details can be found at www.mainstreeteldorado.org. 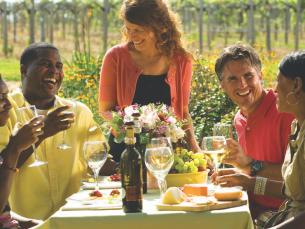