A race in Hot Springs that has received national recognition in the running community and coverage in publications like Runner’s World magazine is fast approaching.

“The Spa Running Festival is one of the premier races in Arkansas offering an event for everyone from beginners to elite runners and those that like a challenge,” said race director Cindy Baswell. “Plus you get to run through a national park…Running through Hot Springs National Park this time of year makes it a beautiful run through the park with the fall foliage. And it’s a great weekend getaway with what the city has to offer with the national park, historic downtown, Bathhouse Row and the thermal hot springs water.”

The event, which takes place November 18, includes a 1K Squirt run, a 5K Run/Walk, a 5K School Competition, the Spa 10K and the Summit² Challenge Half Marathon. “All three races go through the heart of historic downtown and Bathhouse Row,” Baswell said.

This is the 36th year for the Spa 10K and the event has been a part of the Arkansas Road Runners Club of America (RRCA)  Grand Prix Race Series since the race started. This year the Spa 10K has been designated as a RRCA Southern Region Championship Race which covers 11 states from Kentucky to Florida. “We are very honored to be selected and hope it will draw some of our running friends from the Southern states,” Baswell said.

The 10K race starts and finishes on Convention Boulevard and goes down historic Central Avenue passing Bathhouse Row before entering Whittington Park. “After looping the park, runners turn on to West Mountain to face a monster climb up the mountain in the national park,” she said. After a tough half mile hill, runners pass mile 3 and are rewarded with a flat section.  Baswell said runners sometimes speed down this section thinking the hard part is over. However, she said another uphill is hidden from view by the course curves, which lasts over 1/4 of a mile to the top of the mountain and reaches mile 4. From here runners can run down the back of West Mountain for a half mile, out of the park and into the historic Quapaw area, a downhill section from Quapaw to Market Street, then back to Convention Boulevard before crossing the finish line.

As to the half marathon route, “the Summit² Challenge Half Marathon is not your average flat course,” said Baswell. “It’s unique, different and challenging and you get to run through a national park. The course follows the 10K route but when runners get to the top of West Mountain, runners turn right and start the 1.2 mile ascent to the summit, reaching 1100 feet in elevation. They come down the summit and West Mountain to Prospect Avenue and do a quick loop around the Quapaw area before going back up West Mountain and the summit for the second time. This is how the race got it’s name Summit² Challenge Half Marathon. Runners get to go the summit not once but twice. Once they loop the summit the second time, they come back down to Prospect Avenue and follow the 10K route to the finish line on Convention Boulevard.”

Baswell said all participants receive a long sleeve technical shirt, 10K and half marathon participants receive a finisher medal and a commemorative award is given to the 5K finishers There is a post race finishing area for all race participants that includes hot soup, chili, pizza, fruit, chocolate milk and a beer tent. New this year is an Expo on Friday at the Hot Spring Hotel from 3 p.m. to  7 p.m., which is combined with packet pick-up and on site registration. 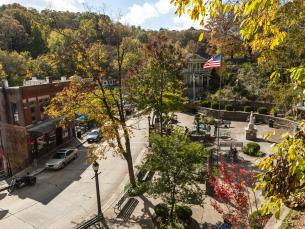 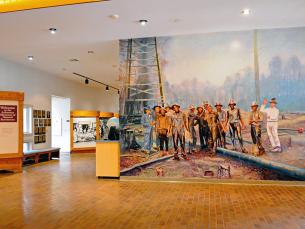