To celebrate the arrival later this year of the Smithsonian Institution’s traveling exhibit, “Hometown Teams: How Sports Shapes America,” to the Old Independence Regional Museum in Batesville, the museum is focusing on community sports throughout 2107.

It will display a regional exhibit titled “Our Teams – Our Pride,” which features local sports history, and offer a monthly program series on regional sports that will lead up to the Smithsonian exhibit installation.

The first program in this series will be held at the museum at 2 p.m. on Super Bowl Sunday, which is Feb. 5. Dr. Brad Austin, professor of history at Salem State University in Massachusetts, will speak about the origin and development of hometown teams as a cultural phenomenon in small towns across America.

Dr. Austin is a 1994 Lyon College graduate. He earned graduate degrees from the University of Tennessee and Ohio State University. Much of his writing and research are focused on the history of sports. He has spoken in numerous professional meetings and at the Clinton School of Public Service in Little Rock.

The local exhibit, which also opens Super Bowl Sunday, will be filled with many photos of early community teams in the multi-county region, early sports equipment, a regional high school team mascot matching game, and school trophies. A large kiosk will prompt visitors to view portraits of eight sports champions from the region and to guess who they are from information provided. Twyla Gill Wright, exhibit curator, says it will also have displays of early high school yearbooks and sports record books, plus a video of Batesville’s Rick Monday saving the American flag from being burned on the baseball field when he was playing for the Dodgers in 1976. Plus, Mike West has created a miniature diorama of a 1950s community baseball park.

A portion of this exhibit will feature items from the traditional Thanksgiving Day afternoon rivalry football game between Newport and Batesville that used to take place. Those from the area who remember the rivalry can write and post names and memories of their favorite coaches.

The museum’s “dress up” area will be changed to feature sports clothing such as a band uniform, cheer leader uniforms, football helmets and shoulder pads, and more. Visitors will be encouraged to dress up, twirl a baton, shake pom-poms and take “selfies.”

The Smithsonian’s traveling exhibit, “Hometown Teams: How Sports Shapes America,” captures the stories that unfold in neighborhood fields and courses across America. This exhibit will fill the museum’s main gallery for six weeks from the middle of December 2017 through January 2018.

The program will be free and open to the public.  Normal museum hours are: 9 a.m. to 5 p.m., Tuesday through Saturday. Admission is $3 for adults, $2 for seniors and $1 for children. The museum is located at 380 South 9th St. between Boswell and Vine Streets in Batesville. 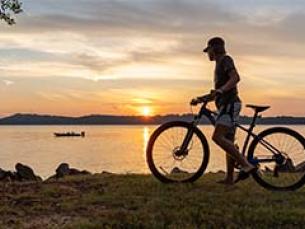