Stars Come Out for Bentonville Film Festival on May 3-8

The stars will be shining bright in Bentonville the first week of May. By stars, I do mean the celebrities that will be in town for the Bentonville Film Festival. It’s set to take place May 3-8 with plenty of new additions for this second year event, including virtual festival passes and mobile theaters.

BFF will feature approximately 35 films in competition, and expand its platform with the addition of a short film competition, three community events, and a new Diversity and Inclusion Summit. BFF is the only festival to offer guaranteed distribution to winning films.

Spokesperson Geena Davis said in a press release, “This year will showcase some amazing and powerful initiatives to champion women and diverse voices in media. BFF is an inclusive event and we would like to invite everyone to come and screen a film, attend a panel discussion or special event, or just enjoy the free events in and around Bentonville Square during the week.”

Walmart and Coca-Cola are the major sponsors of BFF and both share its mission to champion diversity and inclusion. Specifically, the festival offers an avenue to identify compelling films from women and diverse filmmakers. The winning films in three categories will receive full distribution from Walmart, VUDU and AMC Theaters.

New this year, the festival is working with VUDU, Walmart’s digital entertainment service, to offer a “virtual festival pass” to those who cannot attend the festival in person. Through this pass, festival attendees will be able to access select movies from the festival. The pass will be available for $19.99 on the dates of the festival.

The majority of this year’s festival events will take place in and around the Bentonville square. BFF has partnered with Cinetransformer to stage three mobile theaters, each with a capacity of 91 people. The mobile theaters will be the primary venues for the film competition.

Encore screenings of the winning films will take place on the last day of the festival in the Cinetransformers. Along with the narratives and documentaries featured in the competition this year, BFF will include a short film competition in partnership with espnW and a script writing contest in partnership with Lifetime Networks.

Other exciting new additions to the festival this year are the free Studio Lounges for major movie studios such as Nickelodeon. The INsideOUT Lounge will showcase sponsor products to encourage you to ‘Be Your Best You.’ The Meteor Music Lounge will open each night at 9 p.m. to feature an exciting line-up of nationally recognized and local musicians. These lounges will be located in various locations around the square where attendees can stop in and check out exciting new entertainment properties launching this summer.

Other festival events include:

To keep up-to-date on the exciting line-up of ticketed and non-ticketed events throughout festival week, to preview films, and to buy tickets, visit the BFF website, www.bentonvillefilmfestival.com.

BFF ticket passes are on sale now including multiple package options ranging from entry level to premium. Single tickets will go on sale in April closer to the festival.

In addition, BFF will launch a phone app in April for festival goers to organize their festival experience. Festival goers will be able to buy tickets to events, track current news and learn more about the films and filmmakers. 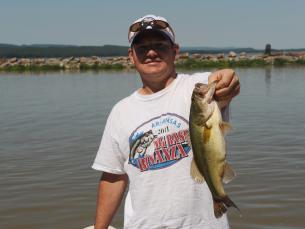