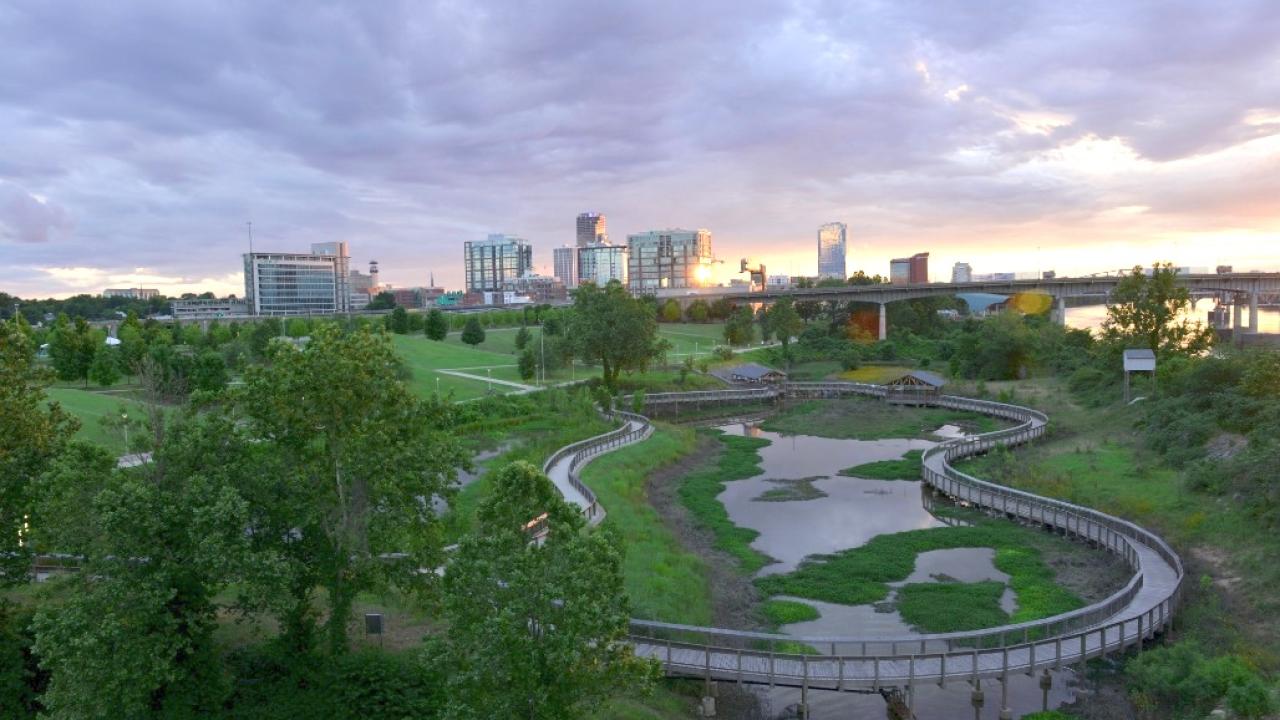 Holding reign as the largest city in Arkansas, Little Rock sits in the center of the state on the banks of the Arkansas River. One beloved route to experience the region’s natural beauty in the midst of this urban landscape is the renowned Arkansas River Trail.

“The core of the Arkansas River Trail is a 15.6 mile off-street trail loop anchored by the Big Dam Bridge to the west and the Clinton Presidential Park Bridge to the east and running along both sides of the Arkansas River in between,” said John Landosky, Bicycle and Pedestrian Coordinator for the City of Little Rock. “The trail is a beautiful recreational asset and an important bicycle and pedestrian transportation corridor in our community.”

There are multiple points of entry in the city to access the Arkansas River Trail to start an adventurous day of urban walking, and the Clinton Presidential Park Bridge is one such spot. The bridge is named after former U.S. President Bill Clinton, who also served as Governor of Arkansas. Parking is available nearby at the Clinton Presidential Center at 1200 President Clinton Avenue. The bridge is used as a bike and pedestrian pathway across the Arkansas River and connects the cities of Little Rock and North Little Rock. It showcases expansive views of both the river and downtown skyline along with a vantage of the William E. “Bill” Clark Presidential Park Wetlands below. This restored wetlands habitat can be accessed directly from the trail and explored via an elevated boardwalk.

Continuing west along the Little Rock river bank, the Arkansas River Trail leads walkers to the nearby River Market District and entertainment hub of the city. There are many pit stop options among the many restaurants, coffee shops, stores, and museums that call this popular district home. Right along the trail is the Witt Stephens Jr. Nature Center, which is free to tour through. Outside the center are bird-feeding stations and gardens that feature native plants. Inside are displays and exhibits that teach about the wildlife and natural resources of the state.

The trail also goes by the Ottenheimer Market Hall, which houses a year-round indoor market and seasonal outdoor farmers’ market. This is also an access point to Riverfront Park, a picturesque landscape that goes for eleven blocks on the south bank of the river. A center point of this treasured park is a large amphitheater, which serves as a popular outdoor concert venue for the city. The park has many attractions to walk to, including the beautiful Petit Roche Plaza, which showcases the stone the city is named after. The Junction Bridge Pedestrian Walkway, which connects both sides of the river and carried trains across the Arkansas River until the 1980s, is here along with the Vogel Schwartz Sculpture Garden, which has an array of whimsical sculptures located at various points along the trail as it leads to the west end of the park. The Arkansas River Trail continues on in this direction but goes into an on-street portion of the route, so an ideal option if one is on foot and wants to keep exploring is to backtrack back to the Junction Bridge Pedestrian Walkway and walk over the river to North Shore Riverwalk Park in North Little Rock. 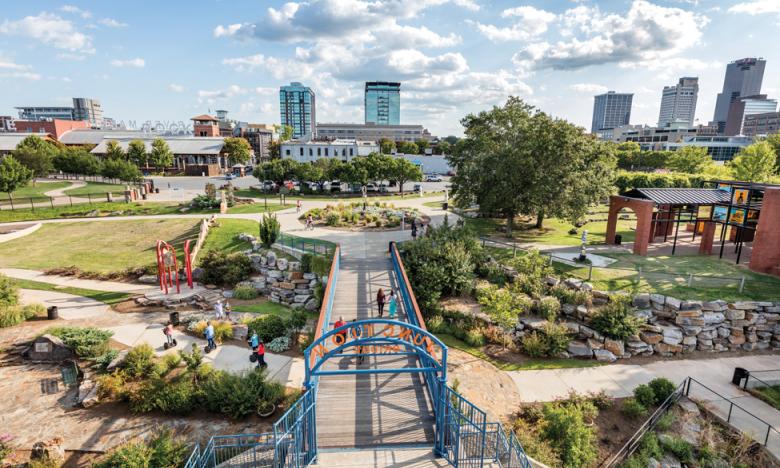 Expansive views of both cities and the river can be seen from the bridge and once one steps on the north shore there are multiple options to take, depending on what one is in the mood for. To the east, the trail leads back to the Clinton Presidential Park Bridge, a little over half a mile away, via the north shore section of the Arkansas River Trail. The downtown Argenta Arts District, which has art galleries, bars, restaurants, and coffee shops to refuel at, is also within walking distance from the trail. To the west, the trail goes by the Arkansas Inland Maritime Museum, which offers guided tours of a World War II submarine, and continues on along the north side of the river for around seven picturesque miles until it reaches the western anchor of the trail at the Big Dam Bridge.

The Arkansas River Trail is a long trail with many miles and sections to explore, providing a range of options for further future outdoor adventures. Multiple access points in both Little Rock and North Little Rock can be used as a base for trail exploration, whether via foot or on bike.

The bridges along the trail are destinations in themselves, including the famous Big Dam Bridge, the longest bridge in the country built specifically for walkers and cyclists.

The bridges are a lure for both walkers and cyclists and if on a bike, one can make a game plan to hit them all in one ride. “Visitors really need to experience the bicycle/pedestrian bridges,” said Lynn Bell, a member of the Arkansas River Trail Task Force. “Beginning with the Clinton Presidential Park Bridge and going through North Little Rock to the Big Dam Bridge and then further west to the Two Rivers Park Bridge. There is beautiful scenery and the feeling of being far away from the city, even though you’re right near the downtowns. From Two Rivers Park, riders can easily travel on to Pinnacle Mountain State Park, which is another local gem.” 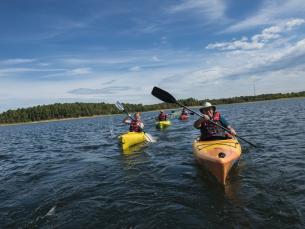 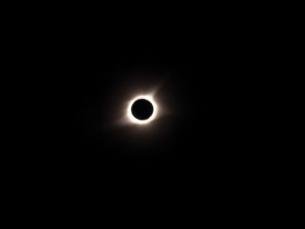 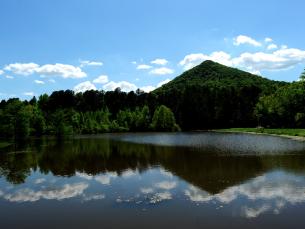