Time for the Hope Watermelon Festival! 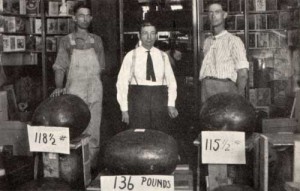 Summer is a chance to savor a sweet (and big) slice of watermelon. The state’s largest watermelons are celebrated each August at the Hope Watermelon Festival in Hope. The event includes ice-cold watermelons sold by the slice, watermelon weigh-ins, and watermelon eating and seed spitting contests. 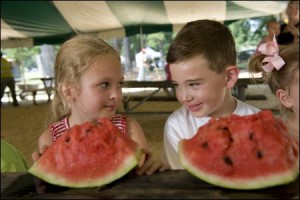 Watermelons have long been a calling card for the city. The festival itself dates back to the mid-1920s when the city staged a one-day annual festival. During these early events, citizens served watermelon to passengers on the many trains that stopped in this small, southwest Arkansas community.

Hope does indeed lay claim to the largest watermelon in the world. In spring 2006, the Guinness Book of World Records certified Arkansas native Lloyd Bright’s 268.8 pound melon (grown on a farm east of town) as the world’s largest! 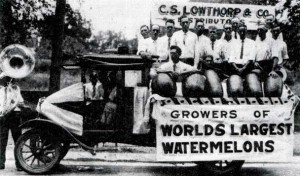