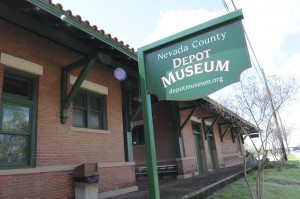 The museum is located in the town’s restored 1912 Missouri-Pacific Railroad Depot. Museum exhibit topics include the Louisiana Purchase, Native American pottery, early settlements and settlers of Nevada County, the Civil War, agriculture, railroads, and fire fighting equipment. Though the nearby Prairie DeAnn Battlefield, site of a Civil War conflict, is closed to the public, the battle is interpreted at the museum.

A Prairie DeAnn Sesquicentennial Reenactment has been set for this Saturday (April 12) care of the museum. This will be for the 150th anniversary of the Battle of Prairie DeAnn, the Battle of Elkin’s Ferry, and the Battle of Moscow, which were parts of the Red River Campaign that took place in 1864.  This event is a chance to learn about these battlefields and their significance to not only Nevada County history, but to Arkansas history and Civil War history.  There will be around  300 reenactors at this event from all over the U.S. In addition to the troops, there will be wagons, cannons, and mounted cavalry. 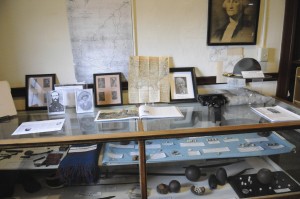 Ken Petre has been the Executive Director and Curator at the museum since last November.  Since he has taken over they have changed quite a bit of the layout including adding a women’s history section. He said once the reenactment is over, they will do more archiving too.

Petre said they get a lot of questions that are Civil War related. “We are mainly a depot museum but we have Prairie DeAnn artifacts here that have been dug up. A lot of people want to know where the name came from. The best thing we have been able to find is that it was originally called “De Han” which is an Indian word for “hunting ground.” “A lot of people don’t know it was a night battle and it was wet and rainy during it,” said Petre about the Prairie DeAnn battle. “So that was unusual about it.”

The museum focuses on local history, including an interesting section called the John Teeter Room. “He was the first curator here,” said Petre. “A lot of people say the museum wouldn’t be here unless he was taking care of it in the beginning.” 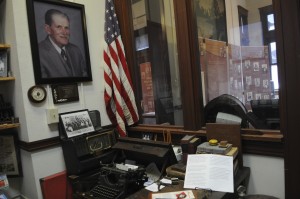 According to Petre, an item not to miss at the museum is a ladies day dress from the mid 1850s.  It is so fragile that it is covered when visitors are not at the museum so that it is protected from sunlight.

Since I am a cyclist, one item that stood out to me was an antique bike. The bicycle was built and ridden by a Mr. Carl King, Sr from about 1890 until the late 1940s. He was a partner at a local blacksmith shop and he rode it to work daily for over 40 years! The feat even made mention in a 1933 “Believe It Or Not” segment. He often gave his two granddaughters a ride on the bike and they are the ones who donated it to the museum.

One of the more unusual stories I came across while there was the story of Old Mike. Here is a link to learn more about him! 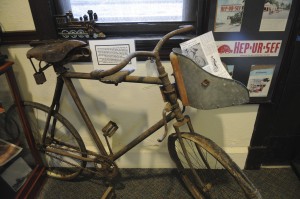 As for more details on the Prairie DeAnn Sesquicentennial Reenactment, the event is scheduled to take place from 10 a.m. to 3 p.m. with the actual reenactment taking place at 1 p.m. Advance tickets are $20 for adults and $10 for children (14 and under) and can be purchased via their website depotmuseum.org. At the gate, the prices will be $25 and $15 respectively. More details can be found at depotmusuem.org or by calling 870- 887-5821. 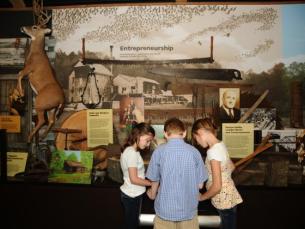