I can’t think of a more fun way for a family to celebrate Halloween than by watching Ghostbusters. On Friday, October 26,

you can do just that at The Village at Hendrix in Conway.  The outdoor movie begins around 7:15 p.m.  This is the last showing of the Silver Moon Cinema movie series for the year.

This hilarious 1984 comedy stars a stellar cast of funny actors: Bill Murray, Dan Aykroyd, Harold Ramis and Ernie Hudson. Also in the mix are Sigourney Weaver and the giant Stay Puft marshmallow man. And who can forget Ray Parker, Jr’s. catchy theme song that you can’t help but sing along. The song earned Parker an Academy Award nomination for “Best Original Song.”  If you’re not familiar with the movie, here’s a brief synopsis.

funds, they are eventually hired by the Sedgewick Hotel to investigate a haunting. At the hotel, they capture their first ghost and deposit it in a “containment unit” located in the firehouse basement. Paranormal activity begins to increase in New York City, and the Ghostbusters become celebrities containing it, while at the same time becoming increasingly burdened by the hectic schedule. The group later hire a fourth member,

Winston Zeddemore (Ernie Hudson), to help them cope with the demands. 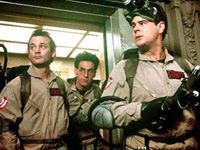 Proceeds from the popcorn, candy and drink concessions, plus a $1 donation benefits The Haven House in Conway.   Bring a lawn chair or blanket and spend an enjoyable evening under the stars. 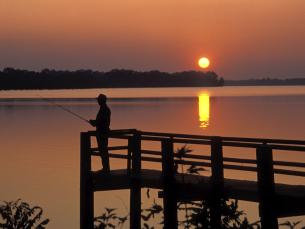