Scenery is, in fact, the marrow of the setting for Booneville and its surrounding area with a geography that includes the Petit Jean River, Ozark National Forest, Ouachita National Forest, Blue Mountain Lake and Mount Magazine, the tallest mountain between the Appalachian and Rocky mountains. It is ripe with outdoor and recreational opportunities such as hiking, biking, horseback riding, ATV adventure, backpacking, and fishing. Atop the state's highest peak of 2,753 feet is Mount Magazine State Park, which contains picnic areas, a visitor center with interpretive exhibits, lodge, restaurant, cabins, and extreme adventures such as hang gliding, rock climbing and rappelling.

Booneville was incorporated in 1878, but reincorporated in 1899 when it moved northwest of its original location to land beside the newly completed Choctaw, Oklahoma and Gulf railroad. The original platting of the town provided extremely wide streets. Today, the platted width of the streets is almost perfect for a four-lane highway with a turn lane without loss of parking or sidewalks. Taking advantage of the accommodating layout of the downtown are restaurants, antique and gift stores, a movie theater, a wood craft shop where visitors can watch items being created, and local service businesses. The historic courthouse is also located downtown.

In 1901, the Arkansas Legislature divided Logan County into two judicial districts with Booneville as the locale for the courthouse for the south half of the county. The 1928 stone structure that stands in the town today replaced an original wood courthouse and is on the National Register of Historic Places. The town has several buildings on the Register, including the Arkansas State Tuberculosis Sanatorium. Used today by the Booneville Human Development Center, the sanatorium's history is preserved by the Booneville Historic Preservation Society and driving tours of the large complex are allowed. Visitors can seek more information on the town's history through the Logan County Historical Society and the Booneville Public Library.

The library is also home to the General John Paul McConnell Exhibit. A farm boy from Booneville, McConnell tried four times to get into West Point before being accepted. He graduated as First Captain and the second-most-decorated cadet in the Academy's history. Rising through the military ranks, he retired as a four-star General and U.S. Air Force Chief of Staff.

Each year, South Logan County hosts four National Field Trials, as well as numerous local and regional field events. These groups include the National German Shorthaired Pointer Association, the Irish Setter Club of America, the Southland Pointers and the American Brittany Club. Field trial events are held at the Blue Mountain Wildlife Demonstration Area, one of the finest field trial grounds in the United States.

The Logan County Singing Convention was started in Johnson County in 1872, as Logan County did not exist at that time. It has met in Logan County, formed in 1873, every year since.

Booneville is located about 150 miles northwest of Little Rock and 40 miles southeast of Fort Smith. 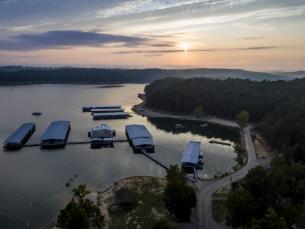 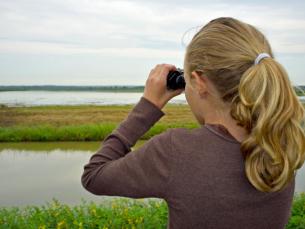 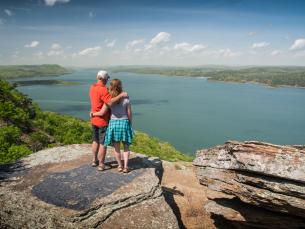