The Columbia County seat, about 2.5 hours from Little Rock, is a charming southwest Arkansas town with a quaint courthouse square. The town proudly displays its heritage with colorful murals on buildings around the square. Numerous shops and restaurants ringing the courthouse await visitors. Also highlighting the square are the stately trees which give the town its name. Founded in 1909, Southern Arkansas University, a liberal arts college that calls Magnolia home, offers a varied calendar of events and tours of its 658-acre Agricultural and Horticultural Farm. At 3,000 acres, Lake Columbia is one of the largest Arkansas Game and Fish Commission impoundments in South Arkansas and is popular with both anglers and outdoor enthusiasts. The Magnolia Blossom Festival and World's Championship Steak Cook-off draws thousands of visitors each May.

At nearby McNeil, Logoly State Park is an environmental-education park that is popular with school groups and scout troops. Twelve miles south of town is the tiny community of Emerson which every June hosts the World's Championship Rotary Tiller Race and Purplehull Pea Festival. 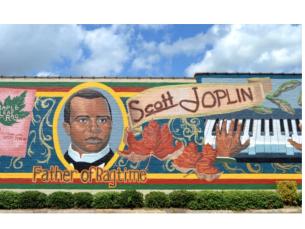