Siloam Springs, Arkansas has a population of about 16,000 and is located in the Northwest region. It is in the far northwest corner of the state on the border with Oklahoma and about 30 miles from Fayetteville, AR. Siloam Springs is known for its spirit of community volunteerism and natural beauty. The pristine, physical setting of the downtown is a feature element. Scenic Sager Creek with its rock wall lined banks flows through the downtown. Parks along the creek are shaded by stately trees and decorated with dogwoods. Fountains, foot bridges, greenspace, gazebos, and even duck crossings compel visitors to relax and enjoy their surroundings.

Siloam Springs was named by Smithsonian.com as one of the 20 Best Small Towns in America (May 2012). Some of the city's most popular festivities take place here, including the annual spring Dogwood Festival and Light Up Siloam Springs program during the holidays. A year-round Farmer's Market is another popular offering. Siloam Springs has many spacious parks–some with trails, picnic, pavilion and playground areas while others, like the skate and aquatic parks, are specific to activities. Walking tours of the historic downtown are popular.

The oldest building still standing in the downtown National Register Historic District is the Crown Hotel, built as the Lakeside in 1881. Most of the buildings in the National Register Historic District were built between the arrival of the railroad at the end of 1893 and the beginning of the Great Depression. Downtown streets and a park once held quite different names. Broadway was called St. Nicholas Avenue and Twin Springs Park was once known as the Isle of Patmos.

John Brown University and the Berry Performing Arts Center lead the way for arts and entertainment. JBU has a 60-voice student choir which performs at the university's Cathedral of the Ozarks. The Sager Creek Arts Center features artists and thespians in several theater productions each year. JBU also contains an art gallery and offers dance and playwright competitions.

The town was established because of the medicinal qualities of the springs. Eight of the springs flowing into this section of Sager Creek were considered medicinal, and summer visitors would come here to drink from these springs. The peak of the initial population boom may have been in the summer of 1881 and the population may have reached 2,300 people. However, the population dwindled after the excitement of the initial boom died down. The 1890 census showed a population of 821 residents. The 1892 flood was devastating for Siloam Springs, and destroyed much of the downtown area. In 1893, the coming of the railroad that is now the Kansas City Southern increased the economy of the area with Siloam Springs serving as the shipping point and trade center. The oldest building downtown was built in 1881, but the second oldest building is dated 1894, and most of the buildings now standing in the downtown were built between then and the Great Depression. The Southwestern Collegiate Institute was founded in 1919 by John Edward Brown, Sr. It was renamed the John E. Brown College in 1920. The name changed again in 1934 to John Brown University. Today the institution has an enrollment of more than 2,500 students.

Plan a visit to Siloam Springs and experience the attractions and amenities of this charming Arkansas town. 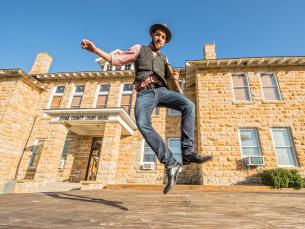 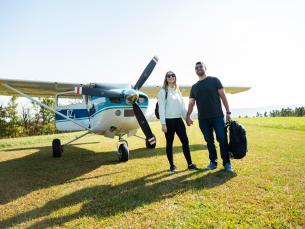 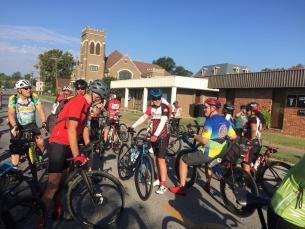