Beatles at the Ridge Returns to Walnut Ridge

In September 1964, a quartet from England was just looking for some peace and quiet. For the young men from Liverpool, 1964 had already been a banner year. Their lives had changed drastically.

In February, the chaps left England, not sure if their first single, “I Want to Hold Your Hand,” was a true hit in the United States. They wondered if American fans would embrace the group as the Brits had. As they landed in New York City, any doubt was surely erased, as thousands of teenagers called their names, cried uncontrollably and screamed like the teenage girls they were. Beatlemania had officially taken over the United States of America.

Over the next few weeks, their celebrity would grow, spurred on partially by their first appearance on “The Ed Sullivan Show” on Feb. 9. Concerts in Washington, D.C., New York City, and Miami Beach followed, along with a second appearance on Sullivan a week after their first. By the end of February, they returned to England.

In August 1964, John Lennon, Paul McCartney, George Harrison and Ringo Starr returned to the U.S. for their American tour, performing in concert 30 times in 23 cities. They had five singles in the Top 5, their first movie, “A Hard Day’s Night,” premiered in the United States, and fans couldn’t get enough of the Fab Four. But the “four” were exhausted and needed some down time. A ranch in Missouri was offered to the group and a small Arkansas town was chosen for the perfect stop to change planes because the airport had a large runway and there wouldn’t be a huge crowd waiting for them. Well, part of that was true.

When four of the most recognized celebrities returned to Walnut Ridge that Sunday, nearly 300 people were waiting, to their surprise. And thus, Walnut Ridge became the only Arkansas community the Beatles visited, if only for a short time.

In recent years, Walnut Ridge has embraced the Beatles history. In September 2011, a life-size sculpture of the Beatles as they appear on the “Abbey Road” album was commissioned. The piece was entitled “The British Invasion of the Rock ‘n’ Roll Highway,” in reference to the town’s location along the historic Rock ‘n’ Roll Highway 67. In 2012, the Guitar Walk, a 115-foot-long by 40-foot-wide guitar based on John Lennon’s Epiphone Casino and honoring musicians that played along the historic Highway 67, was unveiled and the inaugural Beatles at the Ridge festival was held. Businesses and storefronts throughout Walnut Ridge now sport Beatles signs, collages and caricatures year-round.

The 3rd annual Beatles at the Ridge festival is slated for Sept. 19-20. As in the past, the festival features great live music both days, including performances by Riverbilly, northeast Arkansas’s own Sonny Burgess and the Legendary Pacers, and Liverpool Legends, the Grammy-nominated tribute band hand-picked by George’s sister, Louise Harrison.

The younger Beatles fans will delight in the Octopus Garden for Kids, where they’ll find Danny Donuts with his “almost magical” Yellow Submarine, as he leads parades up and down Abbey Road. Other activities include a talent contest, a British car show and shine, Beatles Karaoke for kids, a dog costume contest, duck calling contests, and much more.

Festival organizers are very excited about two additions to this year’s celebration. The Artists and Authors Symposium, which kicks-off Friday at 7 p.m., features national and international writers talking about the Beatles, their music, their impact and their legacy.

The authors will be discussing their writings as well as offering book signings throughout the festival. Three artists whose work center on the Fab Four will also be part of the symposium, along with many of their works. Festivalgoers will enjoy various art and private collection displays, seminars, multi-media presentations, as well as meet-and-greet and autograph signing sessions.

The entire Argenta Collection, a recent donation to the town of Walnut Ridge, will be displayed as part of the Beatles Artists and Authors Symposium. The compilation includes 229 images of John, Paul, George and Ringo. It is believed to be one of the largest collections in the world, and many have never been presented in a public display. 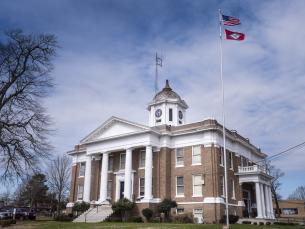