Saturday, June 8, is the date for the next Live on the Levee concert series in historic downtown Helena. Live on the Levee is a partnership between King Biscuit Blues Festival, Sonny Boy Blues Society and the Delta Bridge Project. The concert features the legendary Bobby Rush with special guest Tyrannosaurus Chicken. The concert takes place at the Cherry Street Pavilion, located at 118 Cherry Street. Gates open at 6 p.m. Tyrannosaurus Chicken takes the stage at 7 p.m. followed by Bobby Rush at 9 p.m. 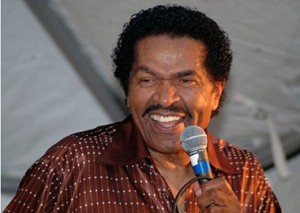 Bobby Rush has been a long-time favorite at the King Biscuit Blues Festival. He’s mesmerized crowds in Europe and Japan, but Bobby is always most “at home” when playing blues in the Mississippi Delta region. Born in Louisiana, Bobby moved to Chicago in the mid-50s, where he performed with the likes of Freddie King, Luther Allison and Earl Hooker. Rush has been performing all over the world for more than 50 years, but he shows no signs of stopping. His music reached a new audience when his stage show was included in the PBS series, Martin Scorsese Presents The Blues. He was inducted into the Blues Hall of Fame in 2006. 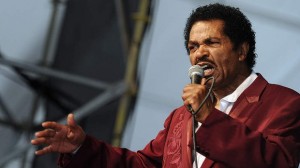 Comprised of Arkansans Rachel Ammons and Bob Lewis, Tyrannosaurus Chicken has built a huge following over the past four years. Some refer to their sound as “psychedelta.” A performance by the duo can include original songs or traditional favorites from Muddy Waters, Howlin’ Wolf, Robert Johnson, and Bo Didley to every thing in between! They’ve become a favorite at Helena’s legendary King Biscuit Blues Festival as well. You never know what you might get musically from the pair…but you always know it’ll be good! 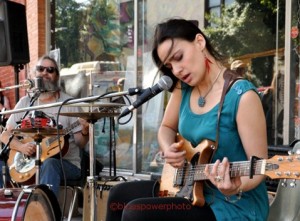