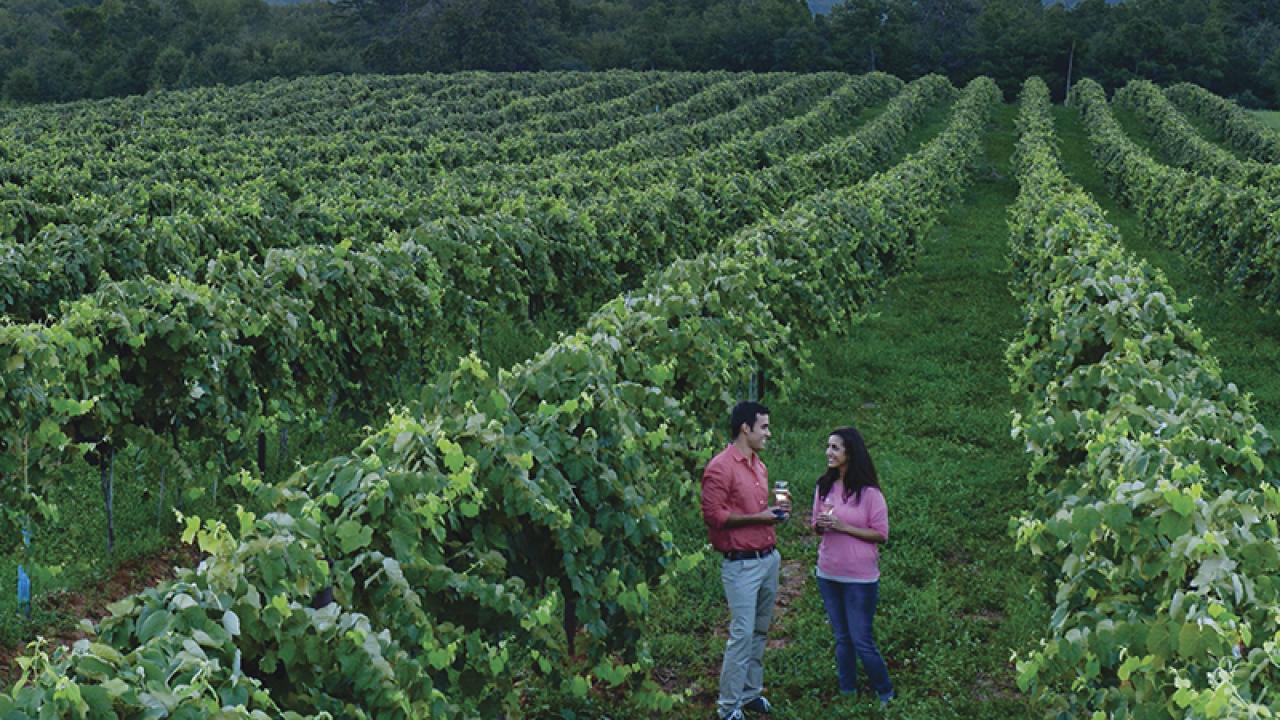 Western Arkansas’ Mountain Frontier is just waiting to be discovered. Tucked in between two mountain ranges – the Ozarks and the Ouachitas – it can still feel like uncharted territory. Whether you choose to stake your claim on the open road, over an epic trail, atop the state’s highest peak or in Arkansas Wine Country, there’s a lot of ground to cover.

Small towns like Alma, Altus, Mena and Paris offer lots of charm. Alma is the Spinach Capital of the World, and Popeye Park is a fun photo op. In Paris, see a replica of the Eiffel Tower. Altus, Paris and Wiederkehr Village are known as Arkansas Wine Country. Stroll through rows and rows of vineyards, and sample different varieties at family-owned wineries that have been in operation for generations. Take Scenic Hwy. 22 east from Paris for a gorgeous drive that leads to Subiaco Abbey, a Benedictine monastery with well-maintained grounds and historic buildings dating back to the late 1800s.

To get the frontier history of this place, it’s important to tour the Fort Smith National Historic Site. From the establishment of the first Fort Smith on December 25, 1817, to the final days of “Frontier Judge” Isaac C. Parker's jurisdiction over Indian Territory in 1896, this now-National Historic Site preserves almost 80 years of history. Start at the visitors’ center, located in former barracks, courthouse and jail buildings. Explore life on the edge of Indian Territory through the stories of soldiers, the Trail of Tears, dangerous outlaws and the brave lawmen who pursued them. The remains of two frontier forts, the court of Frontier Judge Parker and old jail still stand to this day. Admission to walk the grounds is free. Also impressive is a 25-foot monument that honors Bass Reeves, the first African-American Deputy U.S. Marshall west of the Mississippi. During his 30-year career, he brought an estimated 3,000 outlaws to Judge Parker’s tough courtroom. 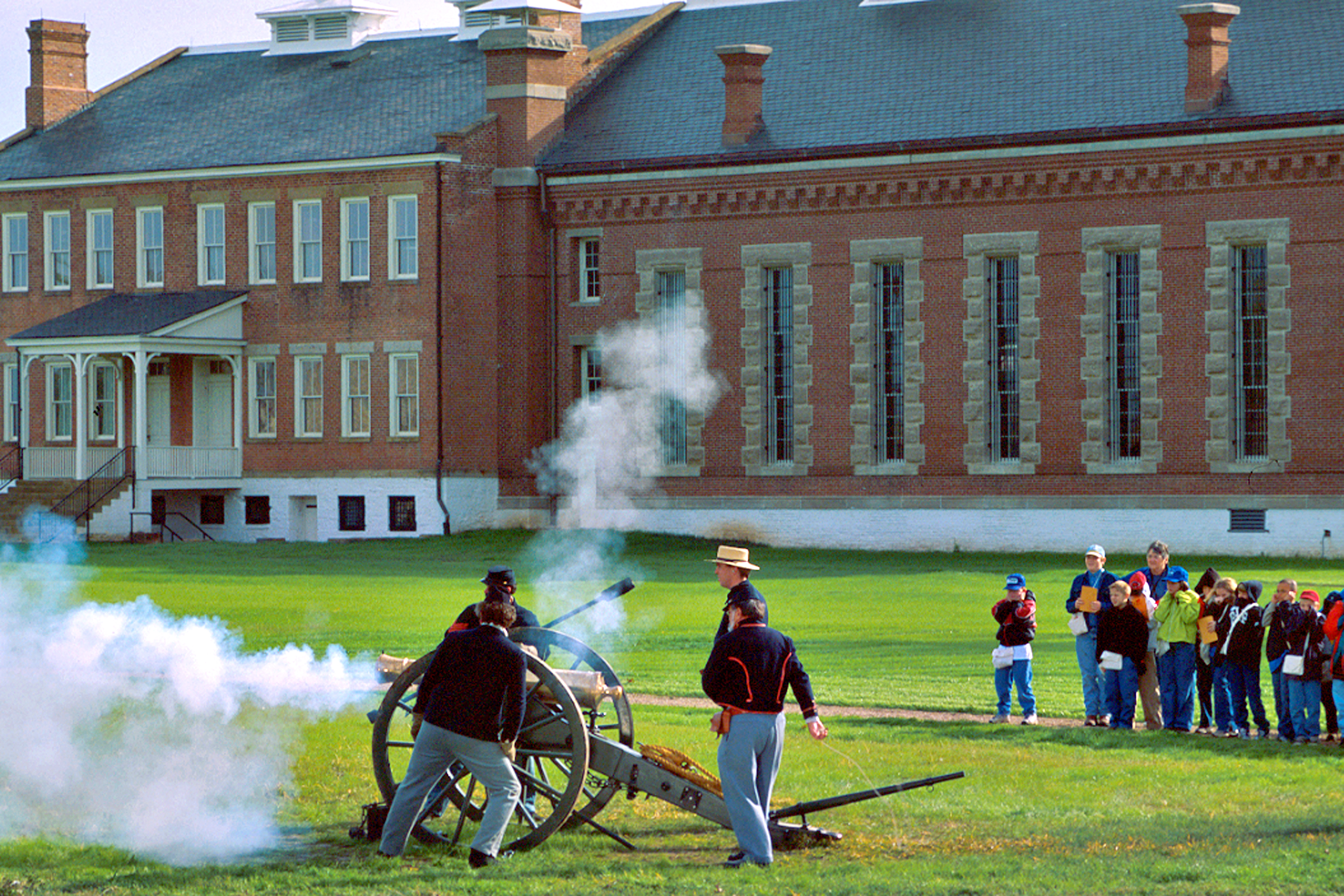 After years of preparation, the 53,000 square foot United States Marshals Museum is now under construction and is scheduled to open in the fall of 2019 on the banks of the Arkansas River in Fort Smith. Featuring an iconic design, the Museum will tell the stories of justice, integrity, and service of the Marshals, both men and women, who have bravely served our nation. 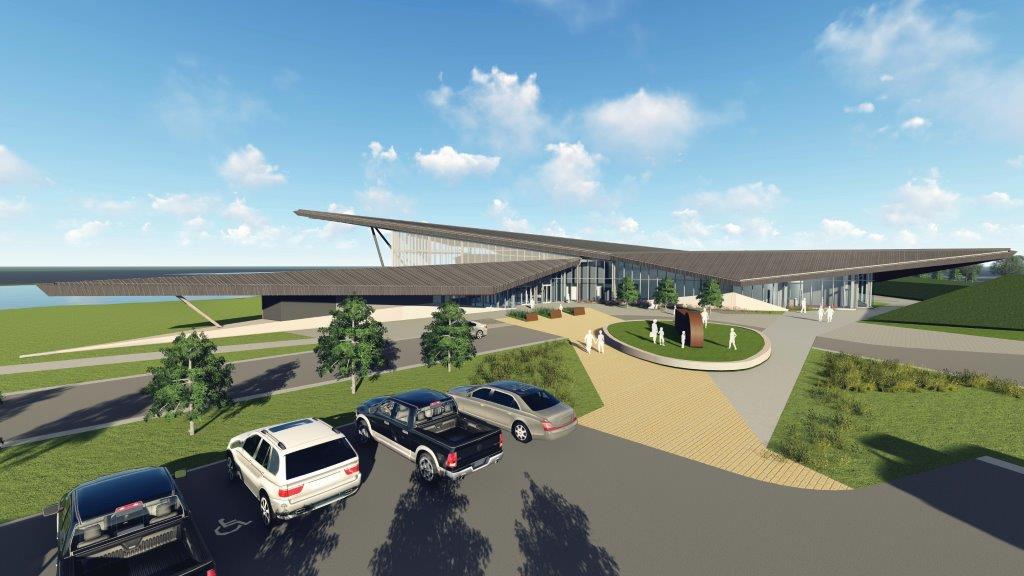 A fun way to get off the beaten path is on the Arkansas and Missouri Railroad. Originally part of the Frisco, this freight and passenger excursion railroad operates on 150 miles of track from Monett, Mo., to Fort Smith. Trips include a run from Van Buren to Winslow, a three-hour, 70-mile journey through the beautiful Boston Mountains. Leave time to stroll through Van Buren’s historic downtown, known for its great shopping. 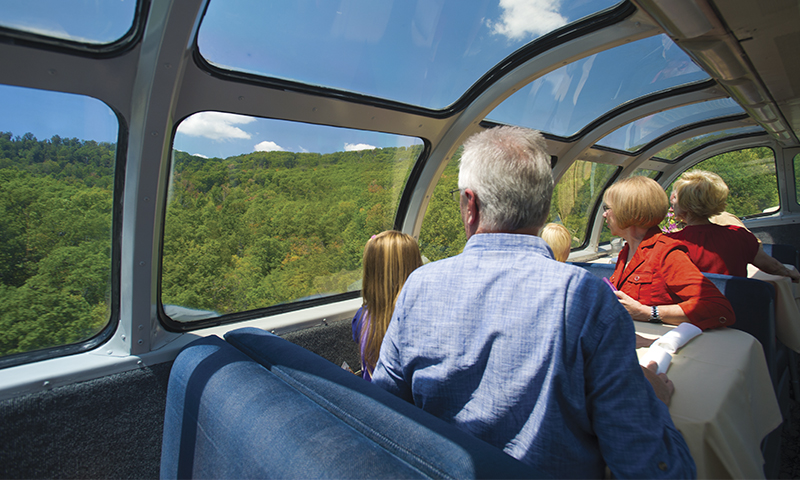 You have plenty of options throughout the region, but when it comes to unique lodging in beautiful locations, don’t miss booking a stay at the lodges at Mount Magazine or Queen Wilhelmina state parks. The Lodge at Mount Magazine offers luxury accommodations on the state’s highest peak. With sweeping views of the Petit Jean River Valley and Blue Mountain Lake in the distance, this mountaintop resort combines the best of the outdoors and indoors. The modern, rustic-style lodge offers 60 guest rooms, fine dining in the Skycrest Restaurant, an indoor swimming pool, fitness center and more. To get closer with nature, choose from the park’s secluded cabins. Queen Wilhelmina is another lofty destination. Known as the “Castle in the Sky,” it’s situated on Rich Mountain, the second highest peak in Arkansas. There are 40 well-appointed rooms fit for queens or kings with dining available in the Queen’s Restaurant. Hiking trails and overlooks are a short walk from the lodge.

Western Arkansas’ Mountain Frontier is really meant to be explored outdoors. In this region is Artist Point, voted one of the most photographic spots in America. To get there, take Scenic Byway 71 to eight miles north of Mountainburg. At 2,260 feet, White Rock Mountain also rewards visitors with incredible scenic views. The mountain gets its name from the lichen on the sheer bluffs that appear white from a distance. It is best known as the hub of several Ozark National Forest hiking trail systems, including the 1.5-mile loop trail around the rim of mountaintop, the 13.4-mile Shores Lake loop trail and the renowned Ozark Highlands Trail. Another scenic spot to add to the list is the Trail of Tears Overlook. Located at Belle Pointe, the site of the first fort and what is now preserved as part of the Fort Smith National Historic Site, it overlooks the convergence of the Arkansas and Poteau rivers.

The Arkansas River is the lifeblood of the state. There are a number of access points along the river that make it easy to fish from just about anywhere you like. Locks and dams along the river form pools that are stocked with bass, crappie, catfish and bream. The shallow backwaters adjacent to the river are an early season bass hot spot. The Arkansas River is also the site of the Big Bass Bonanza, the state’s largest amateur fishing tournament. Another fishing hole is Lake Fort Smith, a 1,390-acre reservoir with marina and boat rentals at Lake Fort Smith State Park. State park facilities also include lodging, camping and RV sites. In addition to fishing, the park is also popular for kayaking, hiking and biking. For backpackers, the park serves as the western terminus of the 165-mile Ozark Highlands National Recreation Trail. 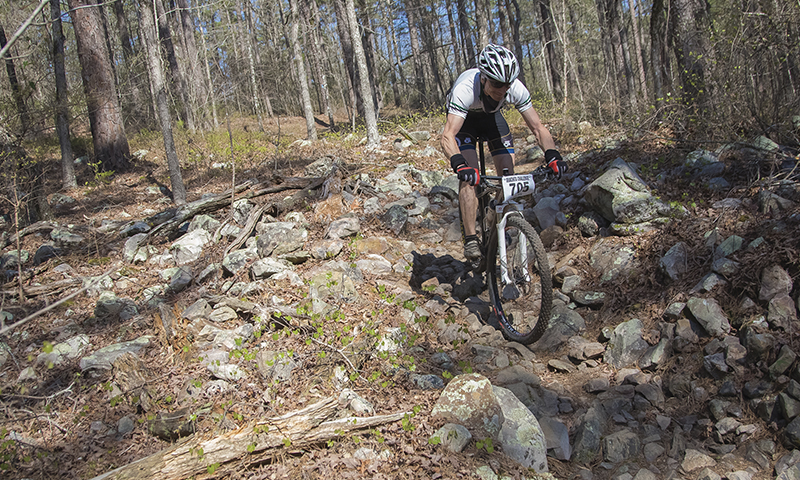 Also on the frontier is the Ouachita National Recreation Trail. At 223 miles, the Ouachita National Recreation Trail is the longest hiking trail in Arkansas. The western terminus is Talimena State Park in Oklahoma before the trail travels east all the way to Pinnacle Mountain State Park in Little Rock. The 108-mile stretch from Hwy. 88 (Talimena National Scenic Byway) to Scenic Hwy. 7 north of Hot Springs is open to mountain bikers, making it the longest mountain biking trail in Arkansas. Its rugged, challenging terrain earned EPIC status from the International Mountain Biking Association.