Five places for little monsters to get ghoulish this Halloween 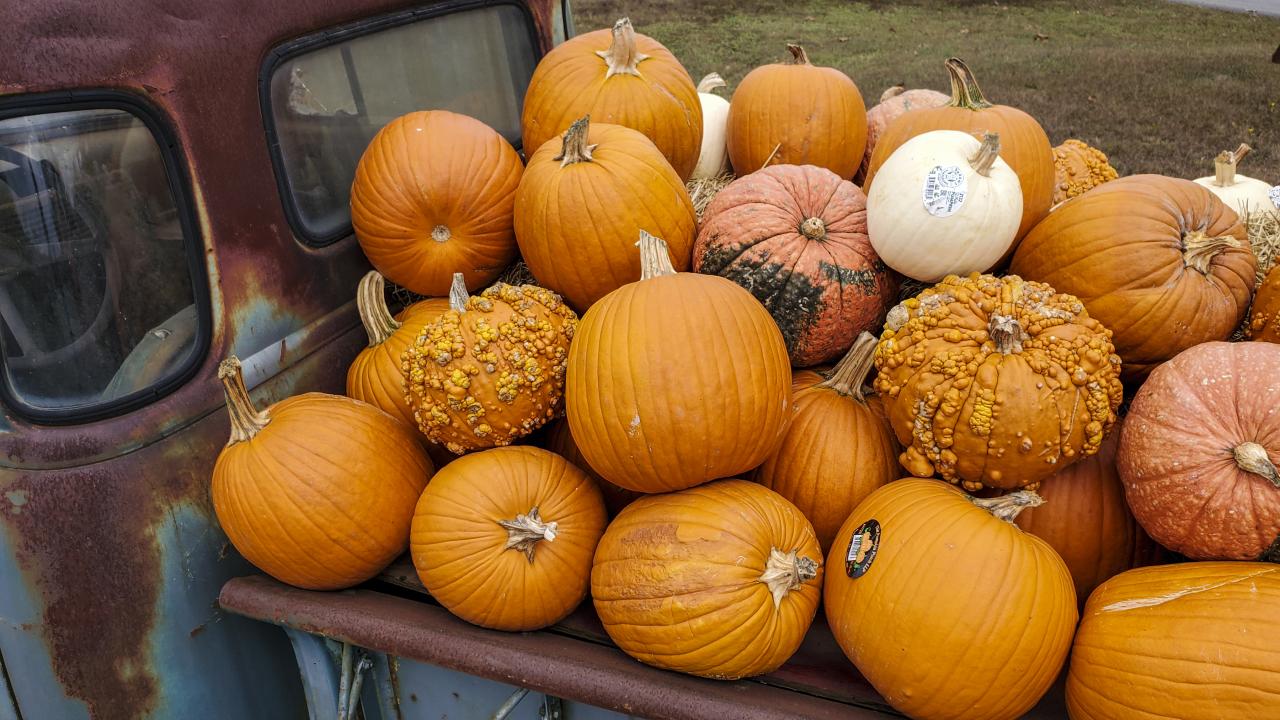 Pumpkins at the Clinton Pottery Shoppe

In the pantheon of all-time most-loved kids’ holidays, Halloween is right up there with Christmas—and for some little pirates and princesses, this creative and candy-filled time is tops. Trick-or-treating is traditional, but there are tons of other ways to get into the spooky spirit. Here are a few of our favorite places to creep out! 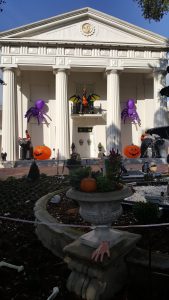 Little Rock’s annual Big Boo!seum Bash is back for its 22nd year of trick-or-treating with a twist—instead of going door-to-door, kids hop from one downtown museum to another, participating in games and raking in treats along the way. This year’s bash takes place on Thursday, October 26 from 5:30 to 8:30; participating locations include the Arkansas Arts Center, Central Arkansas Nature Center, Historic Arkansas Museum, Little Rock Visitor Center at Curran Hall, MacArthur Museum of Military History, Mosaic Templars Cultural Center, Museum of Discovery, North Little Rock Heritage Center and the Old State House Museum.

When someone says “library,” Halloween fun probably isn’t the first thing that comes to mind. But the Central Arkansas Library System has free themed events going on at several branch locations, including Pumpkin Bowling at Millie Brooks; a Halloween Spooktacular at Terry; Family Fun Night and Costume Parties at Thompson and Maumelle; and a day-of Halloween Party at the Main Branch. 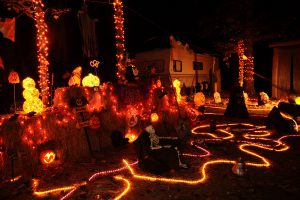 Three state parks in Central Arkansas have special Halloween events planned for Saturday, October 28: Petit Jean Mountain State Park will host their free Halloween Fun Festival from 6 p.m. to 9 p.m. featuring nature-focused activities and more; “Woolly Holloween” will take place on the swim beach at Woolly Hollow State Park from 5 p.m. to 8 p.m. with games, costumes, prizes, a haunted trail and a bonfire (camping is encouraged at this event, so if you’re planning to stay the night, be sure to decorate your campsite—prizes will be awarded for best spooky decor!); and Pinnacle Mountain State Park will host a Halloween Hayride from 5 p.m. to 7 p.m. with campfire and treats.

All dressed up and no place to go? Channel that energy into getting active at a costumed ride or run. The MEMS 5K is back for a fourth year and welcomes runners and walkers of all ages and abilities to dress up for a trip over the Big Dam Bridge beginning at 10 a.m. at Murray Park (in the Dam Site Use Area) on Saturday, October 28. You could consider that event a warm-up for another one taking place just down the road a little later in the day: The Creep N’ Crawl 10K/5K kicks off at 5 p.m. in Two Rivers Park with a Li’l Monsters Race, a Virtual Race, a custom finisher’s medal and post-race festivities. For monsters who’d rather be on two wheels than two feet, Bobby’s Bike Hike is leading an easy, kid-friendly, five-mile group ride through downtown Little Rock’s most haunted neighborhoods. The ride is free if you bring your own bike; rentals for the event are $10 each. Costumes encouraged! 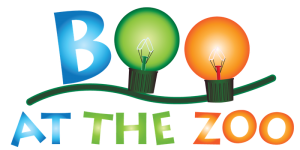 No Central Arkansas Halloween experience would be complete without a whirl around the Little Rock Zoo’s Boo at the Zoo. The 2017 edition features carnival rides, a hay maze, costume contests, a nightly dance party, performances, games, haunted train, zombie paintball (new this year!), face-painting and tattoos, a haunted house, fortune telling and more. And, of course—trick-or-treating.