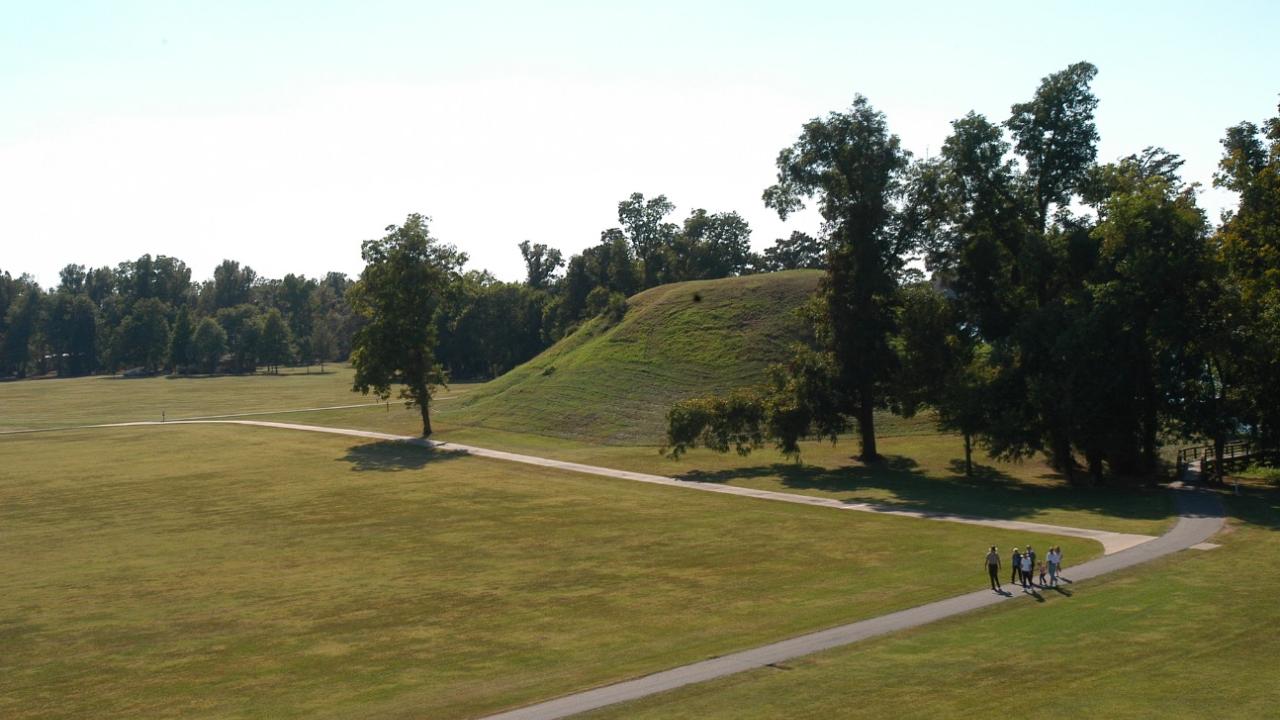 November is Native American Heritage Month and Toltec Mounds Archeological State Park makes an intriguing stop year round to learn about Native American culture and the largest prehistoric mound complex in the state. Though named Toltec the site, which is located a few miles from Scott and around 20 miles from Little Rock, is not associated with the Toltecs of Mexico. It is actually a mystery, one of many, of who these North American Indians were since no written records have been left behind to help decipher this. However, archeologists refer to them as the Plum Bayou culture, named so after a nearby stream.

One thing archeologists have been able to glean though, is that this site was used as a ceremonial center for around four hundred years from 650 AD to 1050 AD. A focal of this site, and the most noticeable, are the mounds that you see here. Though mounds were used in many ways by Native American cultures, they were mostly used for ceremonial activities and as burial sites. One that you can see here is 49 feet tall, which holds title as the tallest mound in Arkansas. These are marked by red and white letter markers throughout the park and some are more visible to the eye than others due to the farming practices that changed the landscape before this sacred site became a state park in 1975. 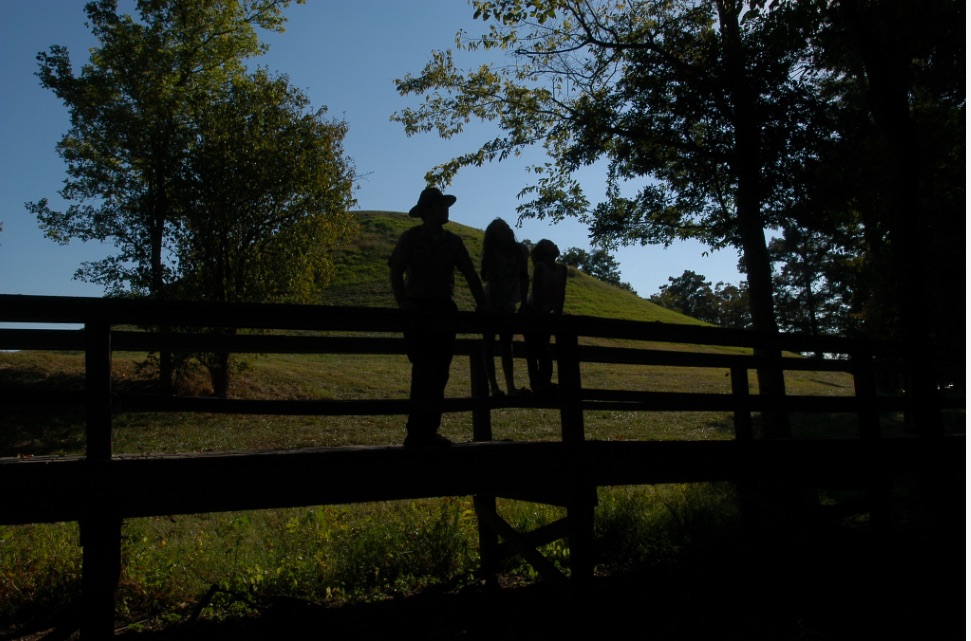 One interesting note about the layout of the mounds is that they are located at precise measurements from each other. In this way, the mounds were used as an earthen calendar by this culture since the changing position of the sun on the horizon could be marked by the mounds, which was useful for keeping track of planting and ceremonial schedules. Every year, the park holds solstice and equinox celebrations where you can experience these special events on the park grounds.

There are two trails you can choose from to explore the grounds and get a closer look at the mounds. These are the .8 mile Knapp Trail or the 1.6 mile Plum Bayou Trail. You can get informative brochures of both at the park visitor center. Both take you by an oxbow lake known as Mound Lake, which you can get a closer look at via a boardwalk. The Plum Bayou people probably used this waterway to reach the ceremonial site via dugout canoes, which were made from cypress or pine. 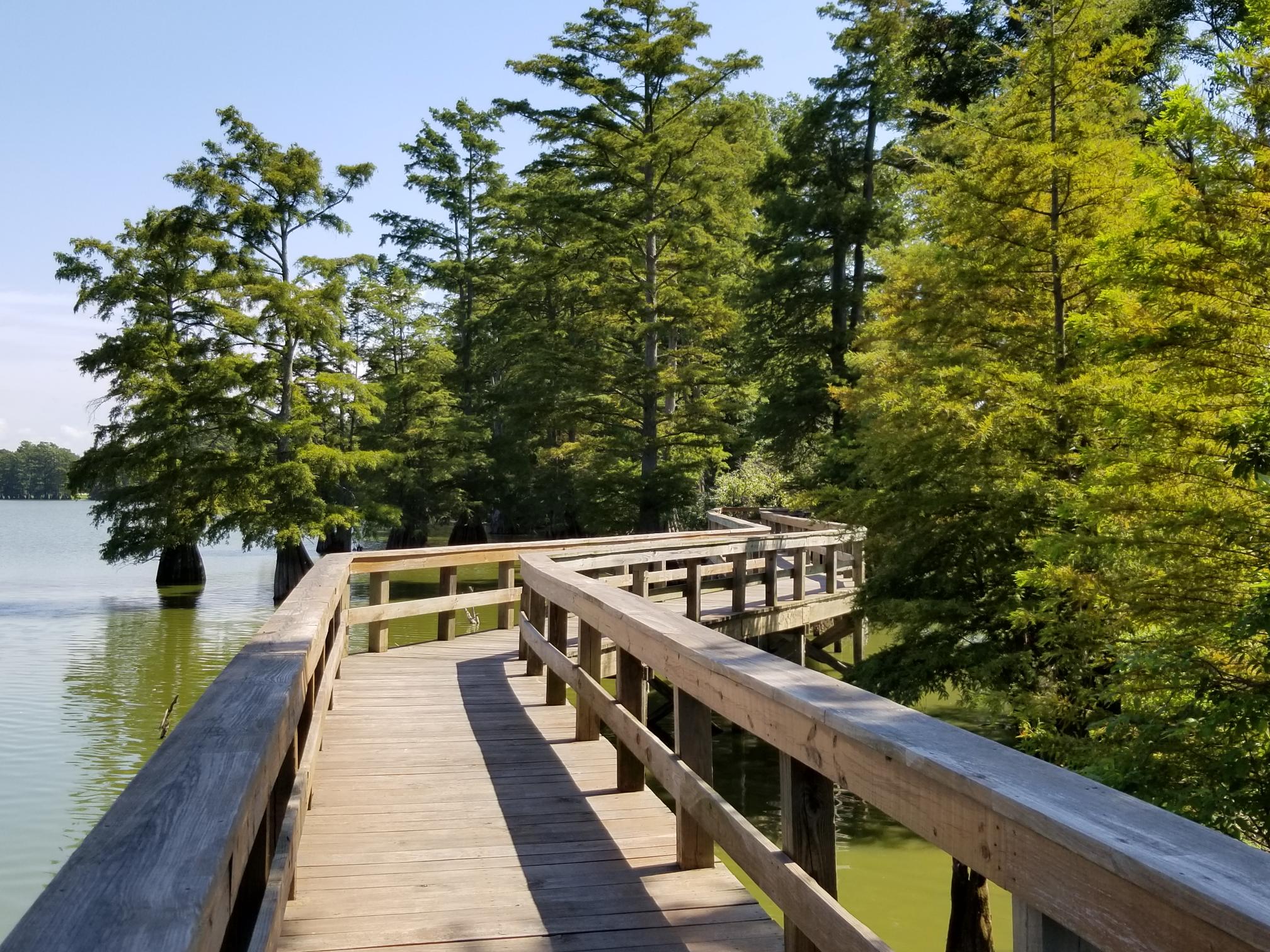 Mystery surrounds the site but one of the greatest questions is why the Plum Bayou people left this site in 1050 AD. It is not known where they left to or why.You can learn more about the Plum Bayou culture at the exhibits at the visitor center. The park also offers the opportunity to see archeology research at work here too.

Toltec Mounds Archeological State Park is located at 490 Toltec Mounds Road near Scott. While you are in Scott, there is another interesting state park you can visit too, Plantation Agriculture Museum State Park.