Little Rock, Arkansas sits on the banks of the Arkansas River in Pulaski County, located in the center of the state. And with a population of nearly 200,000 people, it's the largest city in Arkansas and definitely the place to find a good time at a great value. 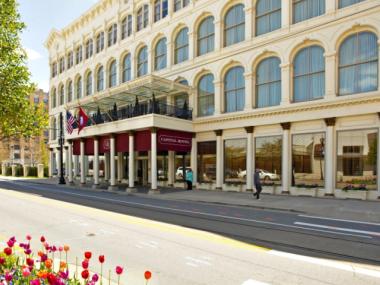 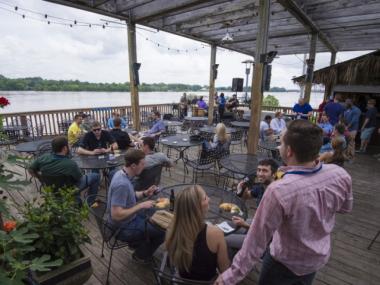 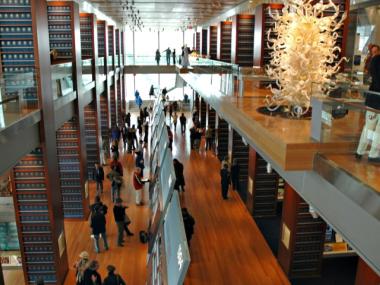 The hub of Little Rock is the bustling River Market District featuring restaurants, shops, bars, nightlife, museums and hotels as well as the area's main library. Focal points in the city include the Clinton Presidential Center & Park, the nearby world headquarters of Heifer International, and the Central Arkansas Nature Center.  All three properties are "green" buildings and offer special tours. The Clinton Presidential Park Wetlands add “green” as well, with boardwalks winding throughout the preserve in downtown Little Rock. In the vicinity you'll also find the family-friendly Museum of Discovery, which features an interactive indoor playground for young and old. A ride in the METRO Streetcar will take you through the River Market District and into North Little Rock.

Arts and culture mavens will love the Arkansas Arts Center, which houses both traveling exhibitions and an exceptional permanent collection of works on paper, and the ESSE Purse Museum on South Main street, the only American museum dedicated to the art of the handbag. You can also visit the historic Little Rock Visitor's Center at Curran Hall and learn more about the city. Don't miss La Petite Roche Plaza in Riverfront Park on the Arkansas River.

The capital city's namesake – the little rock – is now the center of this beautiful area with interpretive plaques and innovative landscaping.The story of the "little rock" -- Benard de le Harpe, who is believed to have traveled about 50 miles above the present sites of Little Rock and North Little Rock, AR, described the area when writing about his journey.  He noted a landmark on the north bank of the Arkansas River, which he referred to as the "French Rock" (now known as "big rock"). The first outcropping of rock along the riverbanks above its mouth on the south bank came to be known as the La Petite Roche -- "Little Rock." The city of Little Rock was incorporated just over 100 years later.

The arts flourish in Little Rock, Arkansas with the gallery at the Arkansas Arts Center, offering free admission and housing one of the most-acclaimed collections of works on paper in the country. Performing arts opportunities are abundant, as are fine and casual dining, with a wide variety of restaurant options.

Like history? The city of Little Rock doesn't disappoint. In addition to learning about Arkansas government and history at the Clinton Presidential Center, some of the other historic sites include Little Rock Central High School National Historic Site, Historic Arkansas Museum, Old State House Museum, Mount Holly Cemetery and MacArthur Museum of Military History. Black history is explored at the Mosaic Templars Cultural Center and EMOBA, along with the Central High School Museum, where nine African American students made history in 1957.

A good way to get an overview of Little Rock, AR and its major attractions is from a guide onboard a Little Rock Tours state-of-the-art bus. The tours travel throughout town and feature knowledgeable local guides and relevant Hollywood and TV news clips shown on screens throughout the bus. Little Rock's location in the center of the state also puts it in easy reach of a number of historic trails, such as the Butterfield Overland Trail, the Southwest Trail, the Trail of Tears, and the Little Rock Campaign of the Civil War. These are part of the Arkansas Heritage Trails System and offer lots of information about the history of The Natural State.

For a change of scenery, Little Rock has plenty for outdoor lovers as well with great weather and numerous city parks offering running/walking trails, bike paths, fishing, private and public golf courses, sports facilities and picnic areas. The Little Rock Zoo is a treat for families seeking a leisurely and scenic stroll. Don't miss taking a whirl on the historic Over the Jumps Carousel, the only one still in existence in the world. Just to the west of town is Pinnacle Mountain State Park, a day-use facility close to town which everyone likes for its birds-eye view of the city from its summit as well as a variety of nature trails around the base. Overlooks at the park provide views of the water portion of the Trail of Tears route and, on a nice day, you're likely to see a plenty of hikers on their way up to the top to check out the next-level view.

You'll also find some great events for visitors of any age on any given weekend here in Little Rock–from the Cheese Dip Festival to Riverfest to Jazz in the Park and many more. Check the calendar for current and upcoming events before your visit! Start planning your vacation to Little Rock, AR and see what the capital city has to offer! You'll leave with memories, stories to tell and a new favorite vacation spot.

EMOBA (The Museum of Black Arkansans)