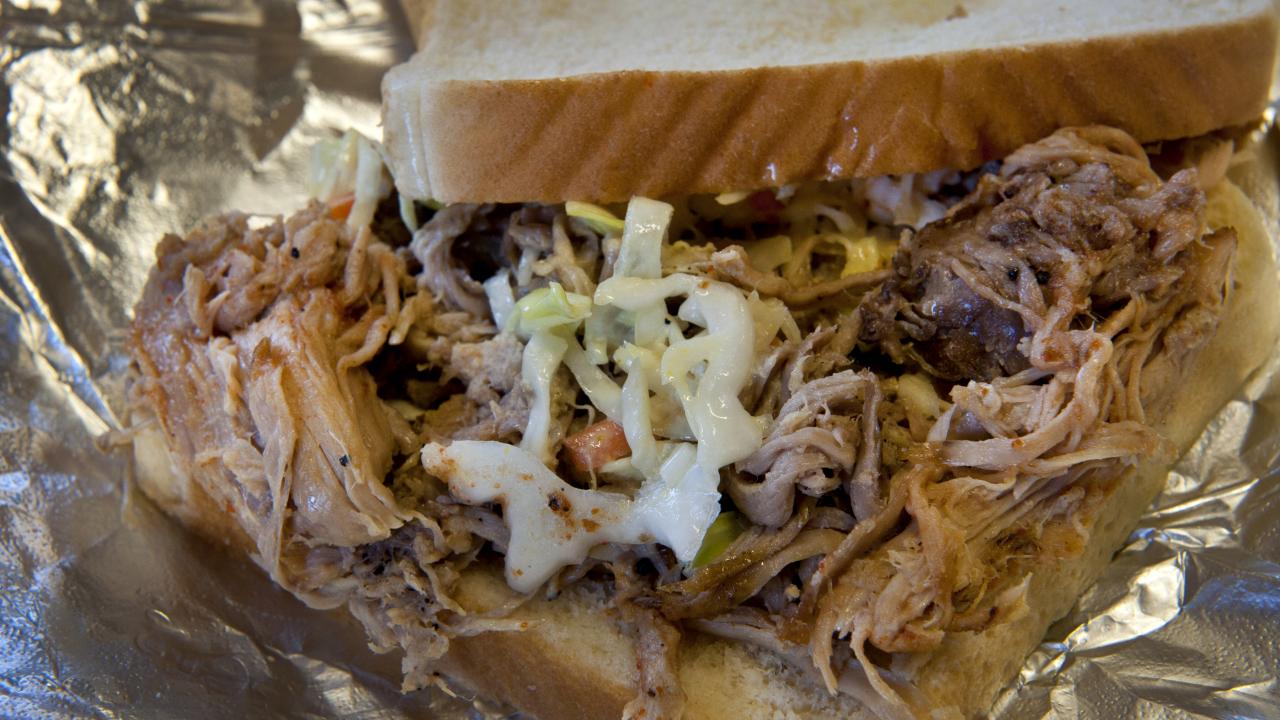 In late 2016, the Department of Arkansas Heritage announced plans for the inaugural Arkansas Food Hall of Fame awards with a variety of categories, such as proprietor of the year, food-themed event and even a people’s choice category. The creation of the awards was a way to give recognition to those long-standing restaurants that have also become legendary attractions in Arkansas. Eligible restaurants must be owned and operated in Arkansas and have been in business for at least 25 years.

The February 2017 event also included the induction of the first three members into the illustrious Hall of Fame. Two of the three inductees were from Arkansas’s Lower Delta region – Rhoda’s Famous Hot Tamales in Lake Village and Jones Bar-B-Q Diner in Marianna. 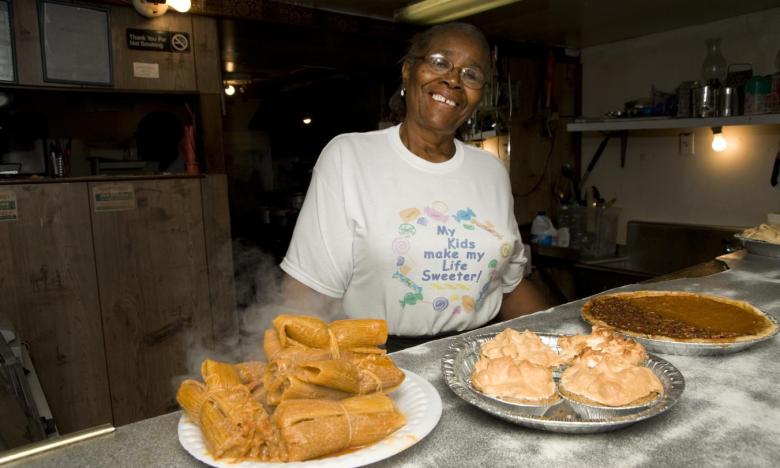 Rhoda Adams is as iconic as her tamales and pies!

Rhoda Adams started making and selling pies as a way to raise money for her beloved church. Then she decided to try making the family’s tamales…and history was made. A trip to Lake Village isn’t complete without a trip to Miss Rhoda’s…whether it’s for the tasty tamales, the scrumptious plate lunch or amazing pies.

Jones Bar-B-Q Diner in Marianna has been a part of the food culture in the Arkansas Delta for more than a century. The Southern Foodways Alliance, an organization “dedicated to the documentation and celebration of the diverse food cultures of the American South,” believes Jones’s to be the oldest African American owned restaurant in the South and possibly the nation. In 2017 the restaurant was bestowed with the America’s Classic designation from the James Beard Foundation, the first restaurant in Arkansas to be awarded the prestigious medal for any category. Since then, current pitmaster James Harold Jones has had visitors around the world come to the Lower Delta to experience the family's barbecue. 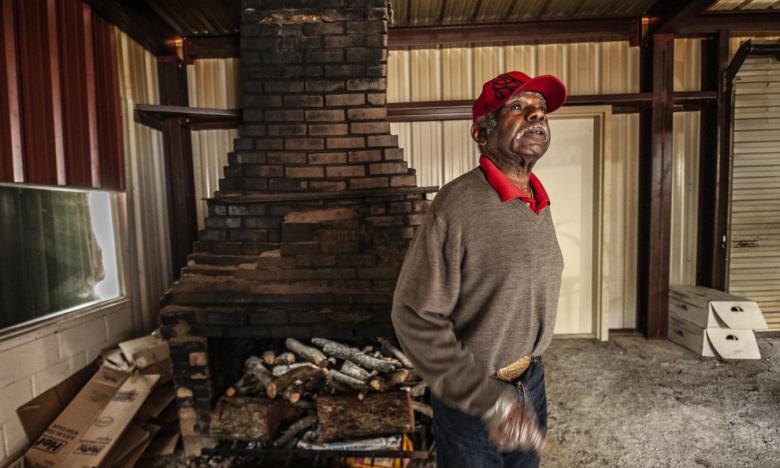