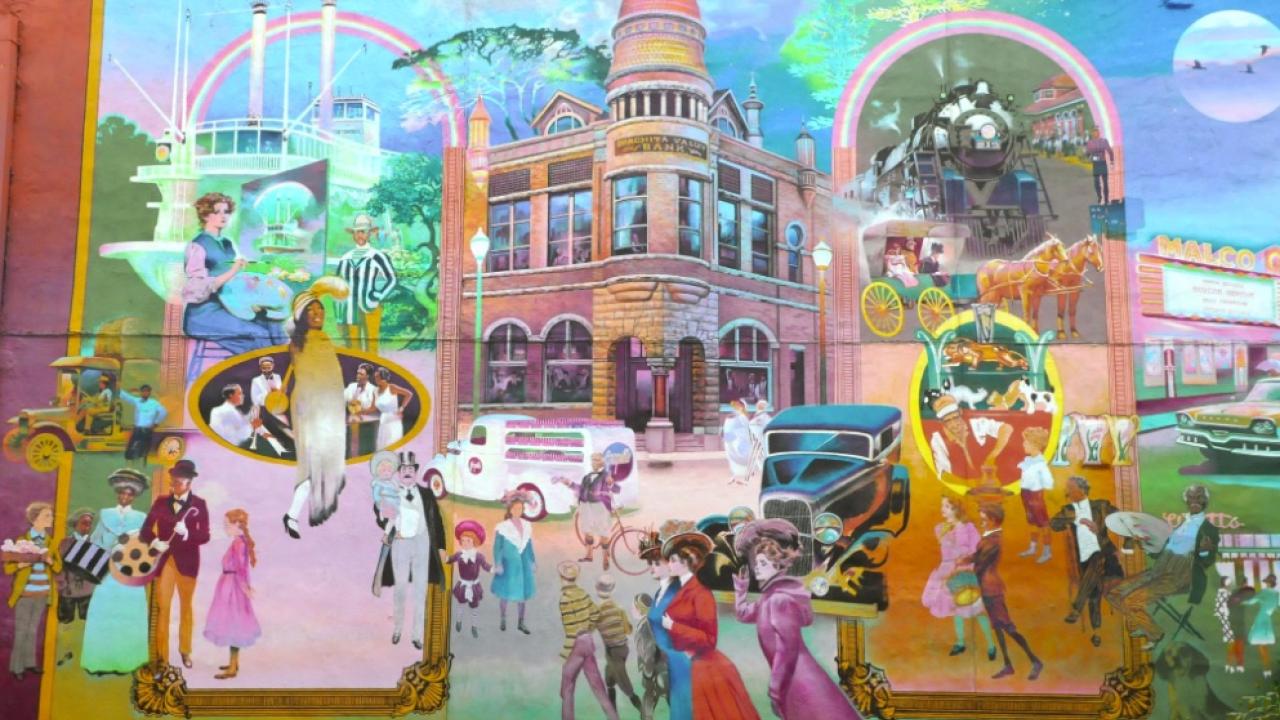 A road trip to Camden offers the chance to learn about the interesting slice of history this city holds. Many historical buildings, homes, monuments, cemeteries and battlefields in and around Camden link its colorful past. Murals depicting the rich history of the town can be found along scenic Ark. 7, which runs through the town.

Located on a bluff overlooking the Ouachita River, Camden is a city rich in Civil War history. The town is located in Ouachita County around 100 miles from Hot Springs and 50 miles north of Louisiana.

First known as a French trading post called Ecore Fabre, its history has been closely tied to the Ouachita River and it was called the “Queen City” of the Ouachita during the steamboat era. In 1864, it became the unintended focus of the Red River Campaign, a major Civil War effort resulting in several significant battles. About 10 miles to the northwest, the site of the Battle of Poison Springs is preserved at Poison Spring Battleground State Park, one of three state parks commemorating the campaign. 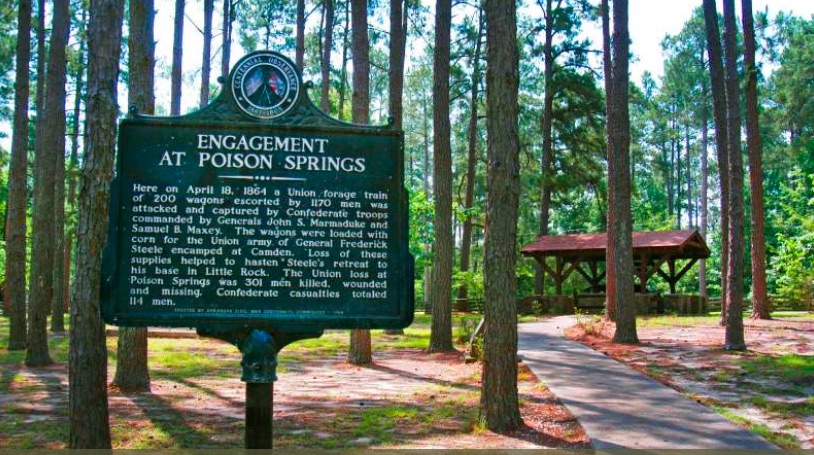 Movie buffs will be interested to hear that parts of the Civil War mini-series North and South were filmed here, as well as the 1970s Martin Scorsese movie Boxcar Bertha.

Today, visitors will notice the result of a revitalization of the Camden Riverfront. This includes Sandy Beach Park, which overlooks the lower portion of the Ouachita River and includes a gazebo and picnic areas. There are signs that direct visitors to the park.

Another spot to visit in town is a restaurant downtown called Postmasters Grill. This restaurant and bar, owned by Camden native Emily Jordan-Robertson, is housed in Camden’s historic 1896 Post Office at 133 w. Washington Street. The building highlights a Richard Romanesque design in a style, which is noted for being unusual to Arkansas. 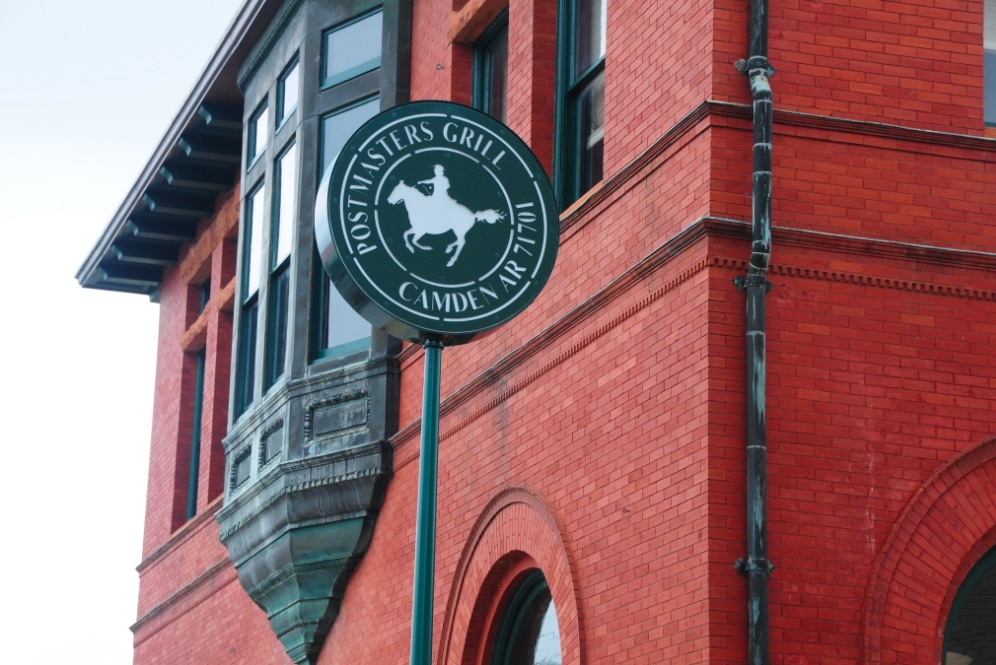 The White House Café is another famous restaurant in town and is known as one of the oldest in the state.  The café is at 323 Adams Avenue and has been a staple of the town for many decades. The cafe was built around 1907 and first owned by Hristos Hodjopulas who moved to the town from Greece.

Across the street from the café is the Camden Visitors Center and Museum, which is located in the historic Missouri-Pacific Depot. Artifacts related to two famous Camden products, Camark pottery and Grapette soft drinks, as well as Civil War and railroad relics,  can be seen here. Camark Pottery was based in Camden from 1926 through the 1960s. The pottery was known worldwide and is still collected.

Other spots you can visit in town include the McCollum-Chidester House, which served as a Union headquarters when federal troops occupied the town during the Red River Campaign. It was featured in the series North and South. Open for tours, the house still contains 1860s furnishings.

Speaking of, the town is full of historic and architecturally significant homes. Many can be found in the Washington Street Historic District and are on the National Register of Historic Places. Several of them date to the Civil War and were used by both Confederate and Union troops during the Red River Campaign; considered Camden’s most historically significant neighborhood.

For history buffs, stops can include a visit to Oakland Cemetery, which is on the National Register of Historic Places and known as the largest Confederate cemetery in the area.

Two major events held in the city are the Camden Daffodil Festival and the autumn BPW Barn Sale ( the region’s largest arts and crafts fair)  at the historic Tate Barn. During the summer, you can catch movies during the “Movies on the River’ series at the Riverwalk Amphitheater. 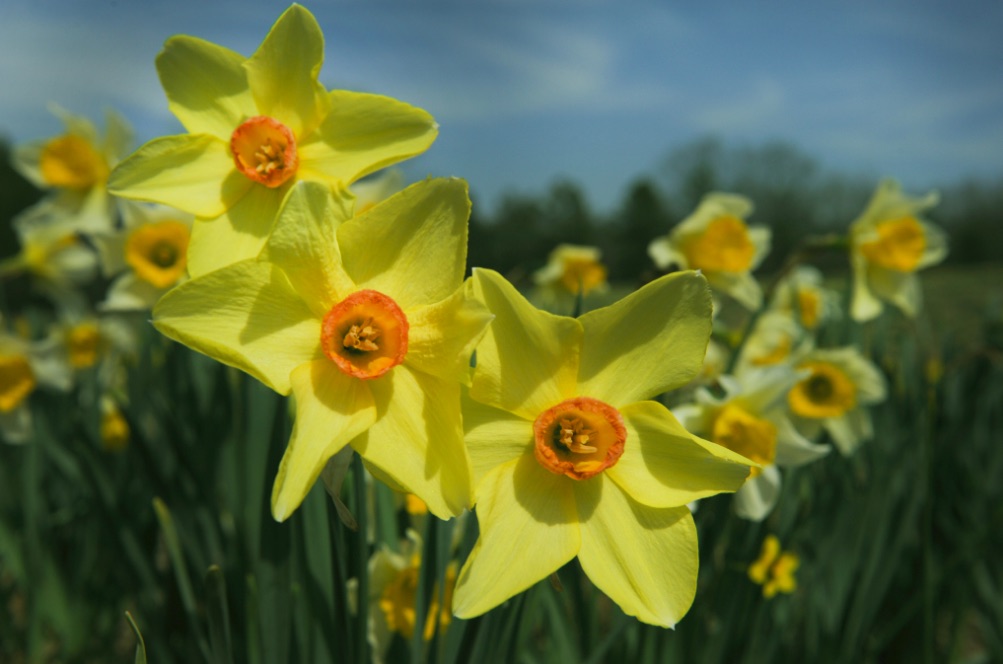 If you are up for a side trip from town, White Oak Lake State Park is about 20 miles away and is known for the prime fishing at White Oak Lake.

No matter what might be on your radar to see if you visit, be sure to remember to gloss up on your history before your venture. Enjoy!