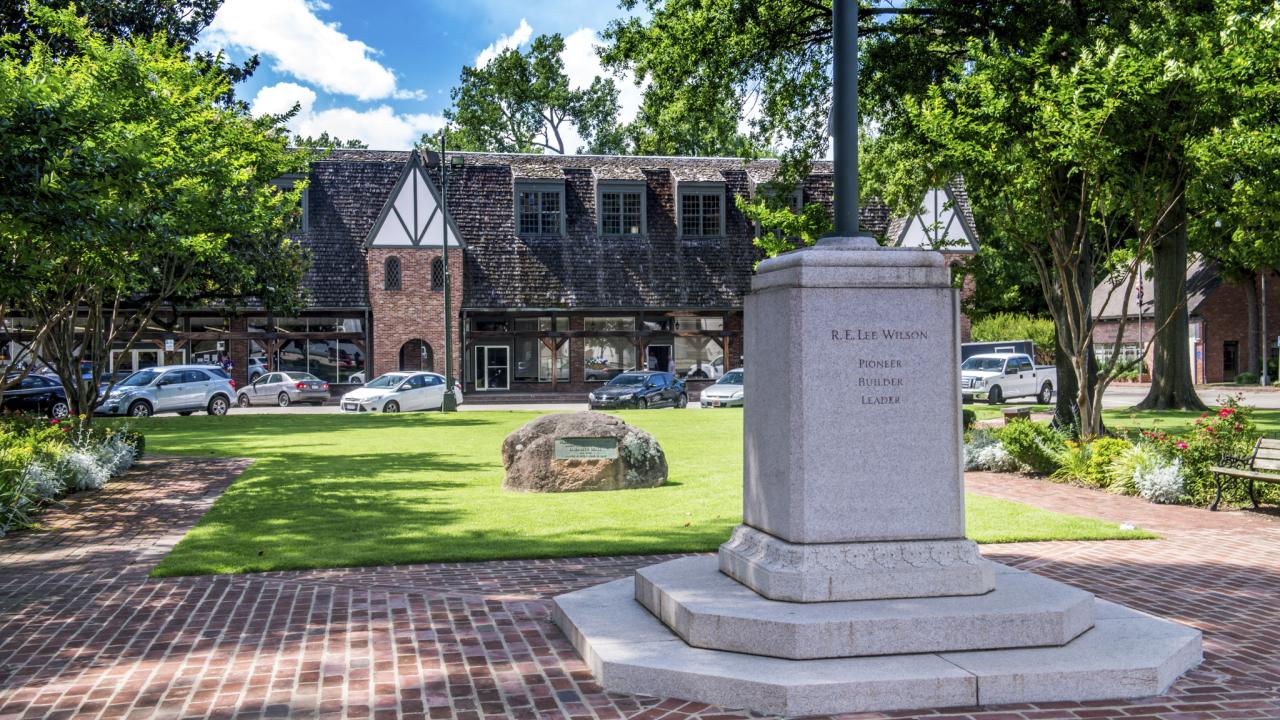 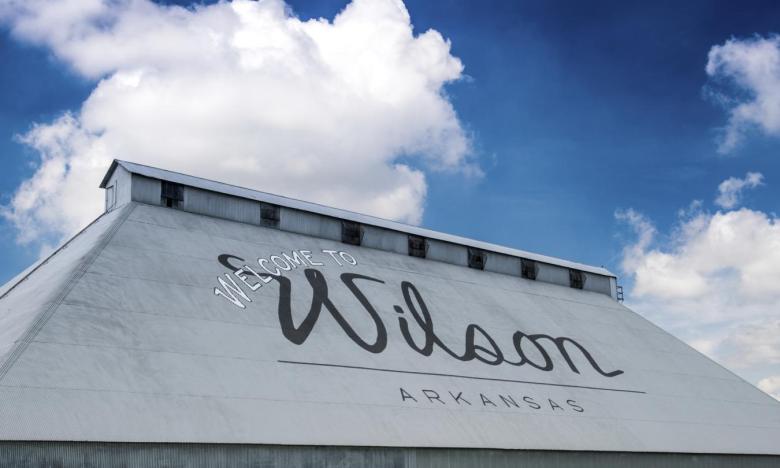 Born in Mississippi County, Ark., in 1865, Robert E. Lee Wilson lost his father at age 7 and his mother at 13. At an early age, while attending school in Memphis, Lee developed a love and respect for land and surveying. At 15, Wilson returned to Mississippi County and worked as a farm laborer in Bassett. The next year, he began farming land left to him by his father, and Wilson started what would become one of the largest farming empires in the South.

R.E.L. Wilson developed the town of Wilson to be a part of Lee Wilson & Company. The company owned all of the houses and operated most of the businesses in the town, as well as the other communities that built up around the logging camps. In Wilson, the downtown square featured Tudor-style architecture, a favorite of Wilson’s. R.E.L. Wilson died in 1933. His estate included over 65,000 acres of farmland within the Arkansas Delta region. 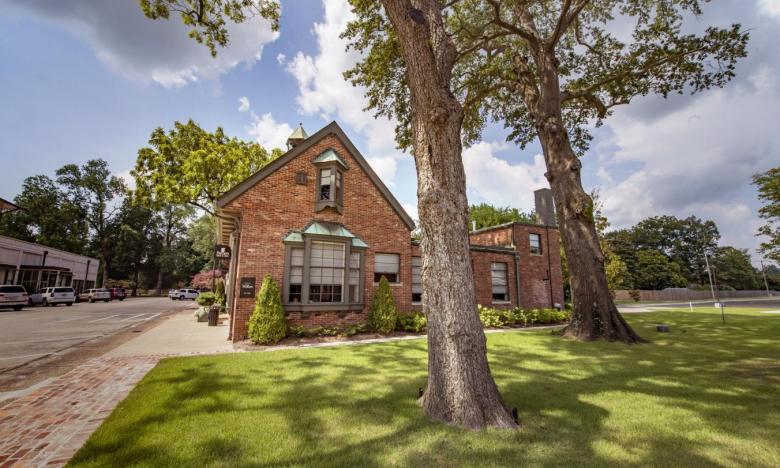 In 2010, The Lawrence Group purchased Lee Wilson & Company, along with many of the town's historic buildings and neighboring agricultural land, ushering in a modern era of renewal.

One of the first major changes was renovation of the Wilson Tavern into the Wilson Café, which opened in December 2013. Owners Joe Cartwright and Shari’ Haley began incorporating local foods into the café’s Southern menu, including local veggies from the nearby Wilson Gardens. The café offers a daily blue plate special, featuring seasonal vegetables alongside the entrée (or there’s even a veggie plate with four veggies…which was my recent choice. But my “veggies” were cheese grits, mac and cheese, lima beans and beer cheese soup. We can discuss whether that was really veggies…regardless it was all amazing!) Lunch options also include salads, sandwiches, burgers and more. The dinner menu features seafood, pasta, catfish, steak, chicken, burgers and fish of the day. The desserts are made in-house and you MUST try the doughnut bread pudding. You can check out the menus at https://eatatwilson.com. 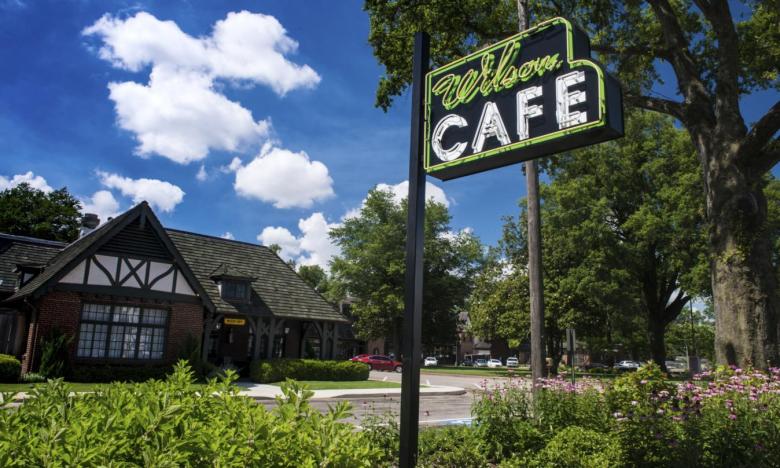 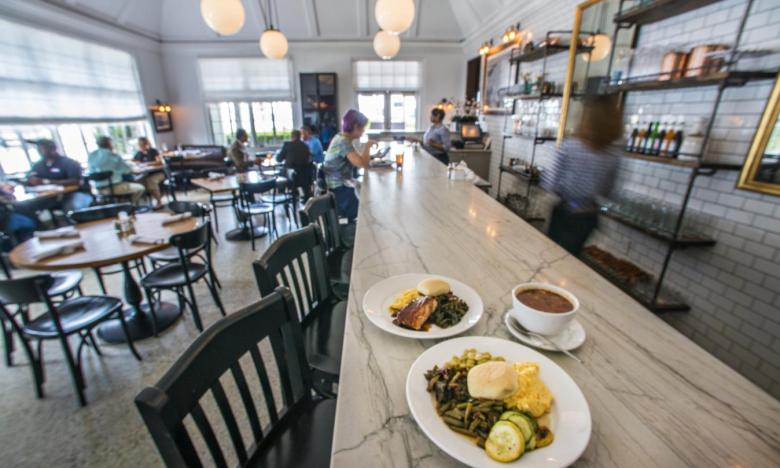 Grab some lunch or dinner at the Wilson Cafe

After a great meal at the Café, do some shopping at the stores located around the quaint, Tudor-inspired town square. One of the newest additions to the shopping scene in Wilson is White’s Mercantile. White’s Mercantile is owned by Holly Williams, granddaughter of the legendary Hank Williams and daughter of Hank Williams, Jr. It’s the first time Williams has opened a store outside her home state of Tennessee. The well-curated shop is stocked with Holly’s favorite items that she’s found while spending much of her life on the road. The shop offers everything from clothing to kitchen items, candles, Southern accents, books and more. You don’t want to miss it. You can check out the Mercantile’s website at https://whitesmercantile.com. 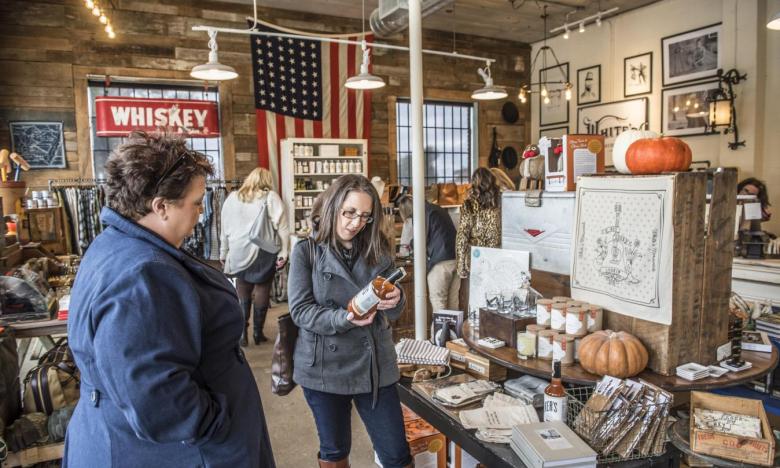 Across the square from the Wilson Café is the newly-relocated, updated and expanded Hampson Archeological Museum State Park, which opened in fall 2018. The new state-of-the-art facility provides visitors with many opportunities for hands-on experiences as well as visually stunning displays. The park exhibits a nationally renowned collection from the Nodena site, a 15-acre palisaded village that once thrived on the Mississippi River. Hampson Archeological Museum interprets the lifestyles of this farming-based civilization that lived there from A.D. 1400 to 1650. Artifacts and exhibits share the story of an early aboriginal population of farmers who cultivated crops and hunted native game. The community that once lived there also created its own art, religion, and political structure. A thriving trading network also played a role in their way of life. This remarkable collection owes its preservation to the late Dr. James K. Hampson and his family. The new museum is 8,580 square feet and gives guests the opportunity to view even more of the amazing collection of objects and interpretive exhibitions that shine light on the ancient culture. Visit the park’s website at www.arkansasstateparks.com/parks/hampson-archeological-museum-state-park. 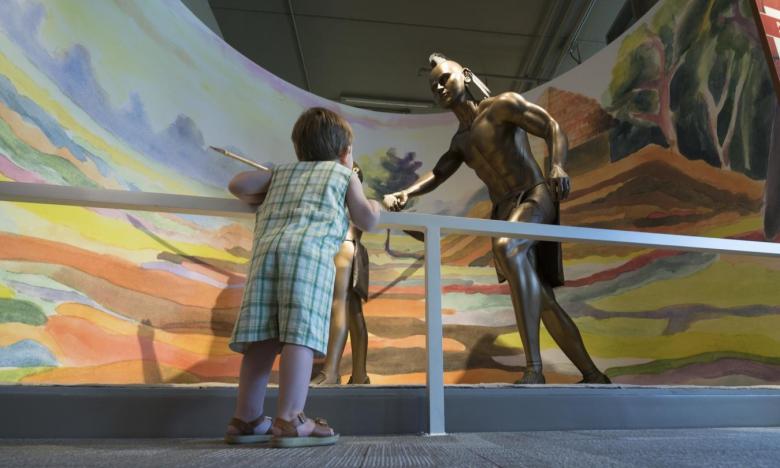 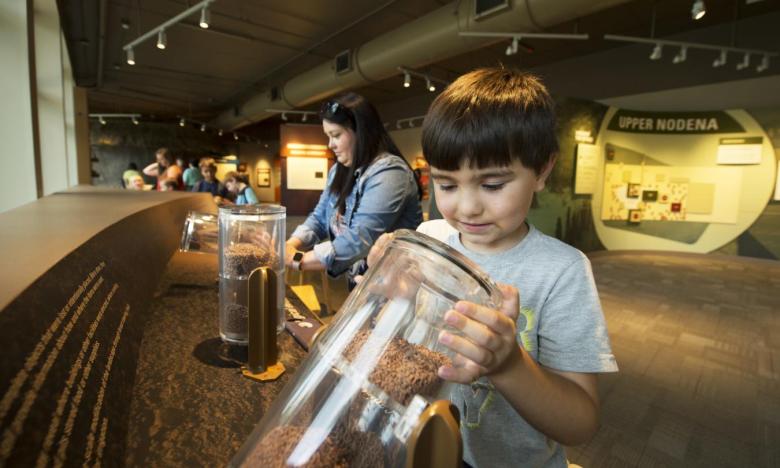 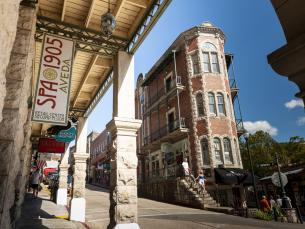 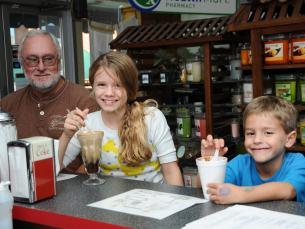 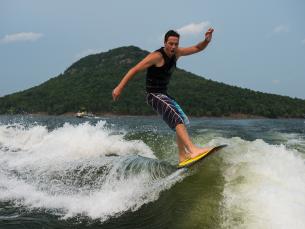