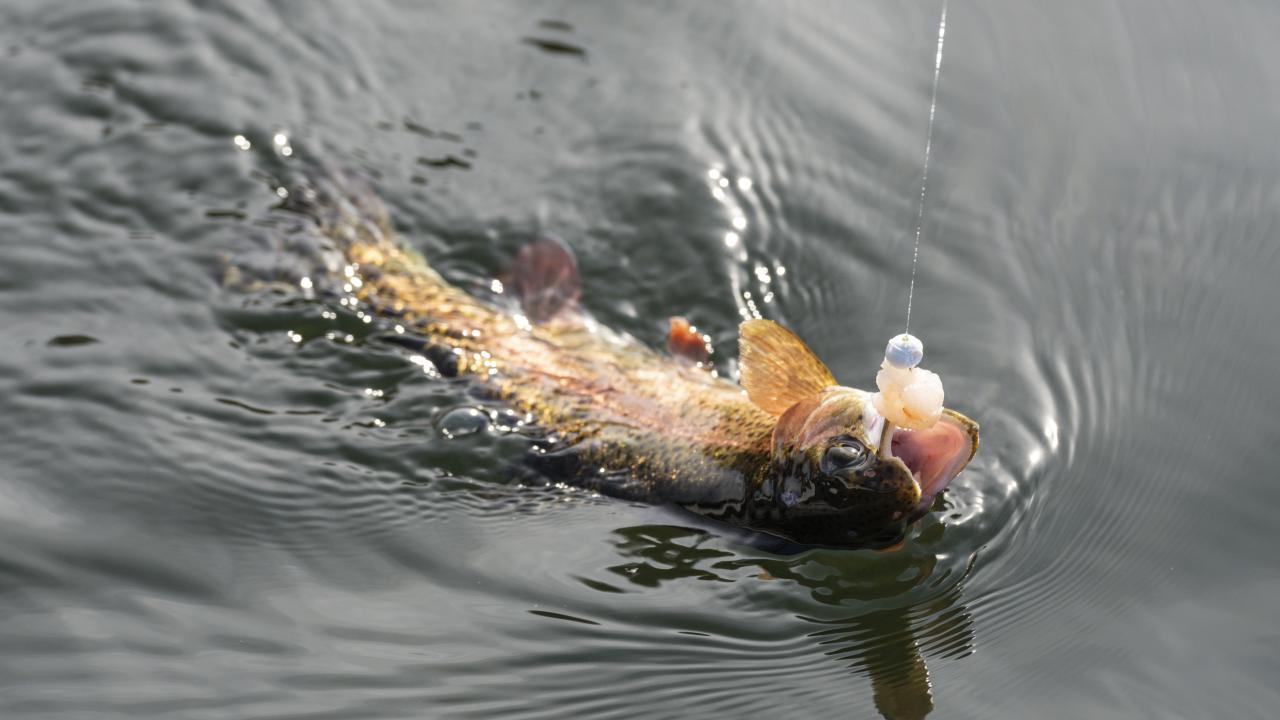 Trout fishing at Gaston's in Lakeview

The fishing waters of The Natural State are numerous and diverse. Six major river systems - the Arkansas, Mississippi, White, St. Frances, Ouachita, and Red - can be found in the state. Hundreds of streams provide thousands of miles of Arkansas fishing opportunities. Arkansas also contains thousands of impoundments, hundreds of which are public waters and natural lakes.

Come cast a line in some of the best fishing lakes, rivers and streams around.

Arkansas offers some of the best fishing lakes in the South, and they’re among the state's most prized possessions. Constantly fed by cold-flowing springs and creeks, the mountain fishing and boating lakes are among the cleanest in the world.

Scuba divers and underwater photographers marvel at the water clarity of Arkansas lakes, while fishermen are happy with the trophy-sized lunkers they hook in the same waters. 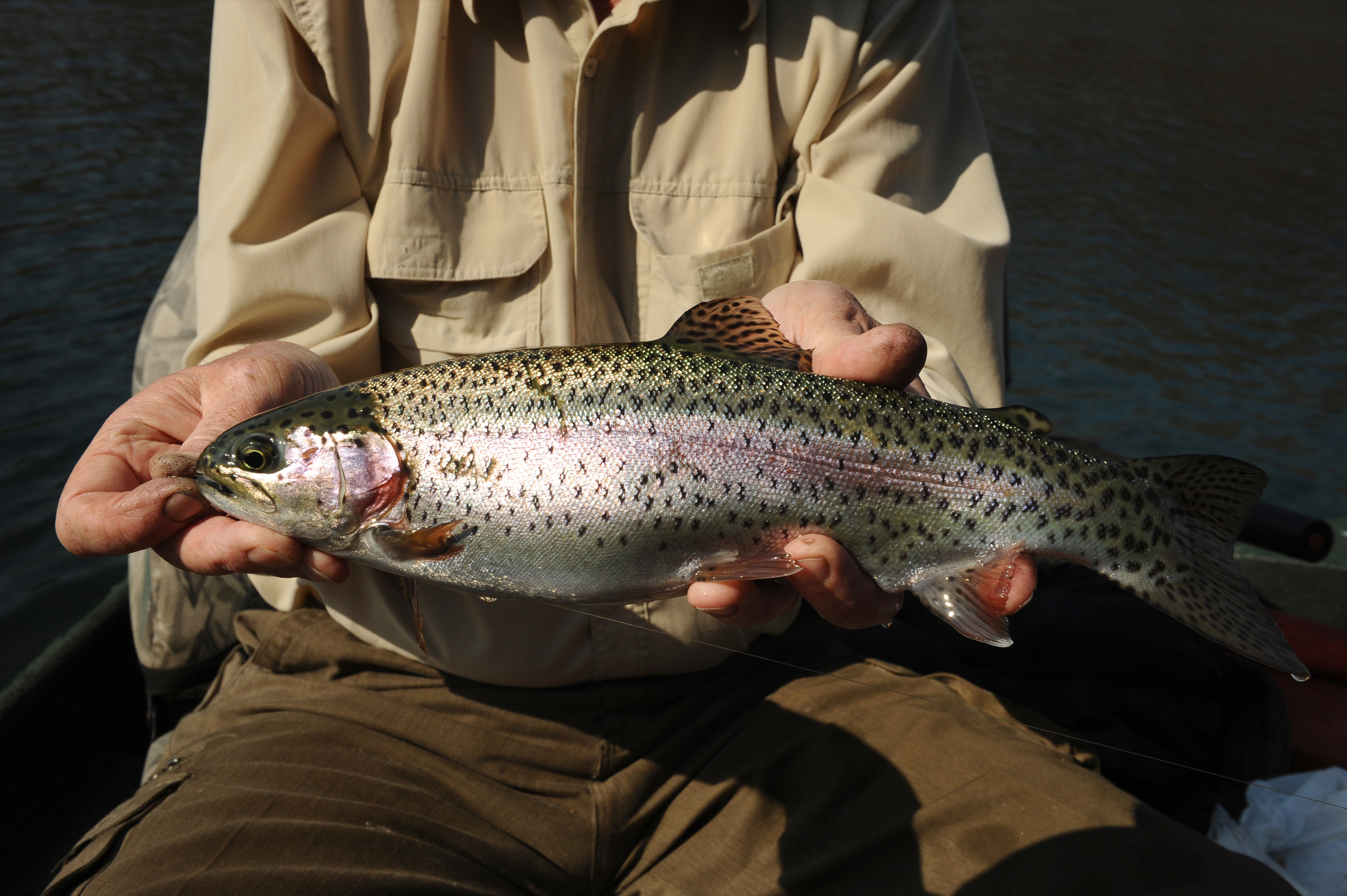 Corps of Engineers dams on the White, Ouachita, Little Missouri, Caddo and Cossatot Rivers have produced almost a dozen large lakes known for their bass, crappie, bream and catfish.

Arkansas rivers boast more than 9,700 miles of streams and any trip should include a visit to the mighty Mississippi River, the state's namesake Arkansas River and the cliff-lined Buffalo National River.

Arkansas rivers have some of the nation's best trout-fishing waters and are a can’t-miss part of the Southern river fishing scene.

Big Southern river fishing is available on both the Arkansas River, which traverses the state from west to east, creating 50-mile-long Lake Dardanelle in the process, and on the Mississippi River, which forms the state’s eastern border. Both rivers and their backwater areas offer excellent angling for a variety of bass and catfish species as well as crappie.

The entire stretch of the Arkansas River within the state is popular among anglers seeking largemouth bass. Several big-time tournaments are held annually on Lake Dardanelle and other reservoirs formed by the river. Meanwhile, scenic streams in the Ouachita and Ozark Mountains offer anglers excellent Southern river fishing for smallmouth bass.

Arkansas’s trout streams and lakes are all located among the Ozark and Ouachita Mountains, which offer four seasons of natural beauty to complement the attraction of the state’s four trout species. Fish for rainbows, browns, cutthroats and brookies. You’ll see anglers passing by in long green johnboats as well as fly fishers.

Anglers cast everything from corn and marshmallows to hand-tied flies—check with local shops for bait tips.

Today, more than 2.5 million trout are stocked annually in Arkansas’s waters. In addition to the Spring, Norfork, Bull Shoals and Greers Ferry sites, trout are stocked into the Beaver Dam tailwaters on the upper White River, into two tailwater sites on the Ouachita River near Hot Springs and into two parts of the Little Missouri River in western Arkansas. The Little Missouri offers cool-season trout fishing only.

Arkansas’s world-famous trout waters are a great experience for the expert or novice, those fishing for dinner, for a trophy mount or just for the sport in a catch and release area. Arkansas has 153 miles of tailwater trout streams and 95,000 acres of trout-stocked reservoirs. 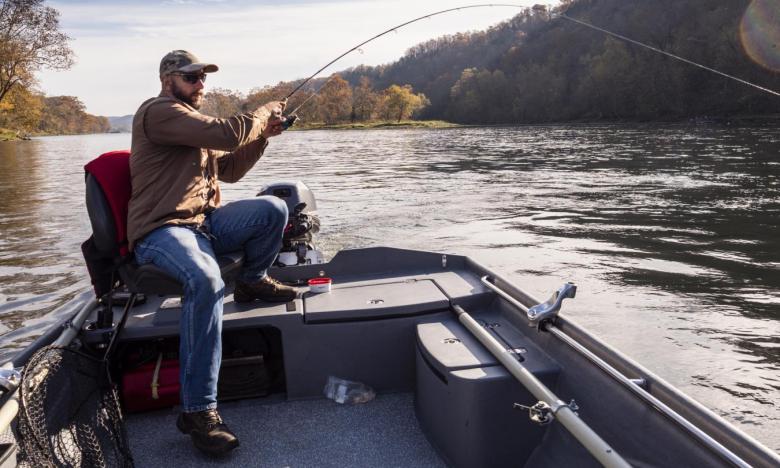 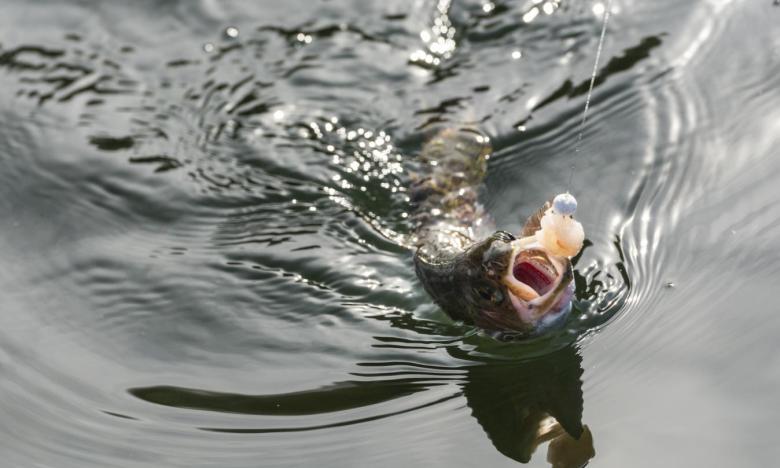 Fisherman catches a trout while fishing at Gaston's
Itineraries, Trips & 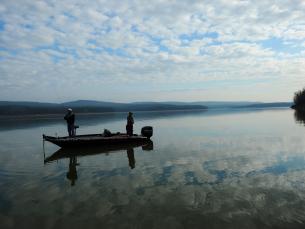 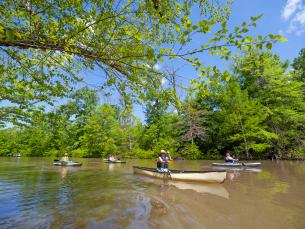