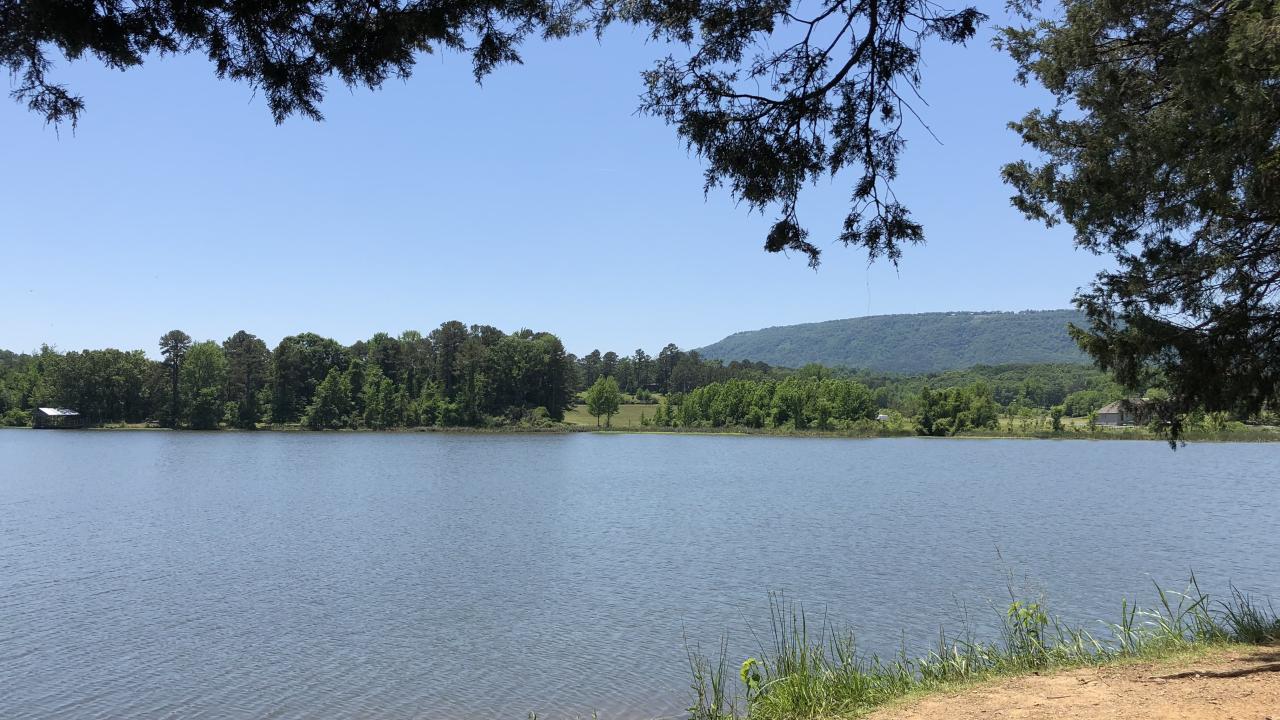 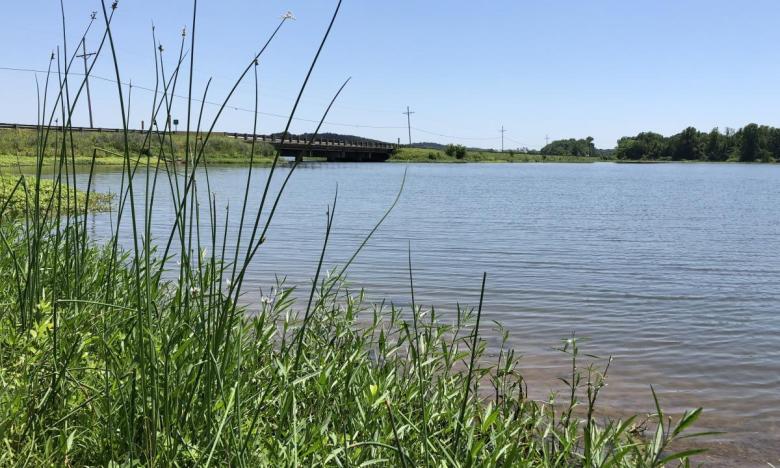 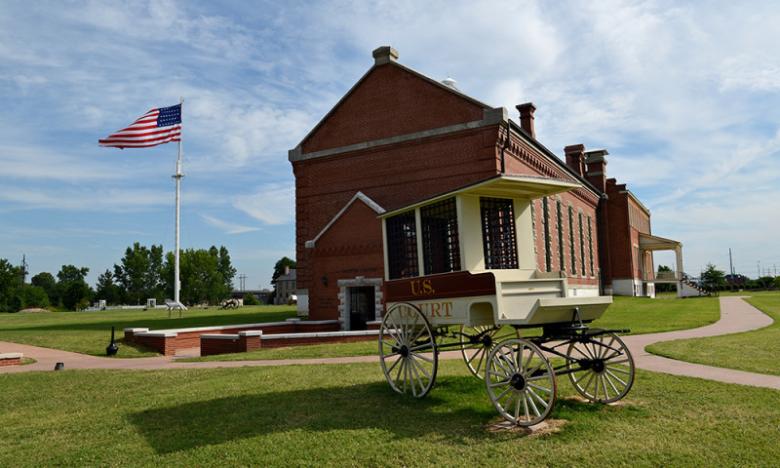 “True Grit” aficionados can now drive the True Grit Trail in Arkansas, traveling along AR 22 between Dardanelle and Fort Smith.

The Trail pays tribute to the bestselling 1968 novel “True Grit” by Arkansas author Charles Portis and the route symbolizes the path Mattie Ross, a fictional character in the book, might have taken.

The story involves Rooster Cogburn being hired by Ross, a 14-year-old girl from Dardanelle, to track down her father’s killer and return him to Fort Smith to be hanged by Judge Isaac Parker. Cogburn is the famous fictional Deputy U.S. Marshal made popular by John Wayne in the movie of the same name 50 years ago. He won his only Oscar for the role. Other cast members included Arkansas’s own Glen Campbell, Robert Duvall and Dennis Hopper. In 2010, a new film adaptation directed by Oscar-winning filmmakers Joel and Ethan Coen was released nationwide, starring Jeff Bridges as Cogburn, plus cast members Matt Damon and Josh Brolin.

“True Grit” is set in Dardanelle, Fort Smith and Eastern Oklahoma. The area, portrayed as late 1870s Fort Smith and Indian Territory, is featured prominently throughout the films even though actual filming was in Colorado and New Mexico.

Since the 1940s, Wild West stories of Fort Smith have been showcased in books and movies such as “True Grit,” “Rooster Cogburn” and “Hang’ em High.” But, the real stories are even better than Hollywood and have been one of the primary drivers of tourism to Fort Smith, Dardanelle and the region.

The True Grit Trail will do the same. Following the trail is easy. The Arkansas Department of Transportation erected signage along AR 22 between Dardanelle and Fort Smith designating the route.

"When many visitors to The Natural State think of Western Arkansas, they recall the story behind the literary classic (and subsequent movies) 'True Grit' -- so it is most appropriate that we now offer the True Grit Trail so that they can experience the actual journey of the fictional Mattie Ross," said Claude Legris, retired executive director of the Fort Smith Convention & Visitors Bureau. "The wonderful adventures conceived by Charles Portis are primarily set in Fort Smith and Indian Territory, and while fictional, are closely based on the facts surrounding the settling of the west and we are happy to know that tourists can now get a better idea about life on the frontier."

The 75 miles of AR 22 making up the Trail can be driven by car in a couple of hours. To make the most of it though, stop and enjoy the rural scenery and good eats offered along the way. 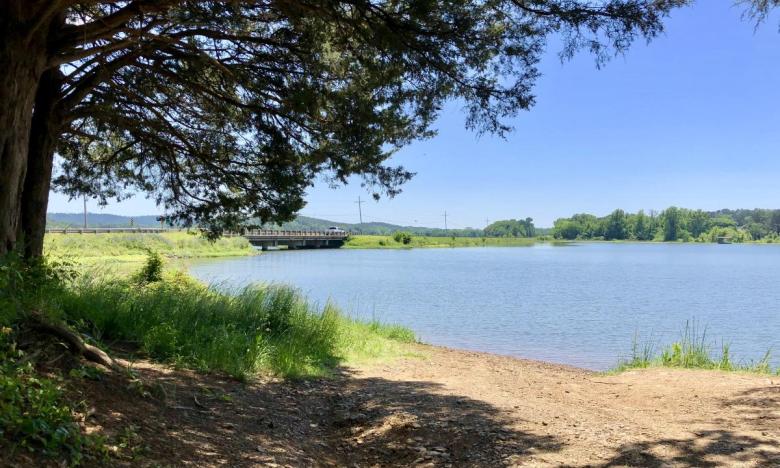 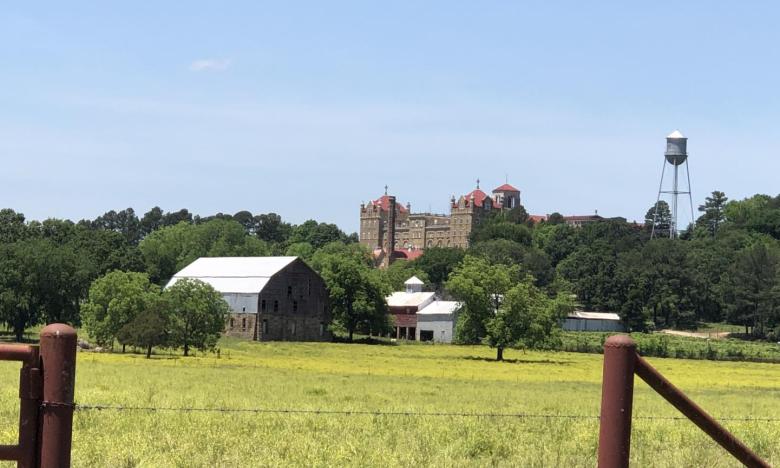 Subiaco Abbey as seen from the True Grit Trail

The Trail starts in Dardanelle with Mount Nebo rising up in the distance. A state park atop the mountain offers camping, biking and hiking. As you travel AR 22, the rural countryside unfolds and there are plenty of creeks and recreational areas with fishing accesses, such as Jones Creek, Delaware Creek, and Shoal Bay Recreation Area to explore.

Take a pit stop at Paris at True Grit Grounds, where you can get a cup of Rooster's Roast and a Trail's Triple Meat hoagie sandwich.

At the county line, you can stop for some Southern fare at the Catfish Barn and visit a Christmas tree farm a little further down the road. The town of Charleston has a big wide main street reminiscent of those found in Old West towns. Today, Charleston is home to small shops and services and well-preserved brick buildings. Don’t miss a stop for ice cream at the Dairy Diner.

A bridge passes over Big Creek, which isn’t so big. Then you pass the expected and unexpected - a Feed & Farm Supply, All American Paintball, and a giant Budweiser can. The giant can is found in Lavaca on private property southwest of town, on the southeast corner of highways 22 and 96. As the story goes, Earl Harris, Sr., was a local farmer and beer distributor who loved Budweiser so much, he painted one of his silos to look like a giant can circa 1975-1976. According to the label, this roadside attraction holds 8,734,902 fluid ounces of brew, enough to fill about eight swimming pools. 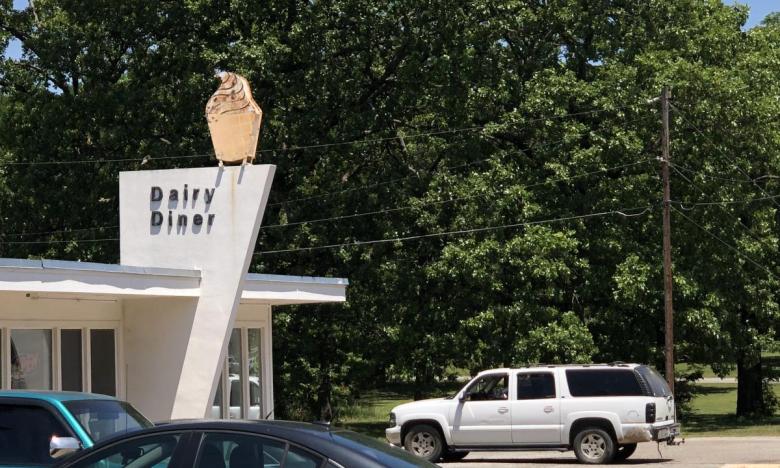 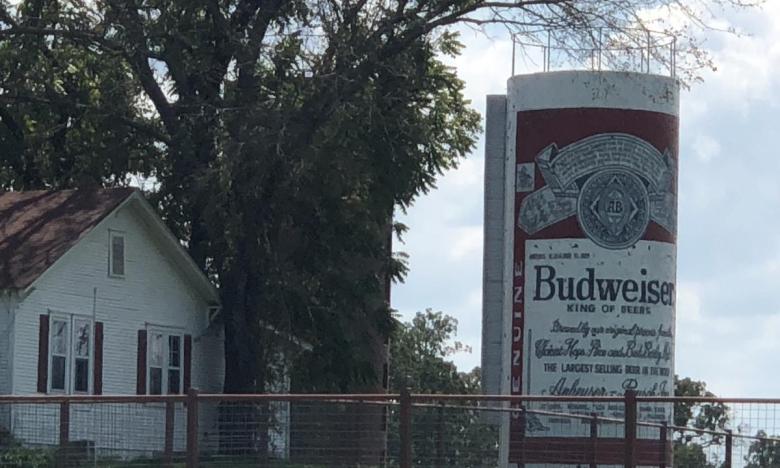 From here, the route leads past Fort Chaffee Joint Maneuver Training Center and on to Fort Smith.

The rich Old West history of the region and America is preserved on the grounds of the Fort Smith National Historic Site. Located in downtown Fort Smith, the site embraces the remains of two frontier forts and the Federal Court for the Western District of Arkansas. The National Historic Site commemorates a significant phase of America’s Westward expansion, and today stands as a reminder of 80 turbulent years in the history of Federal Indian policy. It also features Judge Isaac Parker’s courtrooms, re-creation of the 1886 gallows, the “Hell on the Border” jail and more. Exhibit topics include the army at Fort Smith (1817-1871), Trail of Tears, and the federal court including deputy marshals and outlaws.

You can also walk to where the first fort was built on Belle Point at the confluence of the Arkansas and Poteau rivers and imagine Ross riding her horse along the bank.

Soon, the U.S. Marshals Museum will open on its site along the Arkansas River, adding to the true stories of true grit. Speaking of true stories, Fort Smith is rich in history and genealogy research opportunities at locations such as the Fort Smith Public Library, the Family History Center and the Fort Smith Museum of History. The True Grit Trail can be the route to your roots. 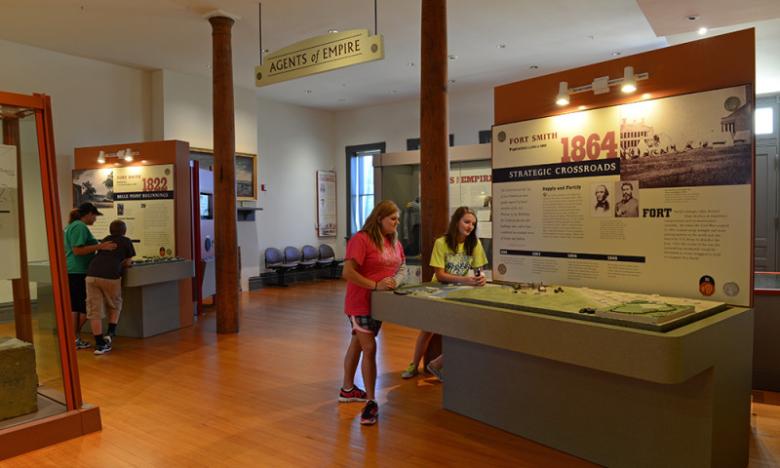 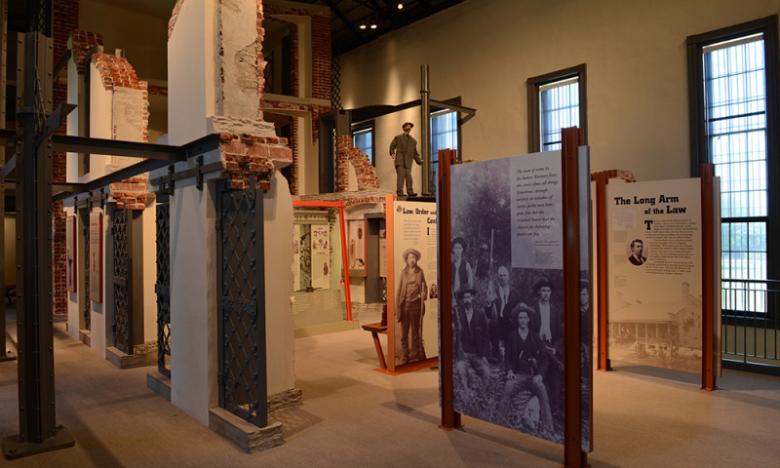 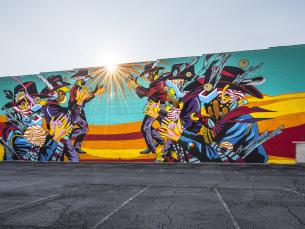 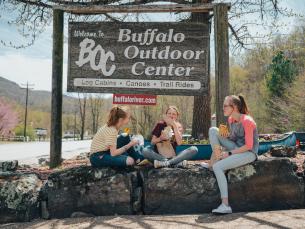