Fort Smith, Arkansas is a city of convergence. Its first fort was built at Belle Point, where the Arkansas and Poteau rivers unite. At one time, Federal marshals used to ride out of the United States and into Indian Territory at this juncture. Outlaws collided with Federal Judge Parker.

During the Civil War, the North met the South here with devastating results. The Butterfield Overland Mail Company maintained a division center at Fort Smith, a junction point for its southbound coaches from Tipton, Missouri, and its west bound coaches from Memphis, Tennessee. This colorful American background is the reason True West magazine selected Fort Smith, Arkansas as the Top True Western Town for 2013. The publication also named Fort Smith as one of the top five of the Top Western Towns for 2014. True West also honored the town with its "best promotion of a historical place" award for 2014. It has many sites commemorating and preserving Trail of Tears, Civil War and Butterfield Overland Mail Company route history that are now part of the Arkansas Heritage Trails System.

On the banks of Arkansas River, Fort Smith celebrates its Wild West history at museums like the National Historic Site, the homage to U.S. Deputy Marshall Bass Reeves with an impressive 25-foot-statue, through preservation of numerous historic homes and with annual festivals, such as its Old Fort Days Rodeo, held each spring. Downtown, Garrison Avenue is full of shopping, dining, arts, nightlife and entertainment venues. The city has numerous motels and hotels that cater to every budget and lifestyle.

Fishing opportunities abound with the Arkansas River Navigation System, which has created scores of quiet inlets and bayous filled with many kinds of native Arkansas fish. The area also has a reputation as a bird sanctuary. Other outdoor recreational opportunities such as hiking and canoeing can be found nearby at Fort Smith State Park, Devil's Den State Park and the Mulberry River. This military settlement has grown into a city that is a meetinghouse for the past, present and future with its well-preserved frontier spirit, its establishment of contemporary arts and entertainment venues, and its thriving community that is building for the future.

Fort Smith, Arkansas bills itself as the place “where the new south meets the old west.” Located on the Arkansas-Oklahoma border and near the junction of Interstates 40 and 540, Fort Smith, AR  is five miles from Van Buren, 47 miles from Arkansas wine country, and 63 miles from Fayetteville. It is accessible to travelers, vacationers, business groups, and tour coaches. With a metropolitan area population of more than 225,000 people, Fort Smith is one of the largest cities in Arkansas.

Interested in a vacation in Fort Smith, Arkansas? Get away to this historic and fun “western” town! 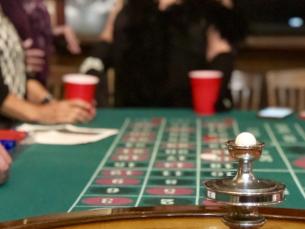 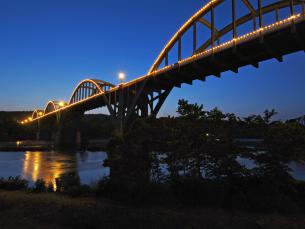