Get ready for some great music in the Arkansas Delta

Editor’s note: The events featured in this article occurred in 2017, but you’ll find other great happenings on our Events page.

Who doesn’t love music? Whether it’s blues, country, pop, rock, gospel…you name it…music speaks to us all. Over the next few weeks, musical events in the Arkansas Delta celebrate the music that we all love.

On Sept. 15-16, Walnut Ridge commemorates the town’s musical history of the Fab Four with Beatles at the Ridge. In September 1964, the four lads from Liverpool landed at the Walnut Ridge airport on their way to a quick vacation in Missouri. When they returned, they didn’t expect the entire town to be waiting, but they were. Since then, Walnut Ridge has honored that historic visit by erecting the Beatles Sculpture and featuring John Lennon’s Epiphone Casino in the Guitar Walk. And since 2012, the town has hosted the Beatles at the Ridge festival each September. This year’s festival will celebrate the 50th anniversary of the release of one of the Beatles most beloved album, Sgt. Pepper’s Lonely Hearts Club Band. The festival features great live music on Friday and Saturday, along with a car show, the Rockin’ Wings at the Ridge cook-off, an artists and authors symposium, activities just for the kids and much more. To see the entire schedule, visit the festival website at www.beatlesattheridge.com.

In historic Helena, the King Biscuit Blues Festival celebrates 32 years of great music on Oct. 4-7. Wednesday, Oct. 4, is Warm-Up Wednesday, where visitors can see how the festival comes together and includes a jam from the main stage, as well as the opportunity to check out the official KBBF merchandise and purchase main-stage tickets. Thursday, Oct. 5, is the official kick-off of the 32nd annual King Biscuit Blues Festival. This year’s headliners are all first-time performers at the quintessential festival. Thursday night’s headliner is Louisiana’s own Tab Benoit, known not only as an acclaimed bluesman but also as a dedicated conservation advocate. Friday, Oct. 6, brings JJ Grey & Mofro to the festival’s main stage, along with the group’s mix of blues, funk, soul and rock. Closing out the festival on Saturday, Oct. 7, is Gov’t Mule, a southern rock jam band formed in 1994 by The Allman Brothers Band members Warren Haynes and Allen Woody. For a full lineup of performers and activities, visit www.KingBiscuitFestival.com. 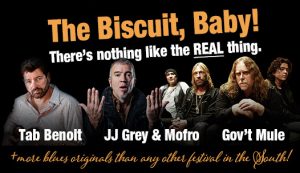 The inaugural Johnny Cash Heritage Festival is set for Oct. 19-21 in Dyess. The event extends

beyond music to become a “heritage” festival, creating a great sense of both time and place associated with Johnny Cash’s early years. The festival’s main stage will be located alongside Cash’s boyhood home and features performances by Buddy Jewell, Tommy and Joanne Cash, and Rosanne Cash and Kris Kristofferson. Festivalgoers will also find regional arts and crafts and regional and local flavor food vendors. For the full lineup of events, visit johnnycashheritagefestival.com. 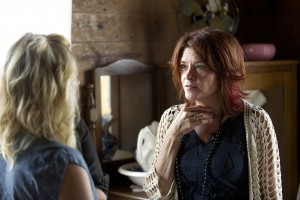