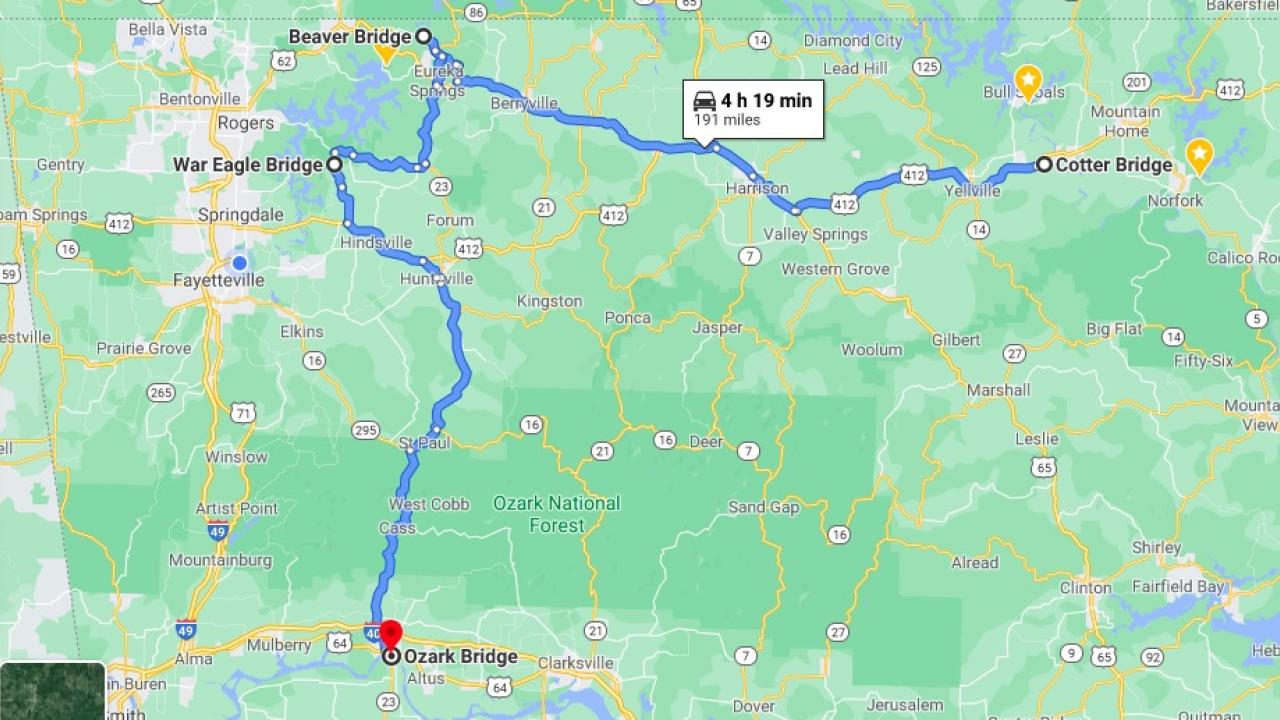 Take a tour of these bridges in Arkansas

We mostly think of bridges as serving a functional purpose, but aesthetics play a role in bridge construction as well.

Take a tour of these rare examples of engineering and art to enjoy the beauty of bridges as well as the enticements they lead to in Arkansas. 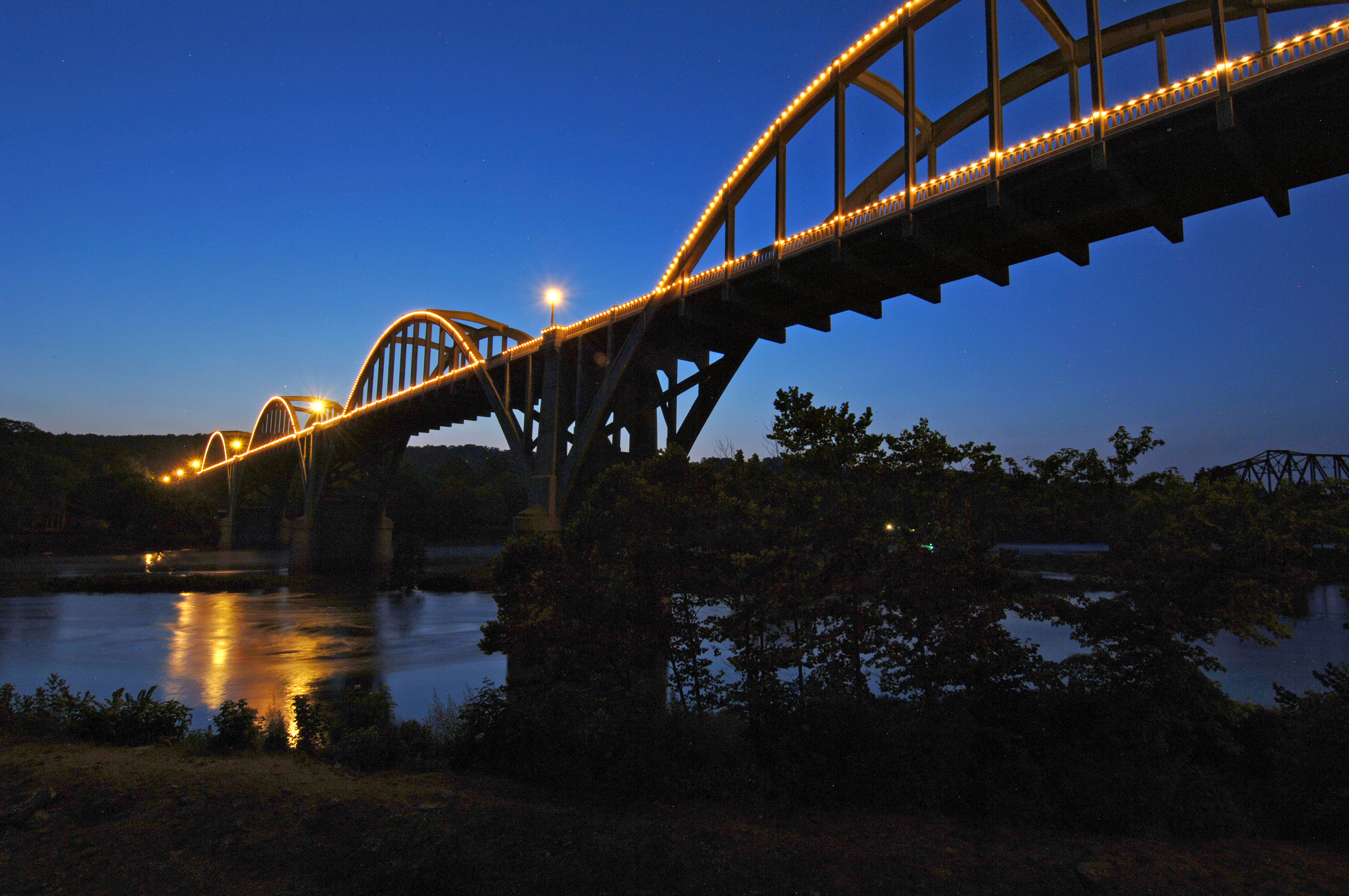 Built in 1930, Cotter Bridge is the only bridge in Arkansas known to be designed and engineered by the Marsh Engineering Company, a significant 20th-century bridge-building company. Among the largest they ever designed, it is also an excellent example and single surviving example in Arkansas of the company's patented Marsh Rainbow Arch. A unique feature of the bridge is that it was constructed using a cableway, suspended across the river to transport all materials to various parts of the structure.

Every angle of the bridge offers profound beauty, not only because of its design, but also because of its location spanning the renowned White River in the Ozark Mountains of Arkansas. The bridge brought access to relatively unseen parts of the region that has become a huge recreational area for the U.S.

Consisting of five arches, it’s listed on the National Register of Historic Places and was rehabilitated in 2004. Its formal named is the R.M. Ruthven Bridge and it takes travelers throughout beautiful countryside on U.S. 62 west of the city of Cotter. It became Arkansas's first National Civil Engineering Landmark in 1986.

Things to do in the area - Big Spring Park and trout fishing on the White River. The town bills itself as the “Trout Capital of the USA.” 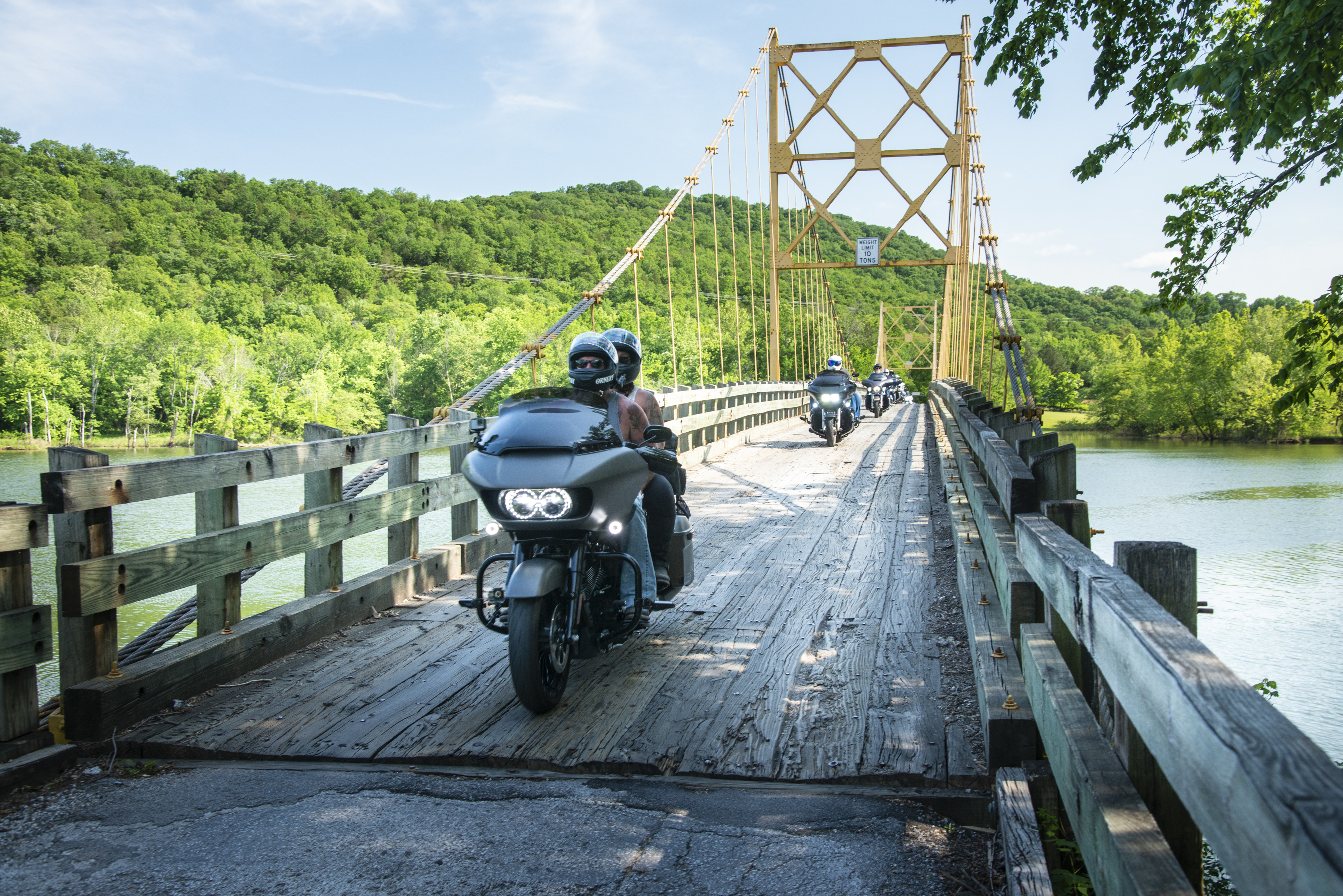 A rare example of a suspension bridge in Arkansas, the Beaver Bridge is the last one of its kind in Arkansas open to vehicular traffic. Built in 1949, it’s often referred to as the "Golden Gate of the Ozarks” and was featured in the 2005 movie, “Elizabethtown.”

This historic one-lane suspension bridge carries folks on AR 187 over the White River at Table Rock Lake. Rehabilitation of the bridge occurred in 1981 and in 2003 and has a 10-ton weight limit. It was added to the National Register of Historic Places in 1990.

It’s an often photographed site in every season.

Things to do in the area - shopping, dining, art, outdoor fun, and attractions in Eureka Springs. Fishing on the White River and water sports on Table Rock Lake are also popular. 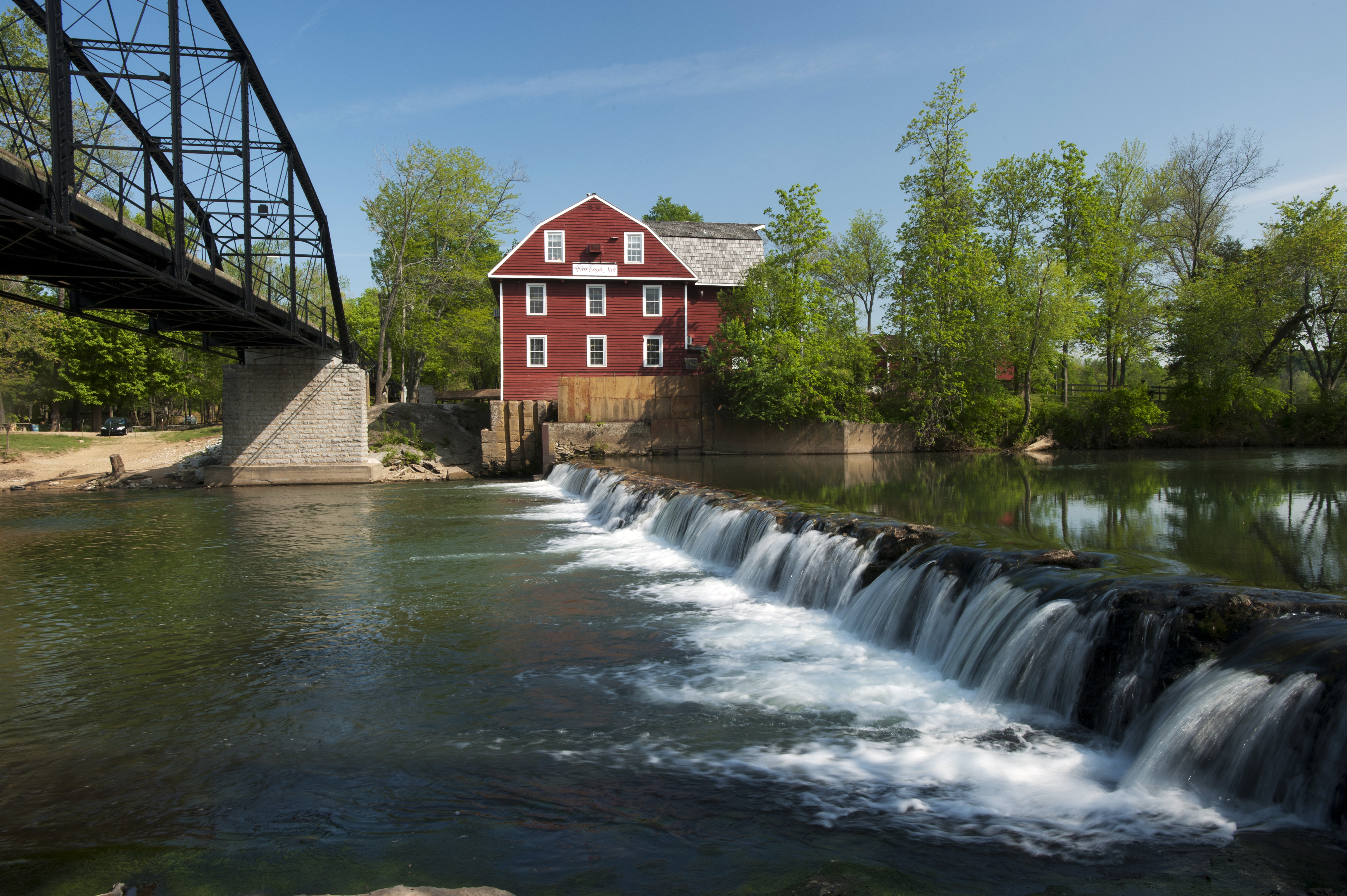 War Eagle Bridge is a one lane, steel bridge built in 1907 that adjoins the well-known War Eagle Mill. It is the only Parker truss bridge in Northwest Arkansas, and one of only 17 steel truss bridges in the state. This historic bridge is listed on the National Register of Historic Places.

Located in the town of War Eagle on War Eagle Road (County Road 98), the bridge spans War Eagle Creek. Settlement of War Eagle began in 1832 with the establishment of a grist mill and saw mill along the creek, a tributary of the White River. While little remains but the name and the mill, the bridge is considered an extremely picturesque spot in Arkansas and is popular with locals and visitors. Cars and pedestrians share the bridge and anglers love fishing beneath it. 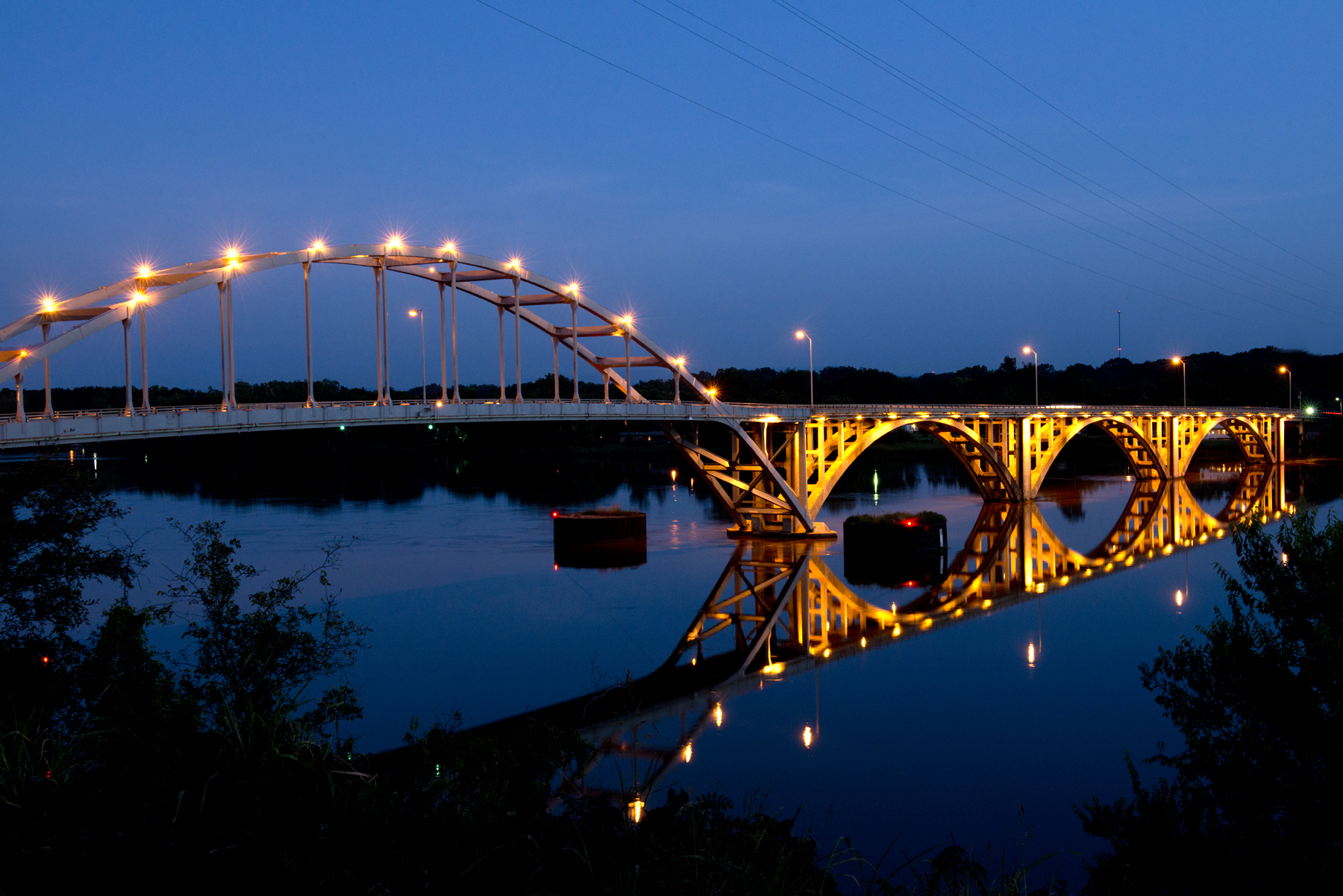 Ozark Bridge, spanning the Arkansas River on AR 23, was constructed in 1929. It’s a six-span concrete arch bridge located on the southern edge of the Ozark Mountains leading to the Arkansas River Valley. Open to two-lane traffic, its main span was replaced in 1970. It is now lighted at night for an incredible river scene. 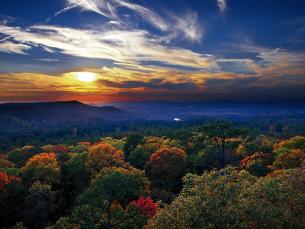