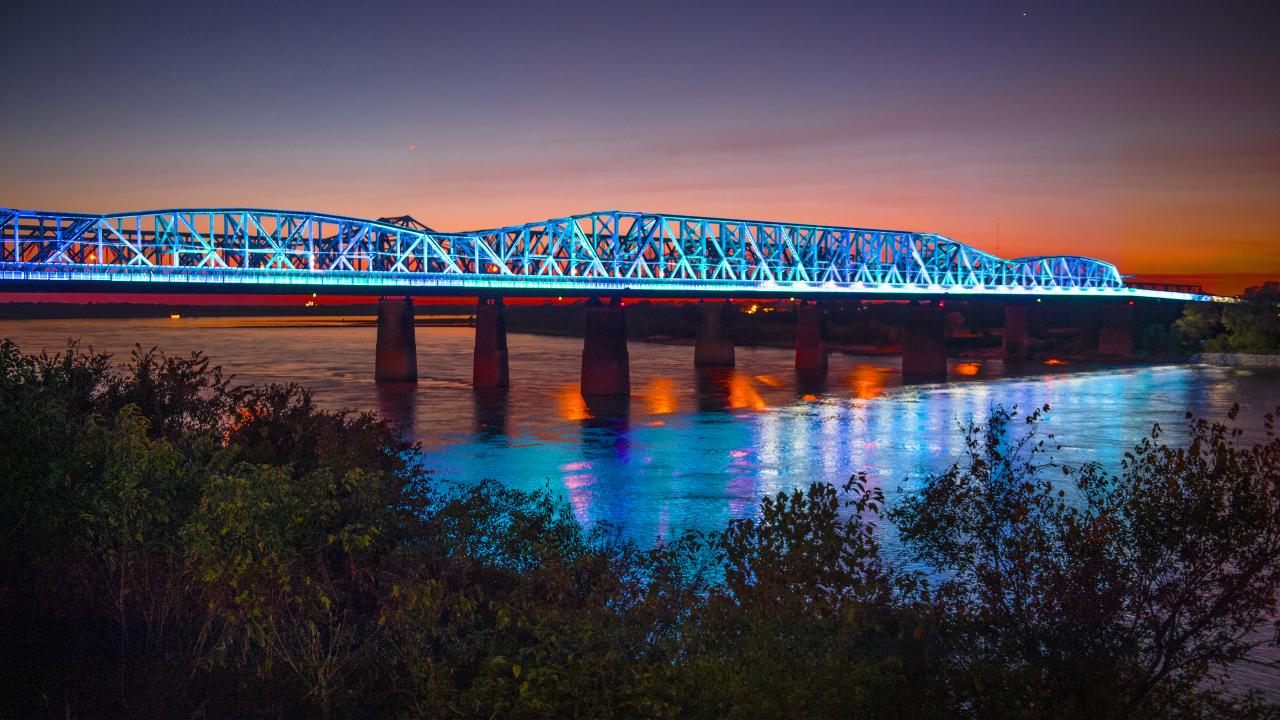 The Big River Crossing lights up the Mighty Mississippi.

On February 16, 2021, Arkansas’s section of the Great River Road National Scenic Byway was designated the state’s first All-American Road. To receive an All-American Road designation, a road must possess multiple intrinsic qualities that are nationally significant and have one-of-a-kind features that do not exist elsewhere. The road or highway must also be considered a “destination unto itself.” That is, the road must provide an exceptional traveling experience so recognized by travelers that they would make a drive along the highway a primary reason for their trip. These roads are considered the very best of America’s National Scenic Byways. 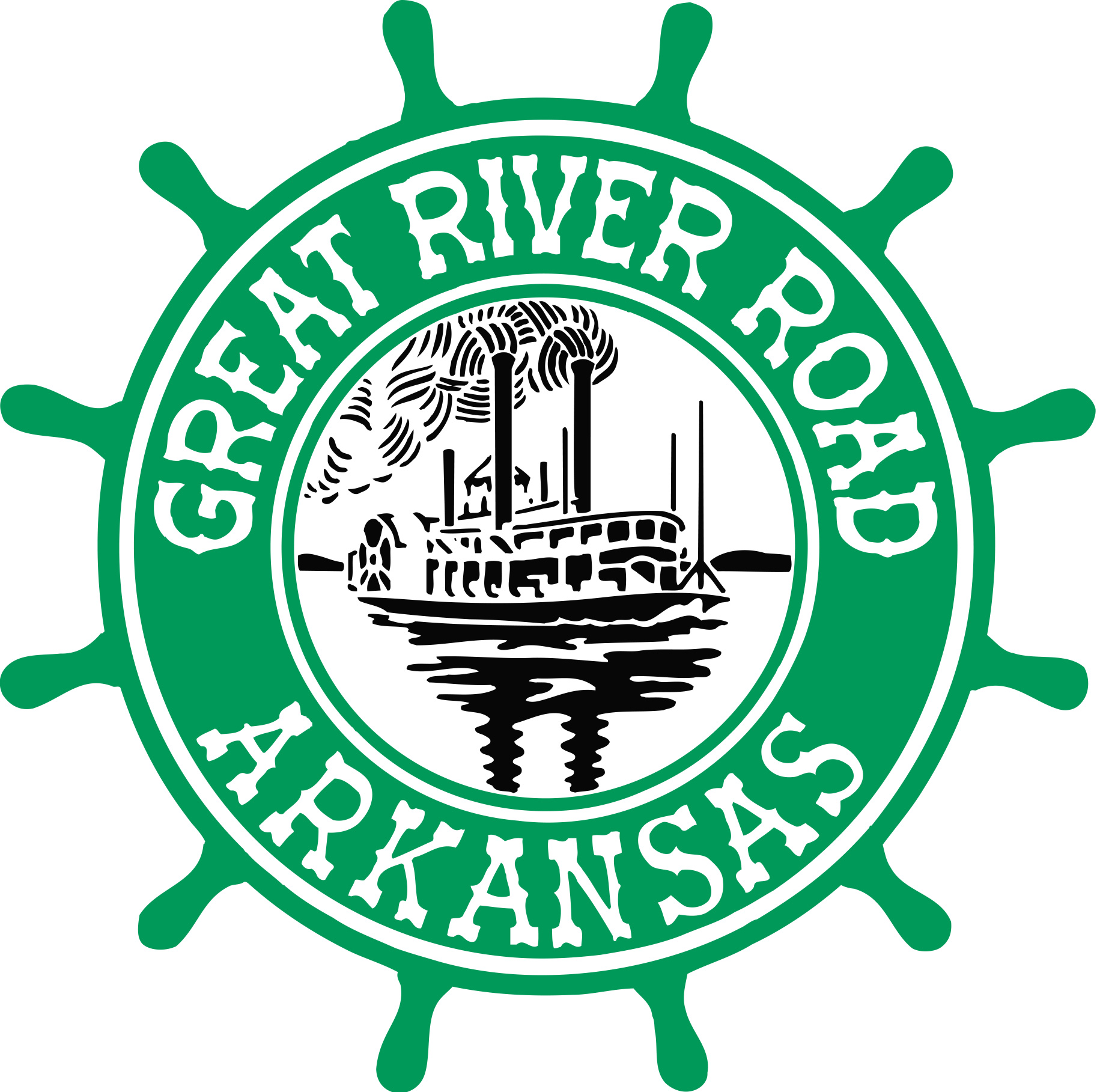 Arkansas focused on two intrinsic qualities in the application for All-American Road status: history and culture.

In Arkansas’s Upper Delta, four sites were included in the application based on their important contributions to the history and culture of the Arkansas Delta. Take some time and visit these locations and experience why the Great River Road National Scenic Byway was designated an All-American Road. 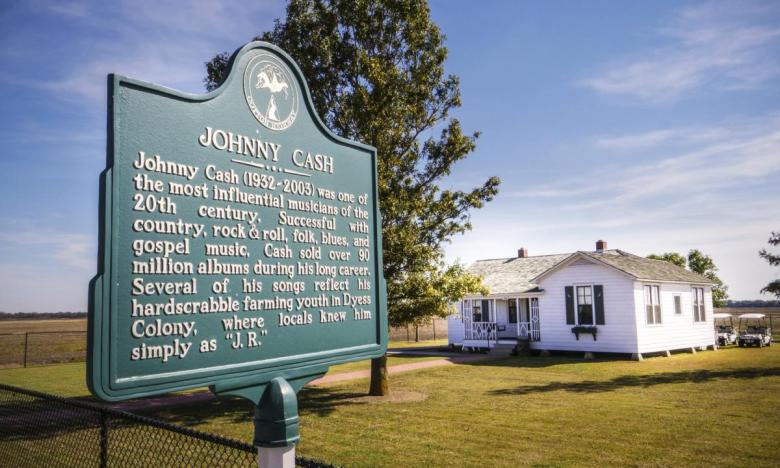 Visit the Man in Black's boyhood home in Dyess.

Historic Dyess Colony: Johnny Cash Boyhood Home in Dyess combines both history and culture along Arkansas’s section of the Great River Road National Scenic Byway. In May 1934, “Colonization Project No. 1” was established in southwestern Mississippi County and named for W. R. Dyess, Arkansas’s first Works Progress Administration head, who suggested the idea of giving tenant farmers the opportunity to own their own land to one of FDR’s advisors. The colony was laid out in a wagon-wheel design, with a community center at the hub and farms stretching out from the middle. There were 500 small farmhouses, each with five rooms and an adjacent barn, privy and chicken coop. The houses were white-washed clapboard, each having two bedrooms, a living room, a kitchen and a dining room, plus a front and back porch. J.R. Cash was three years old when his family moved to Dyess. He grew up there. He went to church there. He suffered his first major loss there, when his beloved brother Jack died following a sawmill accident in 1944. He would later say that many of his early songs, like “Five Feet High and Rising,” were inspired by his time in Dyess. He left the community in 1950 to join the Air Force. He would eventually become one of the most influential musicians in the world. 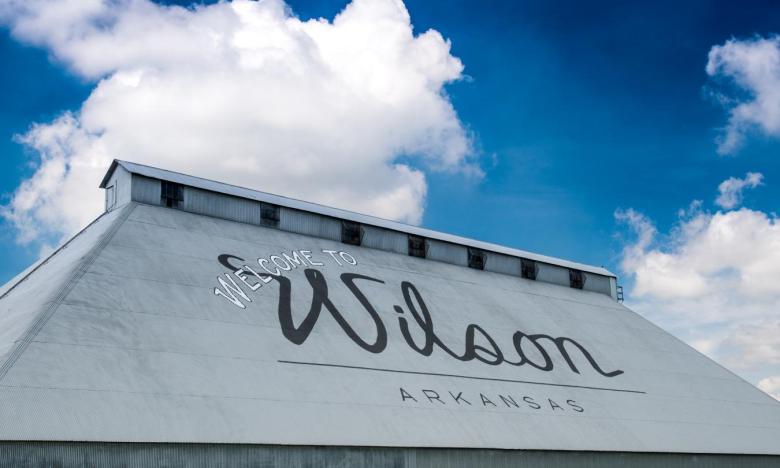 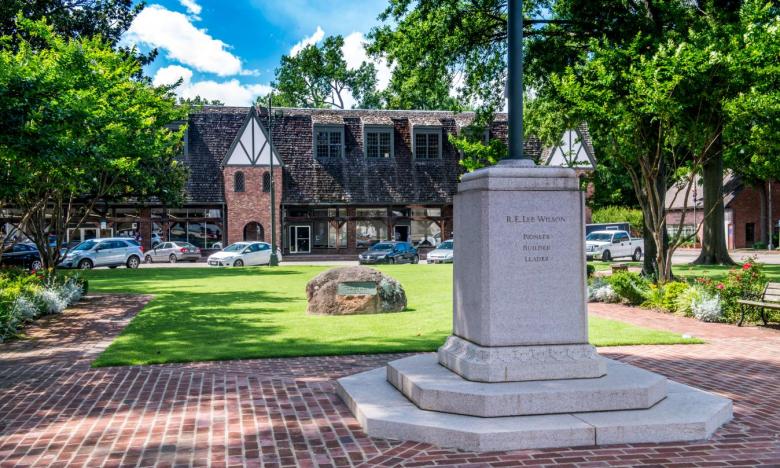 The town of Wilson and Hampson Archeological Museum State Park are examples of the history and culture of the Arkansas Delta, and both are located directly on U.S. 61 (Arkansas’s Great River Road). Robert E. Lee Wilson established a sawmill in 1886 and a community soon built up around it. Unlike most timber men, Wilson held on to his cleared land and began farming operations. The town of Wilson, located directly on U.S. Highway 61/Arkansas’s Great River Road, became the center of his operations. Constructed as a model town, its residents enjoyed a standard of living that was higher than the average for most Delta residents. In the 1930s, all households paid $1.25 to cover basic medical care and had access to healthcare from company doctors at a time when most people had none at all. Homes were rented for low monthly rates with lawn maintenance and water included in the rental price. After Wilson’s son, R. E. Lee Wilson Jr., and his new bride returned from their wedding trip to England, they set out to build a large home in the Tudor style. From the time it was finished in 1925, all buildings in Wilson were built in the same manner. Existing buildings were retrofitted with brick façades to obtain the Tudor styling as well. The cottonwood trees that shade the community were one of the first beautification projects. They were chosen because they had no commercial value, and no one would be tempted to cut them down.  He was able to fashion his 65,000-acre plantation and lumbering operation by purchasing cut-over land considered worthless by less imaginative men and then draining and developing the swamps. His substantial holdings and creative financing allowed him to weather the economic catastrophe of the 1920s relatively unscathed. By the time the New Deal was implemented in 1933, Lee Wilson & Company was characterized as operating the largest cotton plantation in the South. 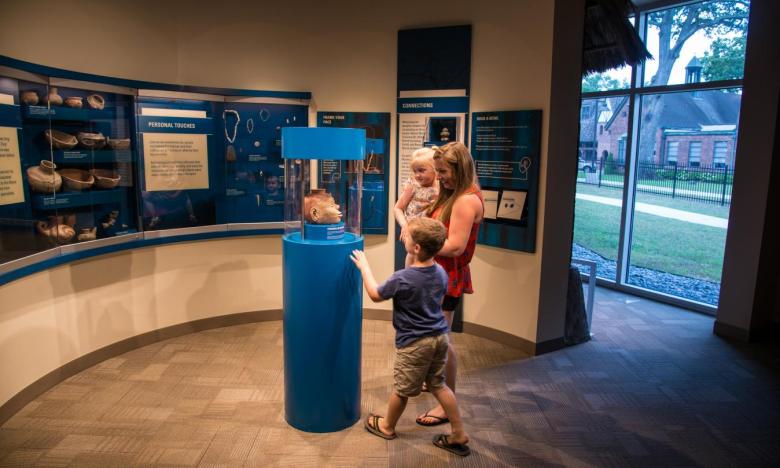 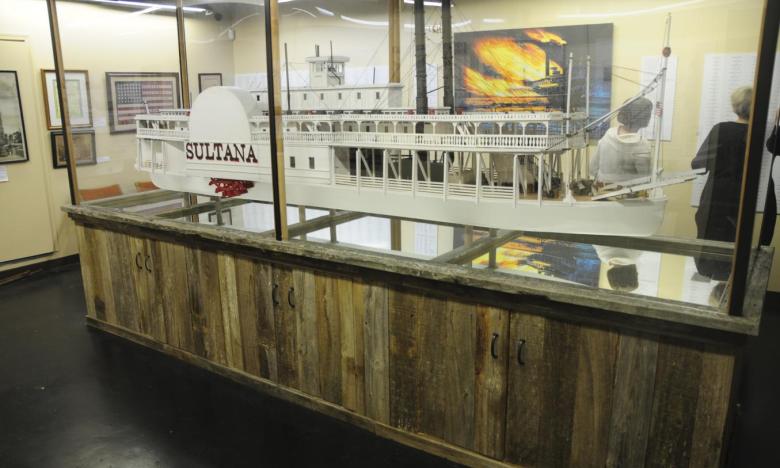 The Sultana sank in the Mississippi River in April 1865 and remains America's worst maritime disaster.

The Sultana Disaster Museum, located in Marion, is the only museum dedicated to America’s deadliest maritime disaster. The Sultana Disaster Museum tells a story that most people do not know, the explosion of the Sultana, which took place on the Mississippi River in April 1865. On the early morning of April 27, 1865, the SS Sultana exploded on the Mississippi River near Memphis, killing nearly 1,800 of the nearly 2,400 passengers onboard. Many of those were former Union soldiers, on their way home following the end of the Civil War. The boat sank near Marion, where the Sultana Disaster Museum is located. Descendants of passengers on the Sultana have donated items to the museum, which is currently in the process of constructing a new, state-of-the-art facility. 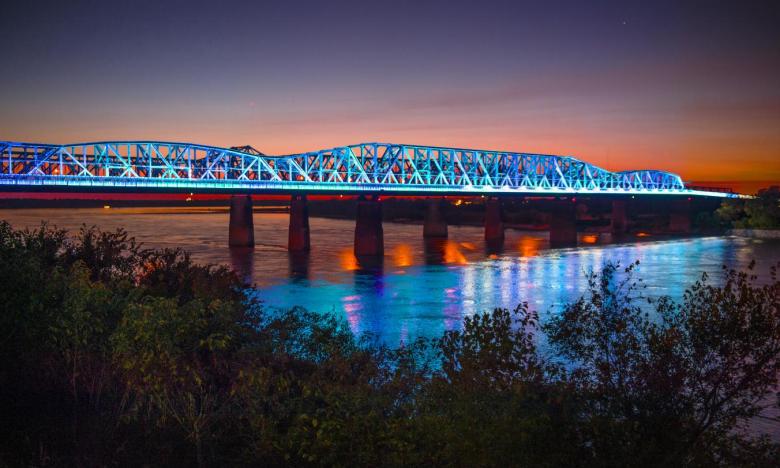 The Big River Crossing lights up the Mighty Mississippi.

The Mississippi River itself is one of the most iconic cultural aspects of the Arkansas Delta. The river brought immigrants, food, music and cultures of other countries to Arkansas. It formed a new culture along the entire Mississippi River Delta. The Big River Crossing connects West Memphis to downtown Memphis. A major focus of the Big River Crossing is the “big river” itself, which visitors view from the nearly one-mile walkway built alongside the historic Harahan Bridge, one of the river’s former roadways. Opened in 1916, the Harahan Bridge connected West Memphis and Memphis and was used for over 30 years. The structure features two railways and two roadways built along the side of the main bridge structure. The bridge was used for vehicle traffic until 1949, when the nearby Memphis-Arkansas Memorial Bridge (or now known by locals as “The Old Bridge”) was opened. The Big River Crossing has the distinction of not only being the longest public pedestrian bridge across the “Father of Waters,” it is also the country’s longest active rail/bicycle/pedestrian bridge. The views of the mighty Mississippi from the walkway are unparalleled. When fully completed, the Arkansas side of the Big River Crossing will also boast the Delta Regional River Park, complete with biking and walking paths, wayside exhibits and a focus on the ecology and natural beauty of the area. In conjunction with the opening of the Big River Crossing, for the first time in history, the St. Francis Levee board approved unanimously to open the Mississippi River levee from West Memphis to near Marianna to bicyclists and pedestrians, allowing creation of the Big River Trail. 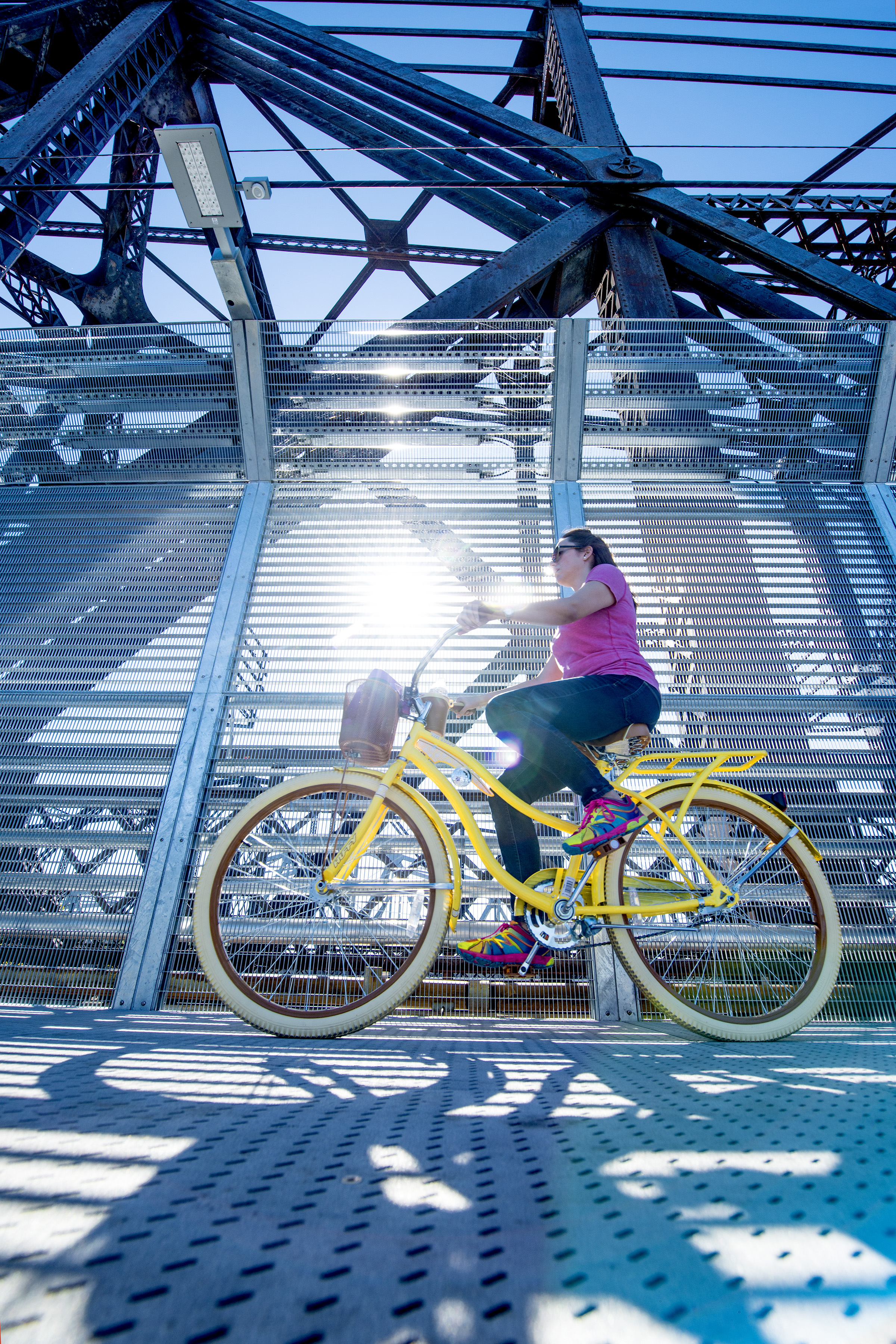