This historic Delta town was founded in the late 1800s by Robert Lee E. Wilson. It is situated on Arkansas's portion of the Great River Road.  Wilson began as a company town for Robert E. Lee Wilson's nearby logging and sawmill operation founded in 1886. When Wilson decided to use the cleared land for agricultural purposes instead of selling it after the timber had been harvested, the community prospered. Wilson's son, Wilson Jr. and his wife, came back from their Great Britain honeymoon in 1925, enamored with the Tudor style architecture. All public buildings in town were then built in that style, including retrofitting of all existing public structures. The town incorporated in 1959 with renters purchasing the homes there were living in. The current population is around 1,000 people. Hampson Archeological Museum State Park houses an outstanding collection of artifacts from the Nodena Native Americans, which were in the area from 1400 to 1650 A.D. While in town, drop in at the Wilson Cafe. 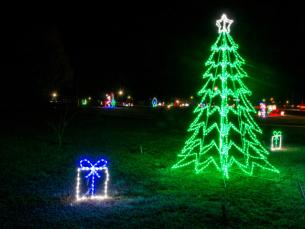