Ashdown is around 2.5 hours from Little Rock and is located in Little River County. The county got its name due to the area's close proximity to the Little River, which flows into the Red River near Texarkana. This county, established in 1867, is located in the southwest corner of the state and the two rivers form major parts of its boundary. Towns in the county include Ashdown, Foreman, Ogden, Wilton and Winthrop.

The town arose as a result of the construction of the Kansas City Railroad and incorporated in 1892.

Ashdown became the county seat in 1906 and constructed the present courthouse a year later. The Little River County Courthouse, Neo-Georgian in design and topped by a dome, is a platform for a gorgeous display from Thanksgiving until New Years when it is covered with Christmas lights. The building is now on the National Register of Historic Places.

Millwood Lake and Millwood State Park, rated among the best birding sites in the state, are well known destinations here for fishing and camping. Nine other properties in the county are on the National Register, including the Hunter/Coulter House in Ashdown, the Will Reed House in Alleene, and the New Rocky Comfort House in Foreman. Ashdown also recently established the Two Rivers Museum, sponsored by the Little River County Historical Society. Just north of Millwood Lake is White Cliffs Natural Area. The area is protected by the Arkansas Natural Heritage Commission. The town is also home base to the Pond Creek National Wildlife Refuge. Texarkana is around a twenty minute drive from the city.

The Lilly Pad at Jack's Isle

Cabin One at Yarborough Landing 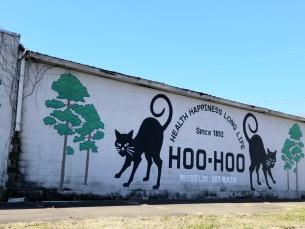