Des Arc, which is located around 60 miles east of Little Rock, is one of the oldest river ports in Arkansas.

James Erwin and George C. Watkins, who plotted Des Arc in 1848, are considered the founders of the town, which was incorporated in 1854. Des Arc became an important stop for steamboats transporting lumber as well as cotton grown in the fertile area.

During the town's heyday, eight sawmills operated along the White River. Fishing, boat-building and mussel harvesting were also vital to the economy. Mussels provided not only food, but shells for making buttons, which was a major industry in the region during the late 1800s.

Des Arc is located along the historic Butterfield Overland Mail Route from Memphis to Fort Smith, a mail route established in 1858 by a former stagecoach driver from New York. The route, along with other historically significant passages, is now part of the Arkansas Heritage Trails System.

After the Civil War, the White River's importance as a transportation route diminished as many goods that had once been shipped by boat were transferred to trains. But, the area's timber industry fared well as the demand for cross ties increased. The river remained popular for fishing, and several commercial operations flourished.

Today, one sawmill operates in Des Arc, and both commercial and recreational fishing continues on the river while barges move grain down the still vital channel.

Since the founding of Des Arc, farming has remained a staple in the area's economy. Rice, soybeans, cotton and winter wheat are still major crops grown by farmers around Des Arc.

The importance of the White River in the formation of the town is preserved by the Lower White River State Park Museum. Area history is also found in the Prairie County Log Cabin Museum located next door to the state park. The museum is not the only way in which the community remembers its past. Des Arc also holds an annual Steamboat Days Festival. 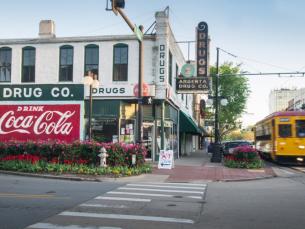 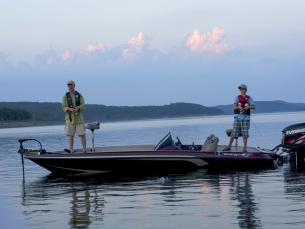